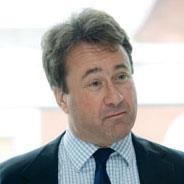 Construction group Morgan Sindall has said it has performed in line with expectations since its half year results in June despite “upward pressure on material costs and subcontractor costs.”

The firm said it had seen no significant change in market conditions in the third quarter of the calendar year, though “margin contraction” in its construction arm is likely to impact upon its group-wide profit margin.

It said it had seen “early indications of increasing confidence of market improvement through 2014 and beyond” in its fit-out division, and that rising subcontractor costs for its construction arm would provide “additional management challenges.”

Likewise it said a rising market for its housing arm, Lovell, which saw a 41% increase in open market sales, was being offset by “significant competitive pressure on construction revenue and margins, exacerbated by increasing material costs and subcontractor costs.”

It reported strong performance in its urban regeneration arm, Muse, and said it had improved average daily net debt from £32m in the first half of the year to £13m in the third quarter.