Don’t blame government – Carillion’s problems are its own 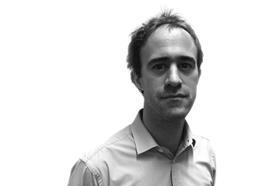 The shocking collapse of £5bn turnover Carillion has been greeted with howls of protest from opposition politicians keen to cast the finger of blame on a government clearly distracted and overtaken by Brexit.

Labour shadow cabinet office minister Jon Trickett called on the government to answer questions on exactly how a firm in such a parlous state was awarded lucrative contracts in July 2017 by HS2 and the MoD after it admitted the extent of its problems. Meanwhile Lib Dem leader Vince Cable tweeted about the need for a “urgent inquiry” into government contracts for the collapsed firm, and Labour peer Andrew Adonis has been making a similar point to anyone who will listen.

HMG has big questions to answer. Why were they awarding contracts to Carillion after the exposure of its problems in July? What contingency planning did they do for the collapse? 20,000 jobs & huge projects at stake! More Brexit-induced Whitehall paralysis & incompetence. https://t.co/dYZ4XUUWgn

But, however tempting it is to focus on the government’s role in this corporate catastrophe, it is important to remember that it is Carillion’s executives and (most particularly) former executives who have the real questions to answer.

Undoubtedly the government will have to defend its conduct in the coming days and weeks. But prima facie, it looks not to have much of a case to answer. The contracts awarded since Carillion’s July profit warning are all in joint venture with clear step in obligations on the joint venture parties. Thus, it was not really a risk of taxpayer money to award them, and they also gave Carillion valuable breathing space to attempt a refinance which could at that point still have saved the business. Remember that before Christmas, the analyst consensus was that, with tacit government support, and shareholders taking a haircut, Carillion would make it through.

Actually, yesterday’s intervention by the government is ensuring that 20,000 UK workers and thousands of subbies will continue to get paid, offering the sector a fighting chance (though alas no more than that) of an orderly liquidation of the firm. Therefore, unless opposition politicians are really making the case that the government should have intervened to nationalise Carillion before it fell into receivership (which no-one is), or that it should have pushed it into administration last summer by denying it government work then, it’s hard to see what more could have been done.

How did it take until last summer before management added up the huge problems on a raft of contracts – some of which JV partners had reported losses on six months before – to issue its infamous July profit warning?

Meanwhile, the questions addressed to Carillion’s bosses don’t have such ready answers. Principally, how did it take until last summer before management added up the huge problems on a raft of contracts – some of which JV partners had reported losses on six months before – to issue its infamous July profit warning? What were the accounting practices that allowed it to continue to book healthy profits for years while problems (now admitted) went unreported? Why is it that the stock market’s opportunistic short sellers had seemingly been aware of issues at the firm since mid 2015? (from which point they consistently held more 15% of the firm’s shares)

City regulator the Financial Conduct Authority is undoubtedly asking all these questions in the investigation it is running into the “timeliness and content of announcements made by Carillion between early December 2016 and July 2017.”

Of wider concern for the industry, or course, is what the collapse says about the way the industry does business, the fixed price contracting model, PFI and the risks and rewards of working overseas. The industry will do well to focus on all these questions, and the lessons that will undoubtedly be in their answers. Most vital is working out how to prevent something similar happening in future. The political blame game is a side-show.