Tuition fees and the risk to university projects 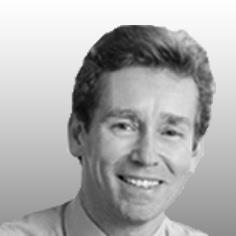 The impending election is creating a debate about University funding. Labour are suggesting that they may reduce student fees from typically £9k per student per annum to £6k, replacing the loss in income with a £2bn old-style grant. The concern here is that so far there are no published plans as to how this £10bn will be found.

It has also been reported that a Labour government may re-introduce a cap on the number of students that a university can recruit.

This double whammy of a cut to student fees and a cut in student numbers will mean less revenue for universities, which on average currently run an overall surplus of 2-3% a year. This surplus is critically funding many capital projects within the sector.

The uncertainty that this debate will create for universities is likely to have an impact on capital investment. This in turn could hit construction industry revenues, reduce jobs and lessen the ability of universities to be competitive in the global market for students.

The uncertainty that this debate will create for universities is likely to have an impact on capital investment. This in turn could hit construction industry revenues, reduce jobs and lessen the ability of universities to be competitive in the global market for students.

University capital expenditure has increased over the years that student fees have been in place and stood at £2.75bn in 2013. About two-thirds of this is financed in-year by the surplus that Universities make on their revenue.

On average, universities only have to borrow 15% of their capital funding requirement, the rest being made up of land sales and grants from public and private sources. The proportion that is financed by student fee  surpluses has increased over the last two years. Projects in the pipeline now will drive further growth, if they are taken forward.

At present universities are able to drive their own business plans, balancing their own judgements on their recruitment and student fee income against capital investment needs.

This means that investment decisions are made more on the basis of a medium- to long-term business plan than they have previously been. Universities are in control of their destiny.

Our experience is that this is leading to the implementation of carefully chosen projects which are designed to focus on what a particular university does best, and to boost applications by improving the student experience. These investments are essential to maintain position in what is a global market for both international and home-grown students.

Uncertainty over university funding could lead to a reduction of between £0.5bn and £1bn in university capital spending a year. University control over their investment decisions will be reduced and they will worry that government control over ‘top-up’ grants could mean that these will be changed on a year to year basis, removing the opportunity for institutions to take a longer term view on the development of their estate and opportunities therein to drive coordinated lower carbon and more energy efficient strategies.

It has been estimated that University capital spending in the leading Russell Group institutions has a 5x multiplier effect for the economy. Hence this investment reduction could take up to £5bn out of the economy and would remove 25,000 construction-related jobs annually. It will also reduce the competitiveness of UK universities, damaging an export industry worth over £10bn a year, which is critical to the success of the UK economy.