2
And if none of that appeals
Focus

And if none of that appeals 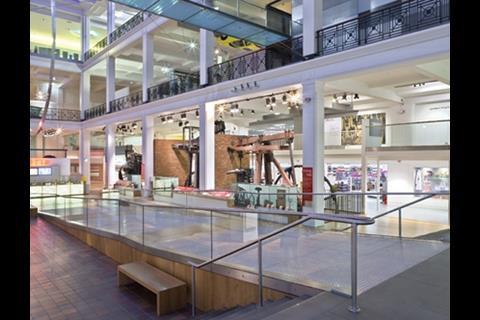 One of Parkeray’s London projects: The Science Museum 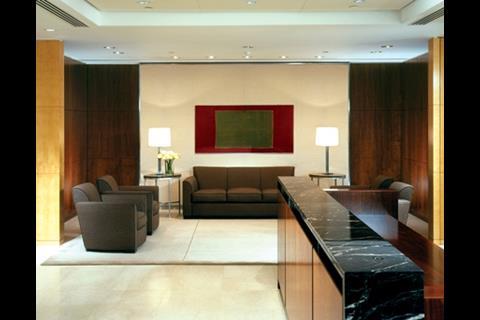 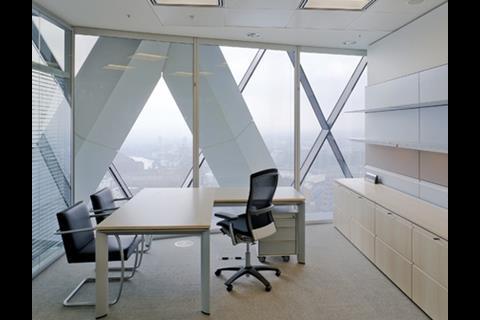 …maybe it’s time you struck out on your own. That’s what three friends did when they set up an interior fit-out and refurbishment contractor from scratch. Ten years on, Parkeray has a turnover of £70m and over 100 staff. Olivia Hemmings asked co-founder Mike Murray how he did it

Why did you start your own business?

When Steve Parkin, Peter Kerr and I were working at Overbury together, we were approached by a company in Ireland who wanted us to set up an interior fit-out firm in London for them. We’d do our day jobs, then go home and do the planning for them. We got as far as the final presentation before when we thought: “They’re going to take 51% of this. This is absolute madness. Why not do it ourselves?”

How did you set up the company?

We spent a year planning it, during which we saved £82,000. We didn’t borrow any money, but none of us took a salary for about 18 months and our savings tied us over. We spent the first six months knocking on doors for work. It was tough. People who we thought would extend favours didn’t – I imagine because they were restricted by their firms – but we managed to attract good staff and people soon recognised that and gave us opportunities.

We had aimed for £2m turnover in the first year, but we actually did £4m because we didn’t say no to too many people and accepted jobs that others would turn down.

We’re now headquartered in London, with our other office in Sutton, Surrey, and we’ve grown from 15 people at the end of 1998 to 112 employees. Our turnover is £70m and our profit is above average, at 3%. I’d like more profit, but we’re more concerned with getting the job right first because the rewards will follow. For example, we limit our work to projects worth up to £10m, and if one client asks us to do five £10m jobs we’ll say no.

To make sure we stand out in people’s minds, our marketing campaigns are quite unusual. One year the message on our Christmas circular was: “We’ll do anything for you – even the Full Monty.” The front cover was the film poster and the back was us, naked, apart from a strategic strip across the front that said “Merry Christmas”. If you peeled off the strip, you revealed a line of Parkeray hard hats! It went down well with most of our customers except one, who took us off their tender list.

What’s the toughest thing about starting a construction business?

Half the battle for new companies is getting on tender lists. It can be soul-destroying. You face a degree of snobbery if you’re not established, but if someone lets you show them what you can do, then others begin to think you’re worth a look.

Every day can bring a challenge. One day we were preparing for a really big presentation and the London Electricity Board dug up the road outside and blew all the power connections and our computers. It was our first big tender in our first year – for £2m. Nobody panicked, though. We just dashed over to Peter’s house and started again. We didn’t let it beat us – and we won the job.

As your own boss you make your own decisions without thinking ‘What would sir think?’

What is the best thing about being your own boss?

Being able to make your own decisions without thinking: “What would sir think?” For example, sometimes the guys in the Sutton office make cocktails on Friday evenings.

Some people might enjoy the fast cars they get to drive, but for me, having 112 people working for the business and knowing you have overall directorship is what’s really satisfying.

What type of person do you need to be to start a business?

In the old days you could run a business by being autocratic, but now you have to be able to deal with people and manage them well. That sometimes means being honest with people, rather than just telling them what they want to hear.

You also need a steady nerve, a belief in what you’re doing and the ability to put into perspective the negative comments you inevitably face along the way.

Make sure you build structure into your business from an early stage, too. I like letting people use their entrepreneurial flair, but this has sometimes meant our approach has had less consistency. We’re now trying to develop more streamlined processes.

Is there a post-Parkeray plan?

I always said I’d retire at 50, but now I can’t imagine not being involved in Parkeray or the industry in some way.