4
Should I stay or should I go?
Focus

Should I stay or should I go? 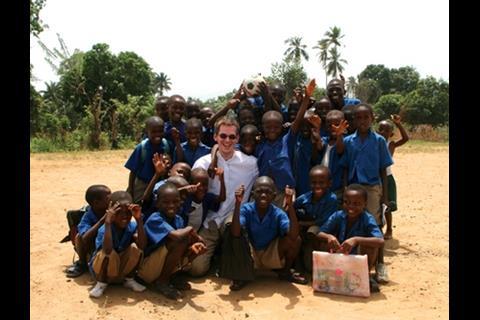 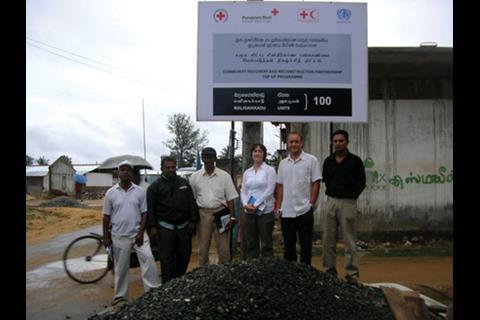 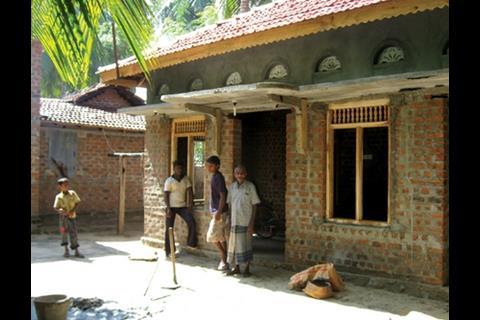 There’s a lot of talk in the construction industry about opportunities to work abroad, from the allure of building Dubai’s dazzling skyscrapers to the chance to help people in countries ravaged by war or natural disaster. But what is the reality of working in foreign countries, and how does it measure up against doing the same job at home?

Mark Lefty compares the experiences of three pairs of young professionals working on similar projects in the UK and abroad, and finds that working overseas brings job satisfaction and excitement. The price you pay, however, is in sacrificing the better earning potential and career progression opportunities in Britain. What you opt for depends on what’s more important to you …

Sierra Leone vs. Glasgow: Making a difference vs working with big names

This project is vital for education in Sierra Leone. The country’s four existing libraries only house 20,000 books combined; this one will have 100,000. For Forsyth, the locals are what gives him a buzz: “The people here are so friendly,” he says. “Everybody walks up to you and says ‘hello, how are you?’ ”

As the project is only in its early stages – the library will not open until mid-2009 – Forsyth has only been on two trips to Sierra Leone so far, but will go out for six months soon, to help oversee construction. “I’ll liaise with local contractors so this project can be an example for local people of how to build,” he says. He adds: “I don’t want to be a typical ex-pat – I’ll stay in a room at the local Catholic priest’s home.” His dwelling may be humble, but Forsyth has already been treated like a VIP. He’s had meetings with Ernest Bai Koroma, the country’s president, and the ministers for health and education.

Financially, there is little reward for this trip. Forsyth will only get living expenses on top of his UK package – but he says you can’t put a price on the thrill of helping rebuild a country that was torn apart by civil war.

Sometimes the most eye-opening experiences can be almost on your doorstep – Reilly lives just five miles away from the site he’s working on. It is only at the groundworks stage, but the project has already changed his views forever. “I’ve developed an interest in world architecture,” he says. This is because the project has exposed Reilly to a cosmopolitan, high-profile team of Chinese, French and German architects from Zaha Hadid’s practice, and American and Australian engineers from Buro Happold’s London office. Before joining Buro Happold in February 2006, Reilly’s working life was more enclosed. He’d worked almost exclusively with Scots since he started his modern apprenticeship nearly a decade ago. “I now want to work abroad in a few years, not purely for the work but the cultural experience,” he says.

On this project, he’s also learned to appreciate Hadid’s genius: “Most of the services aren’t visible – ventilation and lighting runs through curves, like floating bubbles.”

London vs. Sri Lanka: climbing the ranks vs rebuilding lives

Fish doesn’t rule out moving abroad in a few years, but is happy near his home patch of Chelmsford in Essex for now. After finishing his A-levels, Fish joined Wates, where he was sponsored through a part-time quantity surveying degree at Westminster University. “Wates has been second to none on training,” says Fish. “In five years I moved from trainee to project surveyor.” His third job for Wates, which finished earlier this month, was his most significant. Fish worked on Stratford Eye from January 2006, which involved different types of project within the same scheme. His role was very much that of a contracting quantity surveyor – that is, he managed subcontractors’ accounts and looked after procurement. The 160 units, including shared-ownership flats and a 20-storey private residence tower block, are situated on the corner of the 2012 Olympic village. There was also an office block built for owner-occupier London & Quadrant.

Arguably, the greatest things he took away from the project were the friends he made on site. Many people’s work mates are just that – mates at work. Fish found he was out drinking with colleagues at the weekends and, as he puts it: “That’s the next level of friendship.”

“Rewarding” is a word Payne uses a lot about his nine-month stint in Sri Lanka – and little wonder: Payne was helping UN Habitat rebuild 4,000 homes for families displaced by the December 2005 tsunami.

“He was, he says, touched by the Sri Lankans’ resilience, which was even noticeable in “the way they held themselves” and by how people pulled together after the disaster.

“Payne had already had a taste of aid work – Bovis previously sponsored him to help build an orphanage in Romania – but this secondment to Sri Lanka was on a different scale altogether.

“With a budget of just $7,000 (£3,510) per house, he worked with a team of 15 Sri Lankans to set the programme for how these new communities would be rebuilt and decide on what infrastructure and shops should be established to regenerate the local economy.

“He says a particularly moving experience was a visit to one of the refugee camps: “It was full of small houses made out of palm leaves, timber and corrugated iron, with about six people in each,” he says.

Frustrations with local bureaucracy clearly didn’t dampen the joy of working overseas, as Payne is now based in Dubai working on mixed-use schemes in neighbouring Bahrain.

Dubai vs. Birmingham: Sun, sand and tax-free salaries vs getting ahead in your career

Life’s a beach for Hamilton, quite literally: his apartment is just 100 yards from the sea and he spends his weekends sunning himself on the sand. He also gets to work on one of most spectacular projects under construction at the moment: the World Islands development, which will comprise 300 private islands built out of 386m tons of rock. The 100,000ft2 island Hamilton is working on will include a hotel with individual villas, a marina and berths for yachts. At the moment, the client is procuring two ferries, on which it will accommodate about 1,000 workers, as well as site cabins and offices.

Hamilton relishes the challenge of his job, but a cultural differences sometimes make life awkward. “During Ramadan I can’t eat in front of people,” he says. “Also, contracting is quite old-fashioned here. There are full bills of quantities on most jobs, which is not so common in the UK anymore.” Even worse, says Hamilton, are the roads of Dubai, where he frequently sees car crashes.

Social and traffic problems aside, when Hamilton goes home to Manchester – about once every three months – he can regale his friends with tales of the luxurious life he now leads, with fancy cars and tax-free benefits.

Birmingham may not have sea and sand, but Beeston’s career path shows the benefit of staying somewhere for a long time. He has been with Rider Levett Bucknall for nearly a decade and was rewarded last year by being made partner while still only in his twenties.

Beeston thinks that a 112-room hotel in Barnsley, due to open in autumn, is the project from his current work portfolio that best demonstrates the fulfilment he gets from his job. This is because the hotel is for a repeat client, New World Leisure, that has provided a different challenge with every one of the six schemes he has worked on with it. “The highlight of working on hotels is that you’re working for clients on a variety of sites,” explains Beeston. “Some hotels are off motorway junctions [including the Barnsley Ramada Encore] so are virtually greenfield, while others are more complex city centre sites.”

Beeston also enjoys the fact that roll-out programmes get him around to different parts of the country. “I’m probably in the office about 40-50% of the time,” he says. “The remainder of the time I’m on site or in client meetings. I get around the country quite a bit, so I could be in London, Birmingham and Newcastle in a week.” Not that it gets in the way of his social life. Beeston enjoys the “close knit” Birmingham property and construction industries’ networking scene to the full.