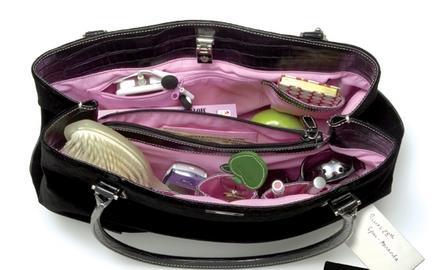 Being female in a male-dominated industry like construction can be frustrating and difficult. But fear not, Katie Puckett reports on a secret that could help you get ahead

When Patricia McCalla wanted to become a building surveyor, she knew it would be hard, but she didn’t expect to hit a brick wall. Inspired by her experience renovating a Victorian house, she decided to give up her administrative assistant job and enrol in a construction management degree.

She studied hard for six years but then spent another year in a fruitless search for work. “I felt my age was an issue,” says McCalla, who was in her mid-thirties at the time. “Most employers were looking for a younger person – someone straight out of university.” McCalla reckons she filled in at least 100 applications and went to about 10 interviews before she stumbled on a useful website – the lengthily titled UK Resource Centre for Women in Science, Engineering and Technology, or UKRC for short.

“The first thing the people at the UKRC did was look at my CV and work out my options. They then enrolled me on a three-month surveying course at Sheffield University. That’s where it all started.” McCalla did a week’s work experience with surveying practice MLM Building Control, who offered her a job interview. She now works as a trainee building control surveyor, and is loving it. In September, she will start her MSc, in preparation for chartership. “The course gave me the practical experience I needed,” she says. “I knew what I wanted to do – I just needed help getting in to the industry.”

The UKRC is one of the industry’s best-kept secrets. It’s a government-funded organisation designed to help women working in the science and engineering professions. With an annual budget of £2.5m, the resources it can provide are significant, and if you’re a woman in construction, the support it can give you is invaluable. Plus, there’s nothing to lose – the UKRC can offer as much or as little assistance as you need.

So far, 1,300 women have used the organisation’s services and 350 are now in employment or training.

It was set up in 2004 in response to the continuing difficulties women experience in the male-dominated science, engineering and technology sectors, in which they make up just 18.5% of the workforce and a tiny 8% of directors. Of the half-a-million UK women qualified in these sectors at the moment, only a third are still working in them.

Annette Williams, the UKRC’s director says that this is partly because construction can be an alienating environment for women. To change this, not only does the UKRC offer support to the women themselves, it also helps employers create female-friendly atmospheres. “It’s not just about getting women in,” explains Williams. “It’s about keeping them in and getting them to progress.”

The UKRC does more than just give general advice. Among other things, its substantial budget allows it to support the many women who find it hard to return to their careers after having children. It offers a 12-week reorientation programme through the Open University, which is followed up by mentoring, support and networking within the peer group.

“We hold events where women can meet prospective employers, we support them in getting work experience placements and help them with their CVs and interview skills,” says Williams. “These sectors are built on the male bread-winner model, and they’re poor on work-life balance and part-time working – that’s the biggest reason many women find it hard.”

Meanwhile, the mentoring programme connects women with more experienced role models who they can turn to with any career worries. McCalla found hers invaluable: “My mentor was always there. I could email her any time or she called to ask how it was going.”

Kate Hall, an associate director at Arup, has mentored a number of younger women. “It’s a safe environment to talk about things you can’t always discuss at work,” she says. “It also helps people find their way through difficulties if they are upset or frustrated. We help with all sorts of things, from what you wear on your first day on site to issues with other people in the office and how to network, which can be difficult if you don’t play golf or you’re not on a five-a-side team.”

Hall has also helped the UKRC make videos to promote construction careers to school girls. Her message is: “Arup’s taken me all around the world – to America, Australia and Hong Kong. My careers adviser told me to be a bilingual secretary, because I was good at languages, or to join the forces because I was good at sports. She didn’t mention maths or science.”

As well as providing role models, the UKRC also wants to increase the profile of successful women in science-based careers. It has a database of 1,000 people who can provide expert commentary to media organisations, and it holds media training events to build their confidence. “The less visible women are, the less likely young women are to follow them,” says Williams. “It’s a bit of a vicious circle.”

The UKRC also offers bursaries to cover travel and accommodation costs of women speaking at conferences, and has a programme to help them join the boards of public bodies such as ConstructionSkills.

But it’s most eye-catching initiative is the annual UKRC’s Women of Outstanding Achievement Photography Exhibition at the Royal Academy, launched in 2006. This features black-and-white portraits of six leading women in science or engineering. The idea is to provide a collection of strong images to counterbalance the male faces that dominate the walls of professional institutions and boardrooms.

Among this year’s portraits is one of Joanna Kennedy, a director at Arup and head of its project management division, who was selected from 125 nominees. “I’m pleased to be able to demonstrate that you can get to the top and have a good family life,” she says. “It’s great that there’s one place where women from across science, engineering and technology can go for co-ordinated information, advice and support. My advice to other women in the industry is to go for it – the opportunities are enormous.”