3
How to make your fortune quantity surveying
Focus

How to make your fortune quantity surveying 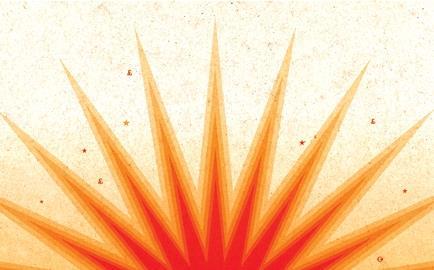 With skilled staff in short supply, QS firms are jostling to offer the most attractive corporate structures to their employees. From traditional partnerships to limited companies, Mark Leftly runs through the risks of each model and weighs these against their potential to make you a packet

For a notoriously cautious bunch, quantity surveyors picked quite a time to start listing on the stock market. In October and December, Cyril Sweett, a practice founded in 1928, and Baqus, a new amalgamation of three existing firms, listed on the alternative investment market, the junior version of the London Stock Exchange (LSE). Last month, Turner & Townsend only at the last minute canned a full market listing that would have valued it at about £200m. All this in the eye of the worst market storm since the end of the dot-com boom.

The market volatility highlights one of the great problems for any listed company: millions can be wiped off its value in minutes on the basis of a rumour. This makes floating a particularly daring move for quantity surveyors, which have traditionally stuck with the profit-sharing partnership model and, in recent years, were moving towards the limited liability (LLP) version. The LLP model effectively caps the amount for which any one party can be liable. In a profit-sharing partnership, in contrast, there is no limit, should a project go drastically wrong or a partner leave an unpaid tax bill for the others to cover.

On the flip side, one of the advantages of listing is getting staff more involved in the business. Cyril Sweett and Baqus hope to attract and retain employees by offering them shares and, hence, long-term stakes in their companies.

So, as practices alter their structure in a bid to offer better benefits than their rivals, a budding QS must ask the following questions: which structure is the most lucrative, and which is the most secure?

The most obvious pitfall in owning listed shares is their potential to lose value. Before Cyril Sweett floated, it was entirely owned by its employees, about 81% of whom held private shares. Today, its staff hold just less than 60% of its listed shares.

The company floated at 110p and, at the time of writing, shares were down to 88.5p. This wiped nearly £13m off the company’s value, giving it a market capitalisation of about £48m. This means that shares held by employees have lost between £7.5m-8m in little more than four months.

To a £30,000-a-year quantity surveyor, that may sound like a frightening amount of money, but the advantages of holding shares at Cyril Sweett may outweigh the drawbacks – the fall in value disguises the amount that employees have already made from the flotation.

Mike Kemsley, finance director at the practice, explains that employees had bought shares on its internal market at a heavy discount to the listing price. Staff could buy shares from the day they joined the firm, although they would have to sell them when they left. The internal market operated from 1998, when a management buy-out took the firm out of Chesterton, the property giant.

In February 2001 the government’s share incentive plan legislation allowed staff to get tax breaks on the shares they owned. This meant a 40% tax payer could buy £1,500 of shares for just £900. Cyril Sweett would then top this up with two shares for every five, which resulted in an employee paying just £900 for £2,100 of shares. The shares were revalued every six months on the internal market, though employees were encouraged to keep hold of their shares as they would lose their tax breaks if they were sold within five years. “It was an incentive to stay at the business,” says Kemsley.

One of the problems of a listed company is millions can be wiped off its value based on a rumour.

Provided they had served those five years, many employees enjoyed a huge windfall on the day of flotation. The 110p flotation price was much higher than the internal market price, which was about 50p. By the time tax breaks were included, some employees had paid the equivalent of about 30p a share.

For Cyril Sweett to release enough shares onto the market to allow a ”free float”, that is, a listing that would bring external investors into the business, employees had to sell about 30% of their holdings. If an employee held 3,000 shares that had cost them 30p each and then sold off one-third of these, they would have made an instant profit of £8,000. Compared with the internal market price of about 50p, 88.5p doesn’t look so bad as a share price, particularly when you consider the dismal state of the stock market at the moment.

As an additional benefit for the company, Cyril Sweett was able to raise £10m for investment upon flotation by issuing £9.1m additional shares.

Under Baqus’ “save as you earn” (Saye) share scheme, set to launch in late spring, employees will be able to save £25-250 per month, which will be translated into shares after three, five or seven years. Employees will also get a Treasury-regulated tax-free bonus – they will get the shares at 20% cheaper than when they started saving. In the current climate, this would be great news. Since Baqus’ shares fell from 10p in December to 8.75p in early March, employees could get shares for about 7p each.

When the savings mature, shares could be trading at 10p or more, which will facilitate a quick sale and windfall. “That’s what makes it such a good deal,” says Clive Sayer, Baqus’ chief executive. “You could end up getting a very good mark-up,” Otherwise, employees can wait until the share price rises. Either way, in the current market, it seems unlikely that the share price will fall any lower and high demand when the scheme starts could mean Baqus’ shares climb in a few months, when the rest of the market is falling. These factors make the scheme highly attractive.

Cyril Sweett’s Kemsley is slightly dismissive of the Saye scheme. He says: “Saye is almost a savings plan. If shares increase in value, people can exercise the option of selling. Ours is a share ownership plan – it involves taking risk.”

Furthermore, unlike in Cyril Sweett, 80% of shares in Baqus are owned by the original shareholders – the 11 who held shares in Boxall Sayer, Denley King and Fletcher McNeill, which merged to form Baqus last August.

People like the word ‘partner’ as it implies ownership, rather than mere employment.

Sayer warns against the traditional partnership model. “If one partner wants to leave, they’ll have to get someone to buy them out or buy themselves out,” he says. “At a 10-12 person regional quantity surveyor, you’re talking a six-figure sum. A typical 28-35 year old has probably got a mortgage the size of the Atlantic Ocean. How are they going to raise £100,000?”

Ray Plowman, partner at the Bailey Partnership, a small, predominantly South-west-based outfit with five offices, admits that you have to invest “middle five figures” to buy into his business. Typically, employees remortgage their homes to do so. However, for a 10% share the partner would usually get a “strong four figure” annual dividend on top of their salary.

Frank Maitland, managing director and founder of Farnborough-based MaitlandQS, runs a straightforward limited company, after having “learned from bitter experience” the perils of partnership. In 1985 he set up a business with a partner, but the two fell out within two years. In 1992, the former partner was declared bankrupt and Maitland was left liable for his £19,000 tax bill for 1985-87.

Today, Maitland awards shares to loyal staff after three or four years, granting options if targets are met. If achieved, staff can buy shares at one-tenth their value. The shareholders will typically get a four-figure dividend.

The downside, arguably, is that a limited company must audit its accounts. Maitland has to splash out about £9,000 a year on accountants’ fees, which eats into dividends paid to staff.

Most big practices are sticking with the LLP model. Gleeds is looking to restructure to become an LLP, until now having been a hybrid of a limited company and traditional partnership. About 10% of its 1,500 staff are partners or directors. The advantage of Gleeds’ system, says Steer, is employees do not have to buy their way in; equally, they do not have to sell when they leave.

The LLP model is more secure than a partnership, but it retains the essence of what made partnerships so popular in the first place. “People like the word ‘partner’,” says Richard Clare, EC Harris’ chairman. “It has a ring to it. It implies ownership rather than mere employment – you’re sharing something, not just being paid.”

There’s a certain amount of idealism to this view, and it neglects the fact EC Harris partners get charged interest above the official rate on capital they invest to become partners.

So, the answers to the initial questions aren’t clear, but the following can be said: joining a listed practice where you can become a shareholder can be lucrative, but there is always the risk of a market crash. Some partnership models are riskier than others, though the chance to be part of the ownership structure isn’t to be sniffed at. Being a director, arguably, has the fewest financial incentives of all, but at least it has security.