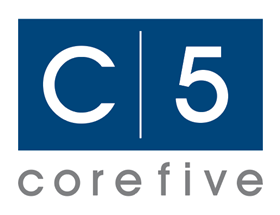 The East Village Expansion (EVE) project in Portland, Oregon, is Adidas’ new North American headquarters, housing 1,000 employees. It is a global example of offsite construction and the first in the US to use a unique structural hybrid design system that combines mass timber with precast concrete.

Initially developed by the project team in response to a challenging two-year construction schedule, the system helped save three months during construction, as well as cutting embodied carbon compared with the original design concept. Despite a two-month delay when site activity was paused because of the pandemic, the five-storey building was finished on time and under budget. This was aided by schedule savings at the start of the programme, with the team devising a novel multi-phased approach to the planning process through close co-ordination with the City of Portland, reducing the project schedule by a total of six months. The Turner & Townsend team used their experience of pre-application planning in the UK by engaging with the local authority throughout the planning stage rather than as a final design submission.

The project team also adopted a design-assist approach to MEP packages to allow full integration of the build partners through the latter half of the design. On top of this, by sourcing and fabricating timber in Oregon, the project reduced construction miles. 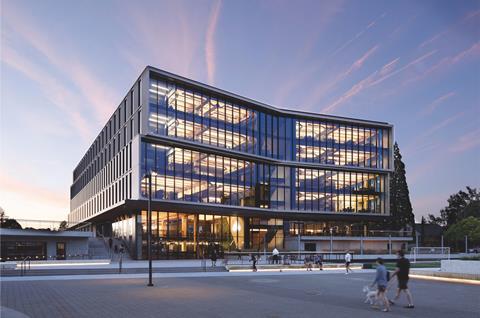 Buckley Gray Yeoman’s work at Ancora 40 has breathed new life into a former car garage to create a sustainable and vibrant office hub in central Madrid. The scheme involves the refurbishment of two existing buildings, both built in 1955, adjacent to Madrid’s central Atocha railway station, and the insertion of a new CLT timber structure to connect these two existing buildings.

Conceived as a sustainable campus, the scheme is made up of workspace, outdoor cafe terraces, events space, a new central courtyard and new car and bicycle parking below ground. Landscaped terraces connect the two principal buildings, creating breakout space to be used for meetings and events.

Connected by a shared central reception and private courtyard, the workspaces at Ancora 40 are adaptable to suit a range of tenants. The architect ensured the floorplates are both spacious and flexible and that the spaces are abundant in natural light – with 4m floor-to-ceiling heights in some areas – while glare is minimised. Outdoor lighting, meanwhile, is calibrated to prevent light pollution.

The project was designed to incorporate more than 50% of the existing structure on the site, with other materials responsibly sourced and carefully selected for their low environmental impact. Upon completion, Ancora 40 was awarded LEED Gold certification, recognising its environmental credentials, such as the use of a composite steel and CLT structural frame, high-transmittance glass to maximise natural light, high-performance taps, and quiet zones with noise reduction technology.

In 2013 WilkinsonEyre’s London office won an international design competition for the new Crown Hotel in Sydney. The brief was to create a high-quality, landmark design on the spectacular harbour site to capture the vibrancy of Sydney and create a strong new destination on the waterfront. Since completion in December 2020, One Barangaroo has become Sydney’s tallest tower and one of the city’s most prominent destination hotels, with 349 rooms and 14 restaurants and bars.

The sculptural form of the building responds to the site on Darling Harbour by catching the light in different ways throughout the day, with the scheme accommodating a 60° twist in the outer skin.

Although the building is clad almost entirely of glass, more than 40% of it is highly insulated with an inner skin to achieve the required five-star Nabers and a six-star green sustainability rating. In construction, use of reduced embodied carbon, reduced-cement concrete and low carbon steel sourcing all formed part of the carbon reduction strategy.

During the build of One Barangaroo, Crown significantly contributed to the clean-up and remediation of the wider Barangaroo precinct, while more than 300 trees were planted within the grounds. Crown Resorts estimates that 1,300 jobs were created during construction, with 97% of suppliers being local providers operating in New South Wales and around Australia.