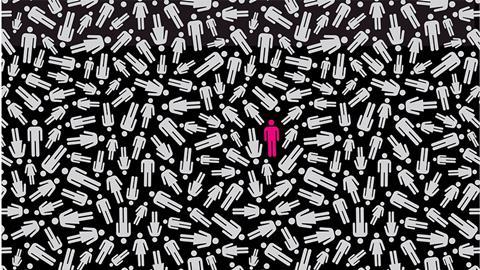 From global giants to small start-ups, clients are spoilt for choice when it comes to hiring cost consultants

You used to know where you stood with cost consultants. A host of historic, mid-sized partnerships were on offer, as familiar and dependable as old boots. But over the past five years the cost consultancy market has polarised dramatically.

First there was a wave of consolidation, with major names like Davis Langdon, EC Harris and Currie & Brown - with a combined 332 years of history - being acquired by overseas giants - US-based Aecom, Dutch-based Arcadis and Middle East-based Dar Group respectively. In the midst of this, huge firms from left-field - property agents such as CBRE and accountants such as Deloitte - have begun muscling in on the market by growing their cost consultancy divisions. And more recently another phenomenon has hit this once-staid profession. A proliferation of start-ups have popped up. Building revealed in May that at least 16 have been founded by former Davis Langdon staff in the past two-and-a-half years alone, while others have spun out from other firms, such as Tower 8, which came from the cost and project management division of Jones Lang LaSalle.

Start-ups are not new, but what is new is the experience and seniority of the founders and their ambition to compete quickly with the big firms for major projects - with lots of evidence that this is already happening.

Unsurprisingly the start-ups and global conglomerates - not to mention the independents left behind - disagree on which type of firm can offer the best service for clients. Building examines what’s behind the rise in start-ups and sounds out the various camps.

The rise in start-ups

The most frequently cited reason for the proliferation of start-ups is frustration of senior staff working at the bigger firms. Toby Turner, managing director of executive recruitment and development consultancy Holtby Turner, says the start-ups are in part a reaction to the wave of consolidation. Turner, who has been involved in a series of UK mergers and acquisitions in an advising capacity, says the transition from being part of a partnership - with the prospect of an equity stake in the business - to being part of a larger firm is jarring for some.

“Those that are more entrepreneurial and go-getting can find the change suffocating,” he says. “The idea of being a small cog doesn’t appeal at all.”

Part of the problem, Turner says, is acquiring firms can bring in a raft of additional processes, but he says that isn’t confined to firms that have undergone mergers and acquisitions. “When the market turns down, a lot of companies bring in more process and tighten their business controls,” he says. “Process kills enthusiasm.”

This is a picture James Clark, co-founder of Core Five and former Davis Langdon partner, recognises. “As the organisation gets bigger the management burden gets bigger,” he says. “As young partners we felt we were getting further from our clients.”

James Morris, co-founder of Tower 8, argues large businesses are also too inflexible to promote talent. “It’s very difficult to restructure a medium-sized or large business to bring through the dynamic young people.”

But Brian Kenet - a principal at an M&A consultant in New York, EFCG, which specialises in the construction industry and has been involved in deals involving Atkins, Aecom, Arcadis and CH2M Hill - believes there are some more prosaic factors at work. “One of the reasons you see more start-ups after a period of consolidation is lots of people made money in the sales.”

Kenet is sceptical that dissatisfaction with mergers and acquisitions is a major factor behind the raft of recent UK start-ups. “There’s a lot of gossip in the construction industry,” he says. “Some start-ups are reflective of a lack of happiness with a takeover but it may not have anything to do with that. In my experience there can be a difference between what’s said [in the market] and what really happened.” Many major firms have had to make redundancies so it’s quite possible some start-ups have come about through necessity rather than choice.

Perhaps the most important factor behind the start-up phenomenon is timing. “The dust has settled after these acquisitions and the market is coming back,” Turner says. “People are saying ‘If we’re going to do it, we need to do it now.”

One striking aspect of recent start-ups is their ability to punch above their weight. Core Five and Tower 8 - just over one and two years old respectively - both have projects on the books with a capital value of over £150m. Relative newcomer Alinea launched in May, also with the express intention of targeting major projects. Its founders were six senior directors from the industry’s two best-known cost consultants, Davis Langdon and EC Harris, with combined experience of 150 years and major projects such as the Shard and the Leadenhall building on their CVs.

Large firms have certain advantages, such as the heft to invest in innovation and secure banking covenants more easily. But Alinea co-founder Iain Parker says his firm is taking “every step” to enable it to compete “for the next Leadenhall”. This includes emulating the best aspects of their former firms. “We’ve invested a lot of our money in things like IT and covenants; everything a leading organisation like the ones we’ve come from would have.”

The new firms are predominantly focused on the London market, where they claim clients want a more personal service with greater access to senior experienced staff, which they say their larger competitors struggle to offer.

“Both approaches are right, but for different things,” Core Five’s Clark argues. “My view is that the massive multi-disciplinary team is right for massive game changing projects like the London or Rio Olympics. But then you’ve got the more tenacious London private developer who is keen to assemble the best team of individuals they can; who wants to orchestrate a team like a conductor.”

Parker agrees: “Some clients want a consultant that can do a project in the outback in Saudi Arabia as quickly as possible. London is very different.” He adds that London clients want “on-the-spot advice”, which experienced bosses in start-ups are able to give. “Clients do lose patience with the QS that goes away or says ‘let me get back to you tomorrow’.”

The start-ups also argue their lean structures can reduce service costs. “Obviously clients are looking for value for money and [start-ups] can keep overheads down,” Morris says.
Firms that have been acquired, like Davis Langdon and EC Harris, naturally dispute all this. They say there are benefits to being large that help them deliver great service locally. Peter Flint, head of buildings and places in EMEA for Aecom and a former Davis Langdon partner, says that, although the firm has a presence in 140 countries, it has kept a “strong” network of offices in the UK and describes the “local aspect of our business” as “fundamental”.

“I was seeing a local client in Manchester and explained how lessons we’ve learned delivering offices in places like Australia and the US - such as not using raised access flooring or air con in similar climates to here - could help him save money. We can bring that knowledge to bear for a local client.”

Matt Bennion, global director of buildings for Arcadis and a former EC Harris partner, agrees: “The role we’re increasingly playing is bringing knowledge from one market to another. Clients are looking for more value from their consultants and that can come from overseas.”

What’s on the market

What’s clear is that clients have never had so much choice when looking for a firm to price a project. “There’s a wide series of different options in the market,” Neill Morrison, Deloitte partner and head of cost consultancy, says. “If you roll back five years all the cost consultants were much of a muchness in terms of what they were offering. Everyone in the market needs to know what their differentiator is now.”

At the larger end of the market, many firms have sought to differentiate themselves from their competitors by bundling cost consultancy services up with other disciplines, such as engineering in the case of Davis Langdon, EC Harris and Currie & Brown.

Elsewhere property agents such as CBRE and JLL are growing their construction consultancy businesses, including their cost consultancy offering. Much of that work is won off the back of CBRE managing or advising on property transactions.  “Clients want a single point of contact,” Matt Wilderspin, CBRE’s head of projects, says. He says the firm offers “every single [consultancy] service”, including project management, M&E consulting, CMD, health and safety and environment. Most of the firm’s work is on corporate fit-outs, particularly in London, where it is managing and fitting out three of the capital’s five biggest insurance firm moves.

Meanwhile the independent firms say the old ways are not broken and there’s great merit in large scale, independent consulting. Turner & Townsend and Gardiner & Theobald - both firms that grew in their last financial year - are increasing their international footprints while diversifying, albeit less radically.

Nick Townsend, Turner & Townsend’s managing director of cost management, says independence is crucial for offering impartial cost advice. “We’re very comfortable with our position in the model of that as independent,” Townsend says. “Cost advice should be independent.” Adam Glover, senior partner at Gardiner & Theobald, says clients value this approach. “Our clients want an independent service, that’s what they’re asking for. They value independence, strength in depth and high-value service. We deliberately don’t set our stall out as all things to all people. You need to know what you are and stick to it.”

The cost consultancy market has never been so shaken up, and with a wide variety of firms jockeying for your attention, it might be time to refresh your contacts book.