2
Costain's Andrew Wyllie: Who wants to be glamorous anyway?
Focus

Costain's Andrew Wyllie: Who wants to be glamorous anyway? 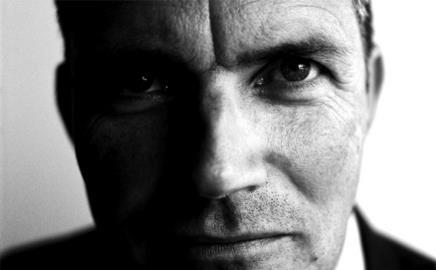 With £2.5bn of orders on its books, Costain’s move towards sectors such as waste, oil and roads seems like an inspired decision. Andrew Wyllie, the man who made it, tells Sarah Richardson where the contractor is heading next

When Andrew Wyllie reels off the areas of Costain’s expertise, it might not sound like the most glamorous portfolio in construction. Where some of his rivals are jetting off in pursuit of the latest Zaha museum or Gehry tower, the sectors occupying Wyllie are, literally and metaphorically, far more grounded. “The UK waste market is very important for us, and rail’s another. Roads, oil and gas…”

But at the suggestion that the contractor’s work might lack something in excitement, the quietly spoken chief executive becomes indignant. “What would you consider a more interesting sector? You show a graduate engineer St Pancras station or the Manchester waste PFI - Europe’s largest waste project. Costain is not a difficult sell to people with that kind of work.”

It’s an apt argument in more ways than one. Costain is one of the few companies still recruiting – it is growing at a rate of 10% a year, and is aiming to increase staff levels by between 200 and 300 by this time next year. Although it suffered a 32% drop in pre-tax profit to £6.9m in its latest half-year results, it also looks a lot healthier than many of its rivals, with a record order book of £2.5bn and repeat business of about 80%. And Wyllie believes it can keep pushing its way up the contractors’ leagues – but it will need to expand its offering further to do it.

Costain’s shift towards infrastructure markets began three years ago, after the company reported a £62m pre-tax loss, partly as a result of poor performance in its building division, which lost £25m. “It wasn’t so much an issue of civil engineering versus building, it was really about focusing all of our efforts towards big blue-chip customers in our sector – the 20% of organisations that spend 80% of the money,” says Wyllie, as he sits back in his Maidenhead office. “That meant bigger contracts, and for that we needed to offer an increasingly wide range of services.”

Many of those customers, though, were in the waste, utilities, energy, and transport markets. They were also often public or regulated bodies with ongoing programmes of work, making them particularly appealing clients in a recession.

“What we’ve been doing was the right strategy when I took over three years ago, and we think it’s the right strategy now,” he says. He leans forward to emphasise his point. “We’re targeting those customers whose spend programmes are still going to be committed, notwithstanding the economic conditions we operate in at the moment.”

Wyllie says the company is focusing on “eight or nine” key markets, where he believes spending will be largely protected – even in the public sector. “I think everybody’s in universal agreement that there’s going to be some trimming back of public sector spend, but what nobody’s saying is that public spending is going to be zero.”

These key markets include the staples of health and education, and, perhaps surprisingly, transport. Many commentators have suggested that spending on transport, which is not such an obvious vote winner, may be slashed under a new government. Wyllie – whose company, in joint venture with Halcrow and Colas, is one of the major players in the road sector - believes otherwise. “We’re targeting the Highways Agency, both on capital projects and, as importantly now, on maintenance. It still snows in the winter and the roads have to be gritted. Crash barriers still need to be repaired.”

He is also cautiously optimistic about the rail sector, where Costain’s work on St Pancras has been followed by the upgrade at Farringdon station. “It was encouraging to see the government talking about High Speed 2 – there seems to be growing public support for high speed rail.”

Two other areas that Wyllie is aiming to capitalise on are nuclear and waste. In the former, it has formed a partnership with Fluor, Sir Robert McAlpine, and Hochtief, which makes it an early frontrunner for work on a new fleet of power stations. “It’s early days, but we’ve got a strong combination,” Wyllie says.

Wyllie says there is increasing pressure on the company to become more innovative. For this reason, the company has about 500 engineers working in an energy and process division, looking to corner the market in areas such as carbon capture and underground gas storage. “We spend a lot of time looking at the top innovations every year, because if a business can’t think what those three or four innovations are, it’s got to start worrying. You wouldn’t buy a 10-year old model of car and be happy – we’re just like any other business, our product has to be constantly better and ideally, for the customer, cheaper.”

It is when talking about processes such as gas storage that Wyllie, an engineer by background, becomes most animated. “Sometimes the fixed cost of getting onshore refineries makes gas fields uneconomic. But if you get the processing capability on board a ship, and tow it out to be anchored above the gas field, it opens the door to a whole series of returns from fields that have been obsolete.”

With so much emphasis on engineering and technical solutions, is there still a place within Costain for its building division? Rumours persist that the unit will eventually be closed. Wyllie is tight-lipped, but says: “We’ve got choices. And you’d expect us to put resources behind what we perceive to be the best opportunities for Costain. Some markets are on an up, and some are on a down.”

Keeping up with the Beattys

When it comes to clients, Wyllie is convinced about their commitment to long-term deals, despite recent moves from organisations such as BAA, for which Costain works, to curtail framework agreements to draw more value from the market.

“They’re not saying they’re not going to have a framework, but they’re changing the way that framework operates,” says Wyllie. “We either step up to that challenge or the client will make their own decision. But I don’t think there’ll be a wholesale return to individual purchasing – the mechanics of going to market for every single project, particularly if you’re a customer, is a very expensive operation.”

Wyllie believes the major clients he is working for want to work with an increasingly exclusive group of contractors, who “can give them a broader offering, on bigger, longer term contracts”. The competition among this top tier, however, was increased last month by the acquisition of Parsons Brinckerhoff by Balfour Beatty – the company that Wyllie himself had previously singled out as the firm to beat. He says that he did not look at the US engineer – Costain does not have a presence in the States - but says he “understands the rationale completely”.

So is Costain looking to buy? “We’ve been growing the business organically, but we do have a strong financial position, we’ve got cash in the bank and we’ve got choices. That’s not to say we’re looking at anything today” he adds quickly, “but we recognise the same market drivers that Balfour Beatty sees.”