Nuclear programme: The age of proliferation 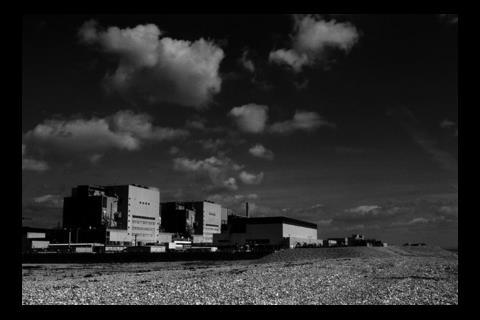 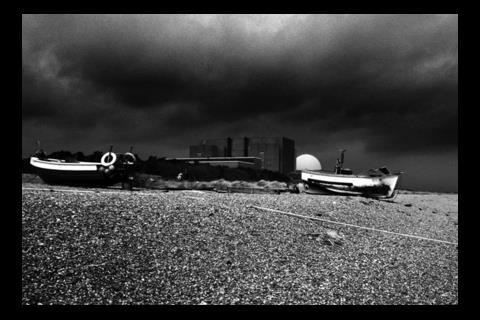 Programme update: Over the next two decades, the nuclear industry is set to provide 64,000 man-years of construction-related work – enough to keep a lot of companies very busy indeed. David Rogers and Thom Gibbs look at who’s best placed to make the most of the bonanza

It’s a multibillion-pound programme, the work seems likely to go to British firms, and even the austerity-age Tories want to step up the pace. All in all, it’s hardly surprising that there’s a lot of interest in the nuclear sector at the moment. At a recent suppliers’ conference hosted by French utility giant EDF – one of the firms hoping to build the next generation of nuclear power stations – more than 500 companies turned up. Every top 10 contractor had representatives there, as did a host of consultants and suppliers.

The first thing anybody notices about the burgeoning nuclear sector is the sheer scale of it. Take the amount the Nuclear Decommissioning Authority (NDA) is spending on cleaning up its site at Sellafield in Cumbria. By the time it is done some years from now, it will have spent close to £32bn. Late last year, a consortium including Amec signed a £22bn deal to help oversee decommissioning there.

Decommissioning has been going on since the mid-nineties but only now are the really big deals being let. The NDA is spending the most money on Sellafield, which has by far the highest volumes of nuclear waste because of its reprocessing capabilities, but other facilities being decommissioned include the remaining Magnox reactors –the first nuclear power stations in this country to generate electricity for the National Grid.

But decommissioning is only part of the story. The industry is also busily working itself up over the facilities that will replace those being taken out of service. Behind this is the UK’s need to find alternatives to its reliance on imported coal, oil and gas. Earlier this year, former energy minister Malcolm Wicks, now Gordon Brown’s special representative on international energy, said the UK should have aspirations for nuclear to provide 35-40% of its electricity beyond 2030.

As with decomissioning, the amounts being spent on new build are enormous. Nobody yet knows how much a new nuclear power station is going to cost precisely, but Alan Kay, the chief operating officer of Costain, thinks they will end up being close to £5bn – while £40bn seems to be the current estimate for the market as a whole. Kay says: “These are substantial facilities. There is an awful lot of work that will go into them such as flood prevention measures, inlet and outlet works, general infrastructure, earthworks, access roads, new build and then the nuclear bit itself.”

It should be a bonanza for UK firms. A report earlier this year by the Nuclear Industry Association said they had the capability to build 70% of what was required for nuclear new build. While some specialist plant and equipment might have to be sourced from abroad, it concluded that all of the construction and civil engineering jobs could be done by firms here.

It also reckoned that an assumed programme of 10 reactors at five sites built over a 15-20 year period would generate 64,000 man-years of work. And, by any measure, that is an awful lot of work …

Who are the main players?

While all decommissioning work is handled by the NDA, the two main clients in the nuclear new build sector at the moment are EDF, which bought British Energy, the nuclear generator 35% owned by the government, for £12.5bn last year, and the all-German grouping of RWE/E.ON.

EDF wants to build four reactors at Hinkley Point and Sizewell – its preferred sites – although it does own a site in Bradwell (see map on page 17). It is widely acknowledged EDF is ahead in the race to line up suppliers. It is planning to let a £100m preparatory works contract plus al £500m civils contract by the end of the year – most likely for work at Hinkley.

RWE/E.ON is looking at Oldbury and Anglesey, although there are fears that if the UK programme is delayed for any reason, they may be tempted to invest in their domestic market instead.

Other potential clients include Vattenfall – Swedish for waterfall – although this summer it delayed plans to enter UK nuclear new build for up to 18 months for economic reasons. But the firm, which pulled out of bidding for British Energy, said it would continue to retain an interest in the UK.

One other name worth mentioning is Iberdrola, the Spanish owner of Scottish Power, which was part of a consortium, including Scottish and Southern Energy, beaten earlier this year by EDF and RWE/E.ON in one of the NDA’s land auctions for new-build sites.

But the form horses remain EDF and RWE/E.ON. Nigel Adcock, the managing director of Gleeds’ energy business, said: “Some are saying they’re interested in the UK but if you haven’t got a site to build a nuclear power station then you’re not going to be in the game.”

Has been appointed by EDF to support its new-build programme in the UK, working with the utility’s architect and engineer division, DIN, to appoint contractors and oversee delivery. Also heavily involved in decommissioning: is part of the Nuclear Management Partners consortium appointed last year to run Sellafield for up to 17 years.

Has designed and/or built more than half the nuclear power stations in the US, and worked on 150 plants worldwide. In the UK, helped set up the NDA, but has not signed up with any of the likely major clients. Commentators suggest it may concentrate on work further down the supply chain.

Employs more than 9,000 nuclear specialists and has completed nine new-build projects worldwide. Is in the running to team up with reactor builder Westinghouse, which is hoping to be appointed by RWE and E.ON for work in the UK.

Has four decades of experience, and is currently strategic technical partner for British Energy. Has a 600-strong nuclear division, which is now focused on decommissioning, generation and new build.

Was project manager on Sizewell B, ths last major nuclear power station built in the UK, completed in 1995. Has 12 people in its nuclear division.

Programme control service provider for the British Nuclear Group Sellafield, as part of the Nuclear Joint Venture with Turner & Townsend.

During the past eight to 10 years has been involved in nuclear decommissioning and clean-up, operating at most of the UK’s nuclear licensed sites. Was involved in the last programme of nuclear power station construction at Sizewell B and Heysham. Has 42-strong nuclear division.

Currently engaged on the Dounreay Active Transfer Line, waste storage facilities at Sellafield, projects at Hunterston and Berkeley for Magnox, a reactor in France and a number of commissions for EDF British Energy. Has 190 staff in its nuclear division.

Has had a variety of roles on the clean-up at Sellafield for British Nuclear Group, including providing environmental services to the client.

Current projects at Sellafield, Berkeley, Capenhurst and Springfields include reprocessing, decommissioning and remediation. Has about 120 nuclear staff.

The Washington division is part of the Amec consortium that is running the Sellafield site. Has also positioned itself for nuclear new-build work.

Involved in framework commissions for Sellafield and Hinkley Point and on the environmental services framework for Dounreay. Partner in decommissioning company Cumbrian Nuclear Solutions. Has a 40-strong nuclear division.

Carrying out projects at Sellafield. Previous decommissioning experience at a number of locations including Wylfa, Dounreay, Dungeness and Berkeley. Has no dedicated nuclear division – workforce is provided from other parts of the business.

No previous UK nuclear experience but has worked on projects in Finland and France.

On the civil engineering framework at Trawsfynydd decommissioning site. Was involved with construction of Chapelcross Magnox Power Station and Sellafield Product and Residue Store. Has 10 lead people in its nuclear work, backed by its construction division.

Decommissioning projects at Trawsfynydd and Winfrith, and an effluent treatment plant project at Hunterston A site. Has a 100-strong nuclear division.

Four current projects at Sellafield. Working on renewable maintenance framework for decommissioning of Chapelcross in Dumfries. Has more than 100 nuclear staff.

Built power stations at Torness, Hinkley and Hunterston, as well as various work at Sellafield since 1983. Currently mainly involved with nuclear design work. Has no standalone nuclear division.

Did more than 80% of the civil engineering for France’s nuclear power plants. Carries out decommissioning work through its subsidiary Nuvia. Working on a £36m contract for the Sellafield Silos Direct Encapsulation project.

The teams to beat

Two types of nuclear reactor are currently being assessed – Areva’s European Pressurised Reactor and the Westinghouse AP1000. Both are undergoing a Generic Design Assessment being carried out by the Health and Safety Executive and the Environment Agency. The results of this are expected in the first half of next year.

EDF wants the first of its four proposed reactors operational by the end of 2017 and all up and running by 2025. To hit a 2017 deadline, construction work is expected to start in earnest in 2011.