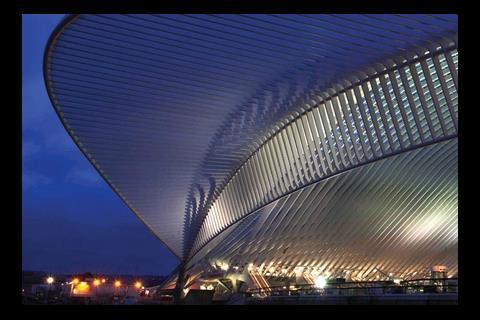 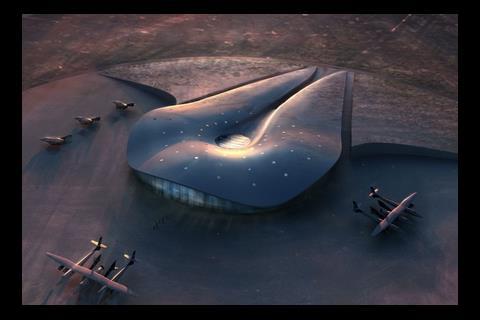 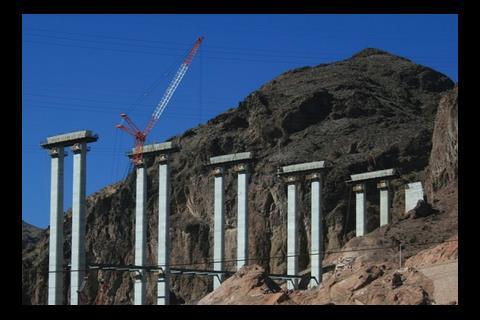 That’s one prediction for the amount that will be spent on global infrastructure over the next 20 years. But with bank financing having fallen by up to 85% in the UK alone, where is the money going to come from?

Around the world, many governments are making up for decades of neglect of public infrastructure with massive stimulus packages designed to create jobs, reduce reliance on foreign exports and enhance their competitiveness on the other side of the credit crunch.

According to a study by Canadian investment bank CIBC World Markets, government plans to spend their way out of recession will lead North America to invest $180bn (£113bn) on infrastructure annually for the next 20 years, Europe $205bn and Asia $400bn. Globally, the figure may top $35 trillion in fresh infrastructure investment over the next two decades. But, as the level of public debt in the UK reminds us, governments cannot fund such massive investment alone.

As many banks tighten their belts, there is a bottleneck of infrastructure projects chasing reduced spending capacity. The rules of demand and supply kick in and prices escalate. Margins charged by banks on project funding have been widely reported as being typically up from about 50 basis points in 2007 to 250 basis points and beyond in the current environment. The impact of this increase has been partially softened by a fall in the underlying interest rates.

Banks that are open for business are no longer prepared to go solo on massive long-term financial deals. Instead they club together, spreading the risk. But as the club gets bigger, the price gets steeper; negotiations and agreements can take longer and projects get more and more delayed.

It seems, therefore, that banks wield mighty power. But they too are up against constraints as they compete for available capital from their credit committees. It is the project financier’s job to make his or her deal look more attractive, lucrative and secure than the next; and so there has been a shift towards “mini-perms” – short-term loans for long-term projects. These mini-perms appear to have been better tolerated by banks’ credit committees in the current economic climate since more power rests with the lender and project revenue is prioritised in the banks’ favour. However, those banks with large books of project loans will still have historical deals that earn less than it currently costs to fund them.

Debt market statistics make distressing reading. In the UK alone, Charles Lloyd of HM Treasury confirmed in April that deal volumes in the UK in 2008 were 80-85% lower than in 2007. This significant decline is part of a global pattern that not only affects funding for new projects but refinancing too – notably for existing projects structured under mini-perms. Asset owners who need to refinance now have few viable alternatives.

A further problem for global infrastructure is that alternative sources of funding have all but dried up. Institutional investors – pension funds, insurance companies and the like – typically accounted for 40% of project lending. But their route to market was effectively stymied when monoline insurers – those that provide services to only one industry – saw their supposedly indestructible AAA credit ratings tumble.

The paradox is that institutional investors have capital to invest. Given the volatility in other investments, infrastructure, with its long-term stable cash flow which aligns with investors’ liabilities, could prove a worthy asset class. But they are reluctant to commit pension fund monies to anything less than an A-rated product. With few exceptions, they also lack the relevant experience and resources to go it alone.

An emerging trend in the global credit crisis is many banks’ inclination to stay closer to home and to focus on core client relationships. This is finding favour with governments – notably in the US and the UK – that now own significant stakes in national banks. Those banks appear to be playing bigger roles in funding major infrastructure projects linked to governments’ broader economic agendas.

But this nationalistic approach is having an adverse effect on countries that rely on international banks to fund their infrastructure development. Eastern Europe, where domestic banks tend to limit themselves to corporate finance, is suffering as external sources of funding head home. The upshot is that infrastructure investment in these locations has been severely curtailed.

As commercial banking has declined, development banks, such as the European Investment Bank [EIB], the European Bank for Reconstruction and Development and the International Finance Corporation, as well as the World Bank and the Asian Development Bank have taken on more integral project financing roles around the world. The World Bank, for instance, has announced its commitment to lend $45bn over the next three years to support road building and other infrastructure projects in poor nations. Likewise, the EIB is increasing its lending by about 30% (€15bn or £13.7bn) in both 2009 and 2010, compared with previous years. The additional global investment value expected to be leveraged in 2009 and 2010 should reach about €72bn, based on a historical leverage effect of five times the bank’s financing.

In the UK, despite contractions in UK lending, prime deals are still being sealed by several major banks, although continuing market volatility could significantly change their strategies.

Increasingly, the EIB plays a role in transactions such as the £310m M80 road project and the £3.8bn Manchester waste PFI project. Meanwhile, non-bank funding institutions such as Aviva and Nationwide are expanding their coverage – but this activity rests at the margins of infrastructure investment.

In the UK, infrastructure lending is considered a safe debt proposition. Last year a Standard & Poors report investigated over 5,000 global infrastructure projects and found that less than 1% experienced a default between 2004 and 2007, with recovery typically at 90-100%. Recent difficulties with two, unnamed, operational PFI projects could undermine this safe reputation, although if it does the most likely ramification is a tightening of credit terms or perhaps a shift in risk sharing towards the public sector rather than withdrawal from the market en masse.

There is no crystal ball to see us out of this crisis, and the landscape will look very different five years from now. Those banks that survive the downturn and industry shake-up are likely to emerge fitter and leaner than ever before. Even though some have opted out of infrastructure in the short term, they are likely to get back in as the government invests in order to keep unemployment down and improve national competitiveness. But they will not be able to meet investment demand on their own.

A wider pool of pension and insurance money, some in the form of debt funds, may have to enter the infrastructure market and help take up the slack. These institutional investors will become more active – and instead of accounting for a tiny percentage of the market as they do today, their share is more likely to exceed even that of the monoline insurance market at its peak. They could contribute as much as 60% of capital.

And instead of paying a fund manager to provide infrastructure experience, they may recruit their own small teams, targeting say five or six deals worth in the region of £500m per year. They may even join forces with the bankers, jointly funding transactions. Or they might act as a warehouse for post-construction deals if they can meet certain performance and structural hurdles. This sort of model plays to bankers’ credit experience while leaving the long-term lending “asset” with institutions that have long-term liabilities.

What is clear, however, is that the UK’s ageing infrastructure will continue to push demand for investment. Carefully thought-through, well-structured projects will continue to attract finance and will serve the nation’s need well into the future.