The amount spent on legal disputes has jumped by a third in the UK over the past year. Why are construction firms still so keen to spend on litigation? 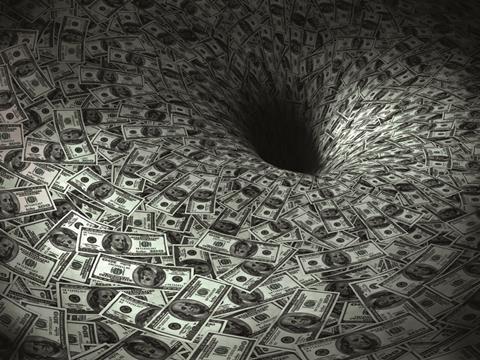 You’re in a new relationship and it seems perfect. You understand each other completely and the very idea of being at loggerheads seems impossible. But, sadly, not every relationship stays that way and whether this refers to two people or a number of companies, the truth is that when embarking on a new venture many of us do not give much thought to contingency plans for when things don’t work out.

This familiar problem now appears to be even more pertinent to the construction industry, according to research on disputes by EC Harris published last month. This research suggests the amount of money being spent on construction disputes around the world is on the rise. EC Harris highlights the UK and Middle East as particular hotspots, with claim values rising by 35% and 104% respectively over the last 12 months. The ongoing case between Cambridge council and contractor Bam Nuttall over the construction of a £151m busway indicates the sorts of multimillion-pound sums at stake - the council originally sued for £54.7m and Bam Nuttall’s counter-claim is for £43.1m.

So why is construction experiencing a particularly litigious period at the moment and what are the ramifications for companies caught up in increasingly costly disputes?

Hoping for the best

Disputes are nothing new for the construction industry. It has long been dogged by companies’ inability to put in place adequate procedures at the outset of a project. David Dale, EC Harris’ head of contract solutions in the Middle East, confirms that the head-in-the-sand philosophy is still prevalent in the construction industry. “No one is prepared to admit at the start of a project that their scheme might fall apart,” he says. “This means that the biggest problem we have is dispute avoidance and persuading people to put those all important agreements in contracts in the first place.”

Gary Kitt, head of contract solutions in the UK for EC Harris, adds that the financial risk is hardly ever worth taking. “I have just seen a £5m job ending up with a £12m claim,” he says. “A lot of clients are still not prepared to spend the money up front to get the contract, the budget and the contingency right. I would say you can end up spending around 10 times as much resolving a dispute compared to what you would have needed to put in at the start to avoid it becoming an issue.”

This lack of contract awareness among clients is particularly acute when it comes to one suite of contracts - NEC3 (see box below). Chris Hill, a construction partner at law firm Norton Rose, says for many clients it is not the right contract and they do not fully understand how it works.

He says: “NEC3 contracts are a problem because everyone raves about them. I often end up saying to clients, “Are you sure?” Because this contract puts a lot of pressure on you to be very involved as a project manager. We have seen a number of high-profile projects collapse thanks to NEC3 contracts because the project manager becomes completely swamped.”

Chris Ennis, director of Davis Langdon’s legal support group, agrees that the general trend towards NEC3 contracts - which require the contractor and project manager to look through the project to identify risks and avoid them if possible, discussing contingency for unavoidable issues - is not necessarily one to follow. “Two of the biggest cases I have been working on recently have been related to NEC3 contracts,” he says.

EC Harris’ Kitt blames a lack of investment in contract administration in general rather than NEC3 in particular. “I don’t think clients spend enough money in the early stages. It doesn’t matter what contract you use, if the money hasn’t been invested to do the proper contract admin, it won’t make any difference if things fall apart,” he says.

‘THERE IS NO EXCUSE’

Trying to squeeze projects into ill-fitting forms will never work, says Christopher Hill - but there is hope for improvement

At first sight the EC Harris report on Global Construction Disputes makes for depressing reading. Despite Latham, Egan, Constructing Excellence, NEC3, partnering, mediation and adjudication, the same problems continue to cause disputes. The most common causes of disputes in construction projects worldwide were incorrect contract selection and failure to administer the contract properly.

Some points need to be made about the research. It is based on construction disputes handled by the EC Harris and Arcadis claims-handling teams over the course of a year. Nothing is said about the size of the samples. The survey characterises disputes according to a set menu of causes, all of which seem to be failures on the client side. That might not be fair - for example, one man’s “failure to make interim awards on extensions of time and compensation” is another man’s poor contractor performance.

The range of procurement routes open to an employer has grown exponentially in the past 15 years, but client procurement skills have not kept up. There is no excuse for clients who squeeze projects into an inappropriate standard contract template or fail to administer the contract they have chosen. NEC3, for example, requires an understanding of the role and level of input required of the client that is unfortunately not always there. When used properly, the “early warning notice” procedure and the register of time and cost risks encourage a problem-solving approach and help avoid the “blame culture” at the root of so many disputes.

“Ambiguities in the contract documents” is another area where there is hope for improvement. Conflicts between the terms and conditions and the preliminaries should be addressed in the drafting. Conflicts within the design information will be positively impacted by the adoption of Building Information Modelling (BIM). By including BIM protocols, contracts will finally describe the scope, duties, basis of communication and collaboration required of designers.

Finally it was interesting to see an emerging trend within the UK market for the parties to use litigation in the courts. The courts are a public service which has never before been more efficient and cost-effective. Moves to make the pre-action protocol for construction disputes, which encourages early settlement, “voluntary” must be resisted.

Christopher Hill is a partner at Norton Rose

One of the ironies of the sudden rise in construction disputes - particularly in the UK and Middle East - is that it can be linked to signs of recovery. The credit crunch that hit in 2008 meant that many firms shelved their disputes, but with clients reviving mothballed projects contractors and consultants can see there is money to be recouped and so decide to finally bring their disputes to court. 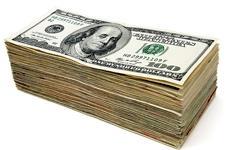 “There is an increase in the number of people willing to take issues to formal dispute stage as there is more liquidity in the market now,” says Dale. “Contractors can see that and so they are more prepared to press the button and try to get their money back on disputes that have been hanging around for a while - especially in the Middle East where there have been so many suspended and cancelled projects.”

The worry is that the UK will follow the Middle East’s lead as it claws it’s way out of recession. “It’s not looking good,” says Kitt. “There are increasing signs of larger projects starting worth millions of pounds. And this is likely to result in more and more big claims. The industry needs to learn and see the situation that so many of them are in at the moment as an education.”

There are increasing signs of larger projects starting worth millions of pounds. And this is likely to result in more and more big claims

David Price, senior vice president of business development and strategy at Hill International, says the real victims are smaller construction companies and subcontractors, caught between fighting for work under ever tighter margins and negotiating the tortuous legal maze.

“As firms bid for jobs at increasingly small margins, we are seeing more and more small claims as subcontractors try to claw funds back from wherever they can,” he says.

It must be infuriating for many at the sharp end that, even when money is slowly trickling back into construction, it is ending up with lawyers rather than the industry.

The situation, for now, looks bleak. The advice is to put the proper contracts in place at the start. Experts in this field reiterate time and again that clients need to produce a quality contract, specifically designed for the job and fully agreed before the project starts.

Dale says: “Be prepared to get your contracts clear and budgets right from the beginning. It could save you around 10 times what you end up spending sorting out a dispute resolution.”

He adds that while EC Harris and other dispute specialists and consultants will try to lead clients in the right direction, he doesn’t see a huge change any time soon:
“We are seeing a lot of projects coming through - especially smaller disputes. There is no real let-up.”