So far the construction industry’s Olympic record has been excellent. Cue big pat on the back. The question is, with a new, inexperienced client taking over and just six months to go, can it finish the job? Building reports

Just 204 days to go until the London Olympics kick off. Six years’ hard work now rests entirely on the success or failure of the next six months. That’s a lot of pressure. Pressure on the London Organising Committee of the Olympic Games (LOCOG), a brand new client with an enormous job to do, a limited time to build supply chain relationships and a tough act to follow after the widely acclaimed Olympic Delivery Authority (ODA). And a tough job for the construction industry which must prove, right to the end, that the UK building sector can deliver schemes when it really matters on time and on budget. Years of planning, strategising, managing, designing and delivering have brought us to the point where 92.5% of the construction for the Games is now complete. But the final touches are crucial - and far from insignificant. LOCOG and its team of contractors and consultants, including ISG, Atkins, and Populous, must deliver 250,000 temporary seats, 165,000m2 of tents, 2,500 cabins, 140km of fencing and 250km of crowd barrier. At the end of last year, news of soaring security and ceremony costs had already hit the headlines. Could construction’s impressive track record on the Olympic sites be undermined by last-minute glitches - some of them beyond its control? Or is all this just pre-event nerves - a feeling that things can’t carry on going so well?

Certainly, the success so far means that, whatever happens over the next six months, things are unlikely to be blown too far off course. The major venues and infrastructure are in good enough shape to hold up against last-minute hiccups. But chances are there will be hiccups. And the difficulty for the construction industry now will be managing these for a client, and in front of a worldwide audience, with extremely high expectations.

At the end of last year a National Audit Office report revealed just how tight LOCOG’s budget is - a £93m contingency against £88m expectation of risk. And security costs have soared from £282m to £553m (quite a hike in anyone’s book) and the government plans to double the outlay on the Olympic and Paralympic ceremonies to more than £80m.

So what’s still to do and how should the construction industry position itself to best deal with a new client working to tight, and completely inflexible, time pressures and an imperative to get it right first time? Building canvassed opinion across the industry to find out.

For the ODA, the job is very nearly done. With the exception of the athletes’ village, everything else is either done, or on track. Only two other venues require further structural completion: Stanton Williams’ Eton Manor, the new permanent Paralympic venue that will complete this month, and the 5,000-seat water polo arena - one of the last buildings to be started on the Olympic park, and on track for completion in February. Once these are in - along with the planting of a few final trees to finish the landscaping - the ODA can “rest on the fact it has done a really excellent job,” according to Graham Watts, chief executive of the Construction Industry Council (CIC).

For LOCOG, of course, it’s the opposite story. Its job is just about to begin and it has a very short amount of time to get it right. With 26 Olympic sports and 20 Paralympic sports, the Games is the equivalent of staging 46 world championships simultaneously. LOCOG’s job is to create a park able to deal with 14,700 athletes, 21,000 journalists and broadcasters, and 10.8 million ticket-holders. The new client’s contracts add up to £700m worth of work, most of which has already been let to a plethora of fitout contractors, specialists and consultants. It includes procuring hundreds of thousands of items of sporting equipment, 200,000 temporary seats and 10,000 temporary toilets.

So what exactly do the construction companies working for LOCOG have on their to-do lists over the next six months? A good example of the type of challenges coming up would be to look at one of the key jobs, and one worth £120m of the whole £700m works. This is the role of construction manager, awarded to contractor ISG last year. The firm is charged with managing the overlay of all venues before and during the Games, including tents, cabins, platforms, utilities, lighting and drainage.

Anyone involved at this stage is really going to have to hold their nerve. To make silly errors or cut corners in the last six months would be ridiculous

On park ISG is responsible for the preparation, delivery and removal of all temporary facilities and services at the Olympic stadium, velodrome, aquatics centre and water polo arena, media centre, Olympic and Paralympic villages, basketball arena, hockey centre, handball arena and at Eton Manor for the wheelchair tennis. The firm will also directly manage the infrastructure requirements for the opening and closing ceremonies in the Olympic stadium. It will also oversee the overlay of 24 off-park sporting venues and 61 supporting non-competition venues, including games training facilities, transport infrastructure and hubs, material screening facilities and both athlete and IOC/IPC accommodation.

It’s clear that the volume of work is colossal. “There is an absolute shedload of additional stuff to do on top of the main venues,” says David Lawther, chief executive of ISG. “All the extra infrastructure, temporary seating; it’s a massive job.” This in turn will all bring enormous pressure on LOCOG and on the construction industry: “Thousands of officials are about to descend on that site,” says Paul Connolly, director at Turner & Townsend. “They may not have the expertise of a client like the ODA which has had six years to get up to speed, and I imagine they will be expecting construction to run smoothly and be a completely pain-free process. We know things don’t work like that. Things will go wrong and the industry will have to work harder than ever before to collaborate, work with the client and not fold its arms and say ‘I’ve done my bit’.”

It’s not just the amount of work that could be a cause for concern. A report by the National Audit Office at the end of last year revealed that LOCOG’s £2.15bn budget is under such pressure that there are fears a government bail-out could be necessary. “LOCOG has admitted that it doesn’t really have a contingency fund,” says the CIC’s Watts. “There will be huge pressure on it to get things right first time which will filter down to the supply chain. The body will probably be a difficult client to work with as it’s going to be very stressed.”

“Anyone involved at this stage is really going to have to hold their nerve,” says Jack Pringle. Partner of architecture practice Pringle Brandon. “To make silly errors or cut corners in the last six months would be ridiculous.”

And all this on top of the limited time available to build those all-important relationships with the supply chain, something that will be paramount to the overall success of the overlay - but this is where the construction industry needs to take responsibility, says Turner & Townsend’s Connolly: “On these big projects the devil is always in the detail and the migration process will be challenging. Things will go wrong and we don’t know what they will be yet. On a project of this size, there is no way of telling where the gaps are until they have emerged so it’s hard to mitigate risk. So it will be crucial for the supply chain and client to support each other. Talk early and collaborate.”

Don Ward, chief executive of Constructing Excellence, adds: “The ODA has been an excellent client and it will be tough for LOCOG to follow that - they will need to keep as much continuity as possible. My advice is that the supply chain needs to be contacting the new client now, talking and trying to understand its needs. And, I am sure this goes without question, they need to remember there is a massive reputation issue at stake here. So far, the ODA delivery has been pretty exemplary and if we can continue that and deliver and finish the Games in the same way, then that will result in a great reputation for the British construction industry and will open the door for work on other Games whether in Rio or elsewhere.”

“It’s about communication,” says Connolly. “And the industry continuing involvement way beyond the point it would normally be involved at the final stages of a project. The bottom line is that the ODA’s planning has been spot on and this will ultimately be a huge success. But the construction industry has to keep the new client informed as well as the other way around in case it is expecting the sort of pain-free final push that we know doesn’t really exist in construction.”

View from the new client 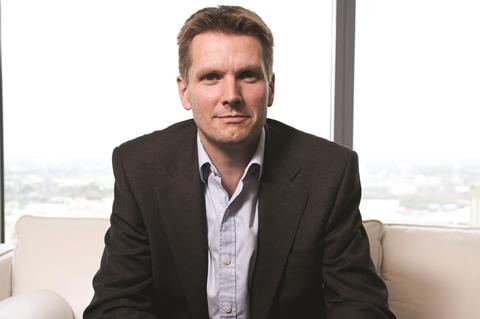 “This is a huge project. We will be welcoming 15,000 athletes, 5,000 sporting officials, 23,000 accredited media, over 200 competing countries, over 1,000 competitive sporting sessions over the Olympic and Paralympic Games, well over 100 competition and non-competition venues, with 5,000 staff and 70,000 volunteers all watched by a total audience predicted to be up to 4 billion people. On top of the sporting action we have a
70-day Olympic Torch Relay, a Paralympic Flame festival, a cultural festival of 1,000 events.

Now our Olympic and Paralympic year has begun, our focus is to continue to scale up, embark on a massive overlay programme for the venues in and out of the Olympic Park. After the handover from the ODA, we will be undertaking the process of turning all the buildings into Olympic competition venues ready to host the world’s greatest sporting event. We will be putting overlay into the new permanent venues on the park but also preparing existing ones for Olympic competition and building temporary ones from scratch, such as Horse Guards Parade and Greenwich Park.

Some big sporting test events are coming up - track cycling at the velodrome, swimming and diving at the aquatics centre, athletics in the Olympic stadium. We will continue testing and rehearsing right up until the opening of the Games.

We have confirmed our competition schedules, venues, and security planning. We are on track and within budget, but there is a lot of hard work still ahead as we head into the home straight.”

View from the old client 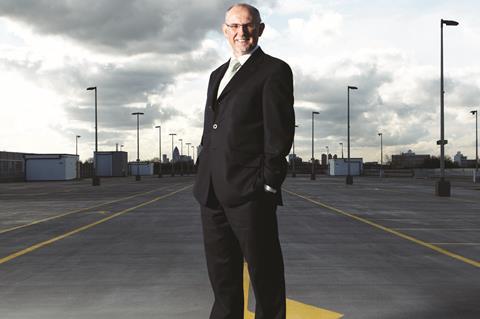 “Last year saw the velodrome becoming the first complete venue, followed by the Olympic stadium, media centres, handball and basketball arenas and aquatics centre. Our preparations for transport are equally important, with Games-time and legacy infrastructure and service enhancements in place a year ahead of next summer.

“As we hand the baton on to the London Organising Committee early this month, we will continue to work alongside them as we close out contracts and complete our remaining work. Early 2012 will see construction finish at our remaining three venues - the Royal Artillery Barracks, water polo arena and Eton Manor, while work on the public realm, parklands and infrastructure will come to a timely conclusion in the early spring. Work off-site will also press ahead, including a temporary bridge at Eton Dorney for spectators to use.

“Our biggest remaining task is undoubtedly the Olympic village, which is on track for handing over to LOCOG in January 2012, with the landscaping to be finished by the end of March.”