The Olympics: The greenest show on earth?

The organisers of London 2012 sprang out of the blocks promising to stage the most sustainable Olympics ever, and as they enter the final straight they appear to be on
course to set a new record - just as long as they don’t ease up before the finish line … Building reports 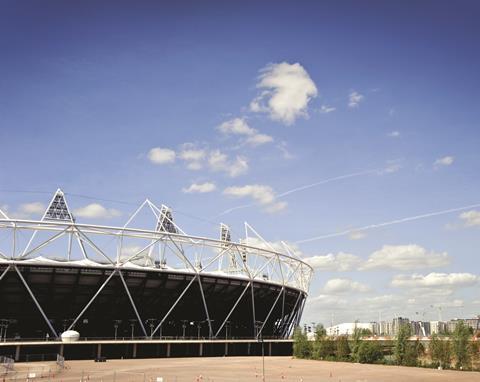 So will London 2012 be the greenest Games ever? David Cameron and Boris Johnson certainly seem to think so, as they told the World Economic Forum in January. This may have seemed slightly pre-emptive, with seven months to go before the opening ceremony. It may even have struck some of the more sceptical international observers as the type of political grandstanding that helped to win London the Games in the first place - particularly as a much-heralded giant wind turbine had failed to materialise on the Olympic park.

But as the prime minister and London mayor were touting the park as an example of the UK’s world-leading sustainability credentials, from low-carbon construction to land decontamination techniques, the figures appeared to back them up. Almost all of the sustainability targets that the Olympic Delivery Authority (ODA) set in 2007 have been met, exceeded or remain firmly on track for delivery (see “The hits” box, below). And even if any “greenest ever” claims have to be placed in the context of sustainability only having emerged as a serious issue for developers over the past few years, the construction programme has been undeniably impressive. The Commission for Sustainable London, an independent body that monitors the sustainability of London 2012, said in its annual review published in April 2011: “The ODA has done an exemplary job of sustainable construction and has set new standards that the industry would be well advised to follow.”

The job isn’t finished yet, though. Now that the ownership of the park has shifted to the London Organising Committee of the Olympic and Parlaympic Games (LOCOG), there are more targets to meet. A report published by the Commission for Sustainable London in February made a series of recommendations, focusing on the construction and operation of the temporary venues and reducing carbon emissions during the Games themselves. This last push will be vital to any claims to being the greenest Olympics ever.

Here, we consider what still needs to be done, as well as assessing the sustainability hits so far, and asking the ODA chairman about the one palpable miss - that mysteriously vanishing wind turbine …

An 80% reduction in potable water use has been targeted through a site-wide non-potable water network, provided via a black water treatment plant.

Last month marked the culmination of over eight years of work by the Environment Agency and the ODA to transform the Olympic site into the largest urban park created in Europe for more than 100 years. On 6 February, the Environment Agency announced that its work on the park had reached completion following the restoration of about 2.5km2 of land, much of it polluted, which was the equivalent of 297 football pitches. The project included: 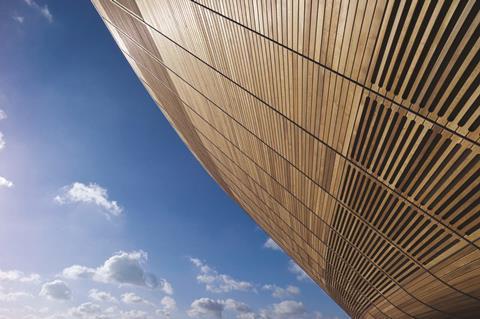 Of course, with more than 450,000 visitors expected from all corners of the globe, there is something inherently unsustainable about the Olympics, and it is not surprising that some of the events are difficult to “green”. The aquatics centre, for example, has to address the heating requirements and energy-intensive nature of swimming pools, and has a colossal 3,000-tonne structural-steel roof, seriously damaging its green credentials. But even here, the organisers have managed to score some sustainability points -
the ceiling is made up of 30,000 sections of sustainably sourced red lauro timber and half of the iconic roof’s aluminum covering has been recycled.

And what about Anish Kapoor’s controversial ArcelorMittal Orbit tower? Love it or hate it, it is difficult to argue with the fact that 1,250 tonnes of additional steel on site - which does not even contribute to venues or infrastructure - is hardly very sustainable.

The wind turbine that wasn’t

In April 2011, the ODA was forced to admit that it would not achieve its target of delivering 20% of all energy demands for the immediate post-Games legacy using on-site renewable sources, stating that 11% was a more realistic goal. ODA chairman Sir John Armitt says the delivery body misjudged the feasibility of installing a large wind turbine - which would have contributed 7-8% of the energy savings.

After two years of preparatory work, the scheme was dropped in June 2010. Armitt says: “Commercially, the operators were just not interested. And of course, by that time, you can’t really go back. Maybe we would have looked at geothermal more rather than going down the wind turbine route. But that’s a lesson learned.”

He says that the ODA will instead invest £1m that would have gone towards the wind turbine in carbon reduction measures such as retrofitting for local housing and schools across the four boroughs that border the Olympic park. “Arguably that could be a bigger win CO2-wise,” he adds.

“I think we hung our hat too firmly on the idea of a wind turbine. My personal opinion is that you won’t see wind turbines in urban environments because there are too many constraints.”