It really isn’t just about London … Ike Ijeh casts an eye over the Olympic-related developments, upgrades and refurbishments that have taken place across the UK, from the white-water rapids of Hertfordshire to the 53m-high Weymouth Tower

Although the focus of this year’s Olympics is inevitably on London, the Games has already made an impact far beyond the boundary of the capital. Several towns and cities across the country have been chosen as host venues for a selection of Olympic sports and, as a result, the wave of associated kudos and construction enjoyed by London sites has been felt elsewhere too. The furthest Olympic venue from London will be Hampden Park stadium in Glasgow, but venues can also be found as far afield as Wales, Tyneside and the south coast.

The level of actual construction varies significantly between each site, and while new buildings and facilities have been built at some locations, most are existing venues that will simply host Olympic events and leave no permanent legacy. This is especially true of the many sites hosting football outside London. In stark contrast to athletics, English Premiership football is one of the few British sports awash with money and as a result the Games will enjoy instant access to some of the finest football stadiums in Europe. Other host sites, such as Brands Hatch in Kent, are already well established sports venues in their own right and will require little adaptation for the Games.

However, other areas have already seen major construction work for new, permanent venues and it is these that offer greatest parity with the pattern of development that the Olympics has sparked in London. The level of regional dispersal may not be enough to quell accusations that the Games are excessively London-centric, but
it nevertheless reinforces the Olympics as a British and not solely a London event.

Situated at the northern end of the Lea Valley, the southern reaches of which are occupied by the Olympic park, this is the closest regional venue to the capital. It is also the only new permanent Olympic venue built outside London. The sleek timber and steel pavilion was designed by sports specialist FaulknerBrowns Architects and is the centrepiece of a public park designed by US landscape architect Michael Van Valkenburgh Associates. A new 10,000m2 artificial lake supplies the 15m3 of white water rapids that flow into its 300m competition course every second, enough water to fill each of the Olympic-size swimming pools in Zaha Hadid’s aquatics centre every minute. Having opened in December 2010, it is the only purpose-built Olympic venue already open to the public. After the Games its 12,000 spectator seats will be removed and the centre will return to public use as a rafting and canoeing centre. The £31m venue will host the ICF Canoe Slalom World Championships in 2015. 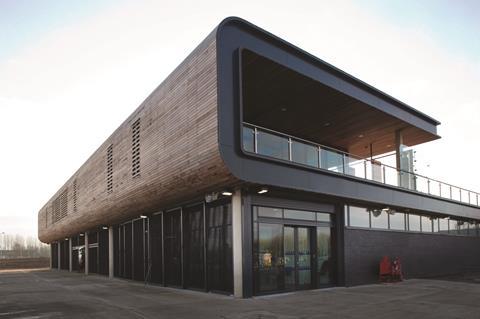 Set amid a 400-acre park and nature conservation area, and with Windsor Castle and miles of rolling lakeside countryside as a backdrop, Eton Dorney enjoys one of the most spectacular natural landscapes of any regional Olympic venue. The site comprises a 200m-long, 3.5m-deep, eight-lane stillwater rowing lake with a separate return channel running parallel. Already the rowing centre for owner Eton College and the host of the successful 2006 Rowing World Championships, the £17m venue only opened six years ago after a decade of construction, so was in little need of improvement. Even so, significant upgrades have been undertaken in advance of London 2012. These include enhanced warm-up and canoe sprint facilities, the installation of 20,000 mainly temporary seats, an improved access road and the construction of a 50m-span bridge and cut-through between the competition and return lakes.

This rugged 550-acre grass and woodland site is set against the romantic ruins of 800-year-old grade I-listed Hadleigh Castle, and its combination of rocky hillsides and wooded tracks provides the perfect terrain for a cross-country mountain bike course. Three routes have been woven into the landscape, with the highest offering a precipitous 70m incline. Temporary grandstands will also provide seating for up to 3,000 spectators. The course was completed in March 2011, and although the grandstands will be removed after the Games, discussions are still being held with the site’s owner, the Salvation Army, as to what extent of the course, if any, is to be retained afterwards. 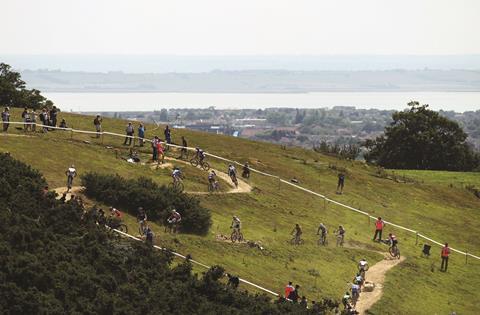 Weymouth is arguably the regional location that has experienced the biggest tide of Olympic construction and redevelopment outside London. As home to the Weymouth and Portland National Sailing Academy (WPNSA) and with access to some of the best small boat sailing waters in the world, it was the natural location for London 2012 sailing events. There is an important historical link with the capital, too - it was the quarries of neighbouring Portland that supplied the famous Portland stone that is so synonymous with London architecture.

Although FaulknerBrowns Architects’ £8m WPNSA opened in 2004, major enhancements continued to take place subsequently and it was the first Olympic venue to finish four years later. However, WPNSA is just one part of an ambitious wider Weymouth regeneration plan sparked by the Olympics. This includes redevelopment of its seafront esplanade and Portland’s former naval air station, as well as residential, leisure and commercial developments on Weymouth marina. It will even be getting its own ArcelorOrbit-style structure, in the shape of the new £4.5m Weymouth Tower. 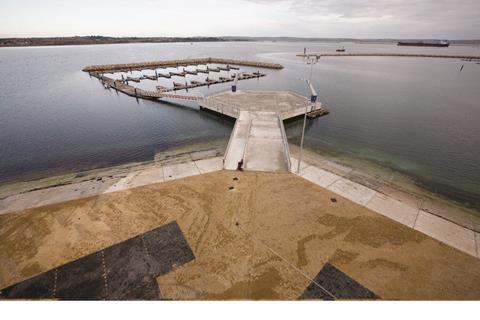 The other non-London venues