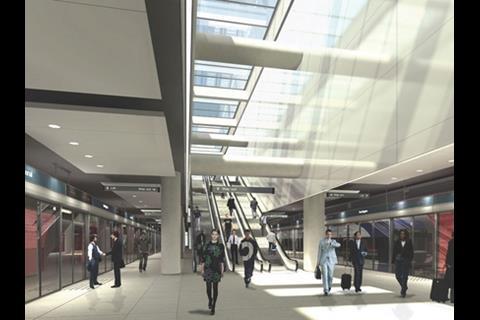 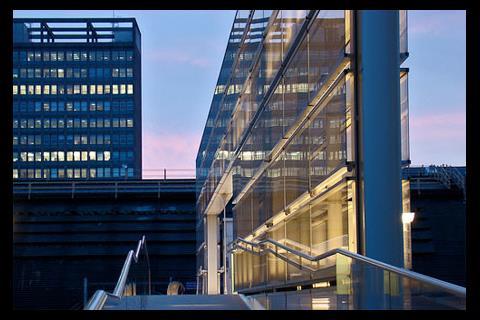 Crossrail will offer a feast of work for UK construction, with the three main tunnelling contracts up for starters. Andy Pearson finds out exactly what these entail

In October 2011, two giant tunnel boring machines will start their slow, grinding journey beneath London. The TBMs, as they are known in tunnelling parlance, will drive the first twin-bore section of tunnel that will eventually carry Crossrail beneath the capital. The tunnelling machines’ journey will begin in the west at Royal Oak and will finish, if all goes to plan, 15 months and 6.2km later at Farringdon.

The tunnels will be constructed under the first of Crossrail’s three major tunnelling contracts. Crossrail will be issuing an invitation to tender to the prequalified bidders for the first two tunnelling contracts in the coming months, and the winners will be announced later this year. Expressions of interest have been requested for the third running tunnel contract and an invitation to tender is expected in early summer. For the winning consortiums the task will be immense.

The tunnelling is the most challenging part of Europe’s largest infrastructure project, which will run 118km from Maidenhead and Heathrow in the west, through 21 km of 6.2m-diameter tunnels under central London, to Shenfield and Abbey Wood in the east. The subterranean route links new stations at Paddington, Bond Street, Tottenham Court Road, Farringdon, Liverpool Street and Whitechapel. The tunnel will divide at Stepney Green, with the south-east spur running underground to Plumstead and then on to Abbey Wood via the Isle of Dogs. The north-east spur will run underground to Pudding Mill Lane and then on to Shenfield in Essex (see map below).

The twin tunnels will weave their way between existing underground lines, sewers, tunnels and building foundations as they snake from station to station at depths of up to 36m. Crossrail has used four different consultants to develop the route. Each consultant was allocated a section of tunnel through which they had to define the route both horizontally and vertically through the maze of existing tunnels and sewers (see diagram below).

For the designers, establishing the route was not simply a matter of snaking a tunnel where space permitted. In addition to connecting to the stations, the tunnel alignment had to minimise changes in elevation to ensure the gradient is suitable for trains. Likewise, bends in the tunnels had to be carefully planned to ensure curves are gradual enough to be negotiated by the rolling stock.

According to Tucker, the consultants have done so much probing, sampling and investigation work in the ground beneath London that “we’ve turned it into a Swiss cheese”. The investigation was needed to enable the tunnel’s route to be firmly established. “Because we had to compulsory-purchase land, and because the scheme is part-funded by taxpayers’ money, and because it required an act of parliament to get it built, the level of design detail needed was pretty extensive,” explains Tucker.

An Arup/Atkins joint venture team is now using these earlier studies to complete the detailed design of the entire tunnel system so that Crossrail can procure the three main tunnelling packages (see below).

The station construction is closely linked to the tunnel construction. At Bond Street a shaft will be sunk first using either piles or precast concrete rings to create access down to platform level. A second contractor will incrementally excavate the station and install a sprayed concrete lining to form the platform tunnel areas, cross passages and escalator reclines.

Finally, the station contractor will move into the void to build the station and fit it out. “It creates an interesting set of interfaces and Crossrail’s biggest task is to manage those contract interfaces,” says Tucker.

With all the work taking place below ground, one of Crossrail’s biggest challenges is to ensure its impact above ground is minimal. “One of the bigger considerations is the buildings on top of the tunnels to ensure we don’t induce settlement on those buildings,” Tucker explains. There is a separate monitoring and mitigation programme in place on 4,500 buildings, some of which will be monitored for up to a year in advance of the tunnelling.

Where settlement is expected, mitigation measures are taken in advance of the tunnelling such as compensation grouting and underpinning of existing foundations. During tunnelling, the TBM controls the pressure at the machine face, which directly affects the potential settlement. Varying the speed of the TBM varies the pressure at the surface. Generally, speeding up a TBM creates additional pressure to counteract the potential for settlement above.

An Arup/Atkins joint venture is responsible for taking all the predicated settlement data to build a model to predict what the actual settlement will be, so that when tunnelling commences in October 2011, Crossrail will have a baseline to monitor the buildings’ behaviour.