3
Down the line: Market report on transport
Focus

Down the line: Market report on transport 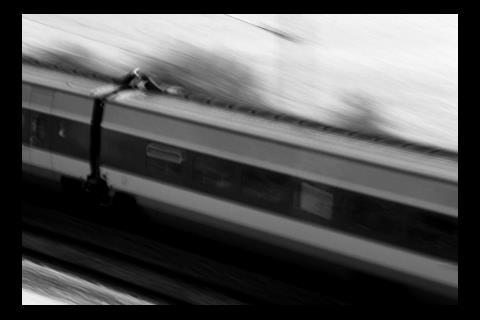 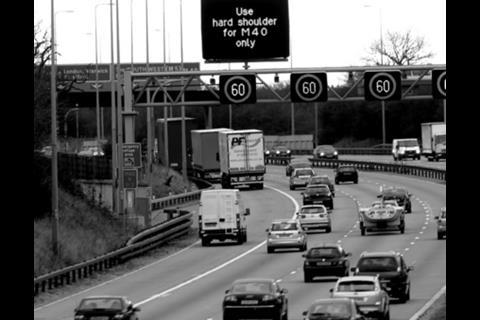 The Managed Motorways trial, which allows vehicles to use the hard shoulder in busy periods, is being rolled out nationally 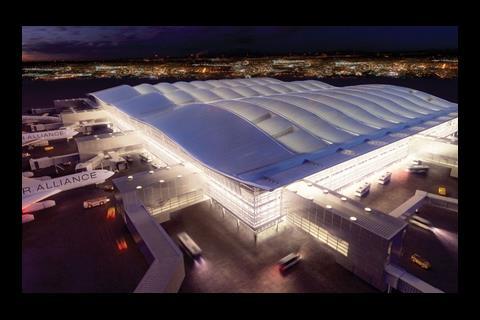 Transport investment is currently buoyant, but in the medium term, prospects could be affected both by political divisions and spending cuts. Simon Rawlinson and Steve Waltho of Davis Langdon provide a guide to what the next few years might hold in store

Infrastructure is currently the most dynamic sector in UK construction, and workload grew in 2009 by 10% in real terms, to £8.1bn. Road and rail currently accounts for 44% of overall infrastructure spending. With spending on airports included, 2009 will have seen the highest level of capital investment in transport in 40 years.

This revival of transport spending is a relatively recent phenomenon as, historically, governments of all hues have been reluctant to commit to sustained large-scale, long-term investment. Road and rail construction, for example, expanded quickly in 2001 and 2002 but then annual expenditure fell by over 30% before picking up in 2008.

With committed funding in place for both trunk road and rail investment, near-term spending in these areas is relatively predictable. However, although short-term transport investment was increased in the pre-Budget report, long-term capital investment has not been designated as protected expenditure and it is increasingly likely that many aspects of these programmes could be reconsidered as funding becomes tighter.

Transport investment also requires long-term planning, and to an extent, political consensus – Crossrail, for example, has been in planning and development for over 20 years. There is some concern that the next generation of large-scale infrastructure projects – both high-speed rail and airport runways – are not sufficiently advanced in terms of planning to have a chance of being ready when capacity is reached. And politics rather than finance will be a major determining factor of initial progress on these investments.

There is strong business support for continuing investment in transport infrastructure, and the British Chambers of Commerce (BCC) has recently released reports supporting a network of high-speed rail, as well as highlighting 12 projects worth £30bn for rapid prioritisation. Projects supported by BCC include Crossrail, increased capacity on the East Coast line, the Forth Road Bridge, a number of motorway and trunk road schemes, as well as the third runway at Heathrow. BCC’s support is based on assessments of wider benefits such as the reduction of congestion, which for the £30bn programme, they calculate will deliver over £86bn in benefits – almost three times the cost.

Election battle lines have already been drawn on transport issues, focused mainly on support for or opposition to airport expansion. Both parties have indicated support for high-speed rail. There are differences in the approaches to planning, Network Rail and rail franchises that might hold up sustained investment.

The Infrastructure Planning Commission (IPC), introduced by the government in 2009, is expected have a fundamental role in pushing forward difficult planning issues associated with transport investment – avoiding extended planning processes such as those for High Speed 1, which took over five years. The IPC works to national policy statements (NPSs), and the NPS for road and rail will be agreed with the Department of Transport during 2010. An NPS for aviation will follow in 2011. The Conservative party has stated that it will maintain support for NPSs but has also indicated that the Infrastructure Planning Commission will be replaced by a body that is more directly accountable through an elected membership. Although no changes will affect the current programme, they could delay the progress of large-scale future investment in transport.

Battle lines were being redrawn during February as the uneasy cross-party alliance on high-speed rail began to falter. The UK has only 110km of high-speed rail compared with 7,000km in Spain alone. Some commentators observe that the UK is too small and its cities too suburban to be able to take full advantage of high-speed rail in the way that France and Spain have done.

However, high-speed rail now has the enthusiastic support of the Conservative party, as well as the business community, who believe that rail integration with Europe will bring economic and environmental benefits. Labour was initially slow in promoting high-speed rail on the grounds that rail capacity to 2030 was already in place. However High Speed 2 was set up in 2008 to plan and promote a link to the North. Proposals were published last week. The scheme is likely to be worth £30bn, but work will not commence before 2017, and will take 12 years to complete. Pre-election manoeuvring with regards to proposed routes merely emphasises the enormous planning challenge associated with High Speed 2.

The Tories have announced a number of proposals for reform to the management of the railways, which could have implications for the future capital investment programme. One aspect of the proposed changes is to introduce changes to Network Rail management to make it more responsive to operating companies, passengers and freight users in dealing with issues such as overcrowding and constrained capacity. Another proposal to lengthen rail franchises to 15-20 years could have the effect of incentivising train companies to invest in their own infrastructure – competing with Network Rail to improve stations, provide parking and so on. Any organisational changes are unlikely to have an impact on immediate spending plans as they are committed as part of the current Control Period 4 investment programme (see below).

High Speed 2 is likely to be worth £30bn but work will not start before 2017, and will take 12 years to complete

Government consent has been given to the construction of an additional runway at Heathrow, and strong support has been given for expansion at Stansted. Both decisions are controversial, even though their prime objective is to safeguard economic growth through additional airport capacity. Proposals will be subjected to strict environmental criteria, although there is doubt whether these criteria can be met. The Conservative party is campaigning on a platform of no additional capacity in the South-east, preferring airports that are “better rather than bigger” – supplemented by strategic investment in high-speed rail, so that slots are freed up for high-capacity long-haul flights. In the short term, these opposing positions are most likely to have a local electoral impact, but the scale of the challenge – maintaining the UK’s position as an effective and attractive international transport hub – will require concerted effort and investment by whichever party wins the next election.

Network Rail is working towards the delivery of its £28.5bn Control Period 4 programme, which covers investment up to 2014, and will spend £10bn delivering a 22% rise in capacity. Network Rail’s funding to 2014 is secure and can only be changed with the consent of the Office of the Rail Regulator.

By the end of the period, it is anticipated that capacity will exceed 1.6 billion passengers per year – more than in the network’s Victorian heyday. However, capacity on existing and planned infrastructure is expected to be used up by 2024.

The current control period guarantees investment on Thameslink, the £1.1bn electrification of the Great Western and Manchester-Liverpool lines, as well as major station redevelopment at King’s Cross, Farringdon, Birmingham, Reading and Newport. Other station investment will only maintain current standards.

Beyond 2014, the programme is likely to focus on further electrification, high-speed rail, and enhancing signalling and stations. Major station investment will continue at Waterloo, Euston, Victoria and Edinburgh, and Network Rail has also proposed a 10-year “catch-up” programme, aimed at second tier stations. In total, station investment could increase from £600m to £800m per year.

Activity on the £16bn Crossrail project will accelerate during 2010 (see page 8). In the past, the Tories have pledged to review the scheme upon election, but recent statements have been more supportive. Although funding is secured from a number of sources, including private sector contributions and increased business rates, funding constraints could still slow the programme down. However, cancellation would cost at least £1.6bn, and seems increasingly unlikely.

Tube Lines’ PPP with Transport for London reaches a seven-and-a-half year review point in June 2010. The value of the next phase of work on the Northern, Piccadilly and Jubilee lines has been put by the Office of the Rail Regulator at £4.46bn – much lower than Tube Lines’ original submission.

The roads programme is expected to see a substantial reduction in workload from 2011. Beyond current major programmes such as the widening of the M1 and M25, no new motorways are planned. Strategic investment in pinch-points such as the A14 and A303 is likely to occur where high levels of goods traffic are exceeding capacity.

Funding and management of investment is shared by the Highways Agency and local authorities. Local authorities anticipate that capital budgets will fall by 50% from 2011, with repair and maintenance values also falling by 20-30%.

The committed investment at Heathrow is worth £4.8bn over the five years to 2014

This is the most unpredictable sector, partly as a result of the diversity of ownership and continuing moves to break up BAA, partly because of the recession, partly due to controversies over airport expansion. Most recently, the Competition Commission’s ruling on the sell-off of Stansted and Glasgow or Edinburgh was successfully challenged, and subsequent appeals are likely to delay investment decisions on long-term planning.

Falling demand has undoubtedly bought airport owners time in rolling out their expansion plans. Typically traffic levels in regional airports fell by 10% during 2009. However, airports such as Bristol, Edinburgh and Leeds Bradford are still planning for long-term growth in excess of 50%.

BAA’s capital investment programme is regulated by the Civil Aviation Authority. The committed investment at Heathrow is worth £4.8bn over the five-year period 2009-2014. The current programme is focused on the completion of Terminal 5 and the new Terminal 2.

Global Infrastructure Partners, which bought Gatwick in 2009 and also owns Luton, has shelved plans to add runway capacity at both airports. However, there is the prospect of up to £850m of investment at Gatwick, required to raise capacity to 40 million per year, involving expansion of terminals, piers and baggage facilities.

Outside the London region, the lengthening of runways at Birmingham and East Midlands is proceeding, as is an additional air-freight hanger in Manchester. An expansion scheme at Bristol, potentially worth £150m, is likely to be delayed by the decision of present owner Macquarie to sell the airport. Similar expansion plans at Edinburgh involving a five-year, £100m investment could also be delayed by uncertainty over ownership.

The big unknowns in aviation relate to runway expansion, to which the Conservative party has already confirmed its opposition. Despite government support, Stansted’s second runway, due for completion in 2017, has been delayed for a second time, while the Heathrow proposals are increasingly linked with plans for high-speed rail. Clearly airports are one area where the results of the election will have fundamental effect on long-term plans as well as short-term spending.