4
In the loop
Focus 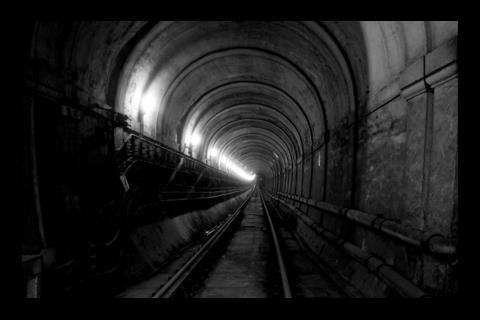 Work on the existing East London line involved stripping out the railway to the tunnel inverts and replacing it along with new power and signalling systems to take up to 20 trains an hour. One exception was where it runs through Marc Brunel’s Thames Tunnel – fortunately London Underground had already refurbished much of it in the nineties 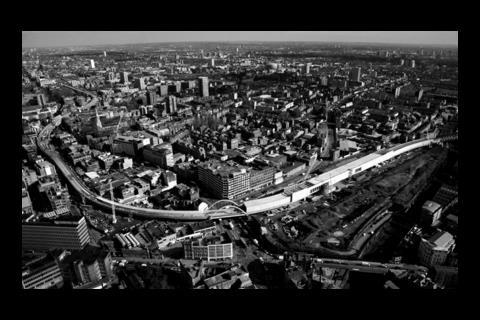 One of the biggest challenges of constructing the new sections to create the orbital railway has been weaving them through the dense urban environment. The new station on Shoreditch High Street (pictured) sits in the middle of a redevelopment area and has been constructed inside a concrete box, which will act as a crash deck, enabling the trains to continue running when construction of high-rise developments around it begin 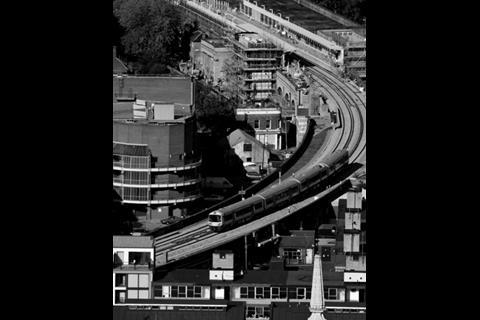 It has taken just six years to get phase one of the East London line extension from the drawing board to being operational. On 5 October 2009 the first test train began running on the track and in February trial operations began, in preparation for the public opening of the service in May 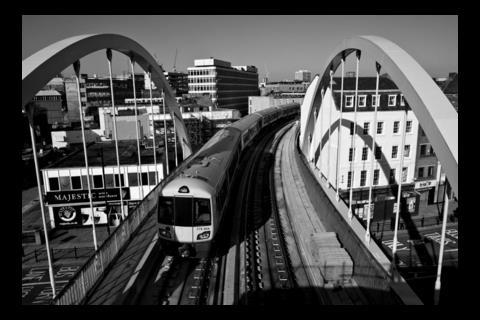 The 35m bow string bridge at Shoreditch High Street, designed by Arup, is one of several new bridges which have been constructed for the extension. In May 2008 commuter chaos was caused when the jack being used to lower an 1,800-tonne steel truss bridge just outside of Liverpool Street station gave way, causing the bridge to drop and debris to fall onto the mainline tracks below 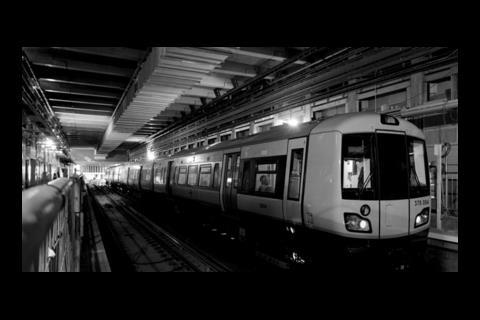 The new fleet of Electrostar trains that will use the East London line extension are already in service on the northern section of the overground. The carriages are designed for high capacity with longitudinal, tube-style seating, which allows people travelling longer distances to sit down and others to hop on and off easily 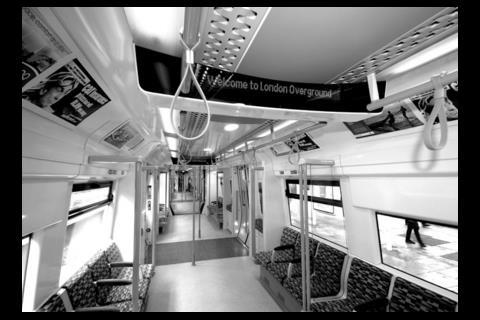 The new fleet of Electrostar trains that will use the East London line extension are already in service on the northern section of the overground. The carriages are designed for high capacity with longitudinal, tube-style seating, which allows people travelling longer distances to sit down and others to hop on and off easily

The £1bn East London line extension, which opens in May, is the first part of a plan to give the capital an orbital railway. Stephen Kennett looks at the work done and how the circle will be completed

It may seem slightly surprising for a structure that lurks deep beneath east London, but this tunnel was once hailed as the eighth wonder of the world. Built by Marc Brunel in 1843, and the project that his son Isambard cut his teeth on, it was the first tunnel to be succesfully constructed under a navigable river. The Thames Tunnel, which runs between Wapping and Rotherhithe, is a reminder of London’s central role in the golden age of engineering – which makes it all the more frustrating that for most of its existence it has had to serve an increasingly fragmented rail network operating in and around the capital.

Up until now, despite many lines running tantalisingly close to one another, it has been impossible to circumnavigate the city by train. London’s railways have been about bringing people into town and sending them out, which is fine if your journey happens to pass through the centre. Otherwise it’s a bit inconvenient.

Finally, this is about to change. After four years of intensive work, phase one of London’s first orbital railway, offering a fast, frequent “turn up as you go” service similar to the Underground, is on the verge of opening. Strictly speaking, the network, when finished, will be more than an orbital. It will take in 20 of London’s 32 boroughs, stretching from as far as Watford Junction in the north to west Croydon in the south (see map, overleaf). The phase of the project that will open in May is usually referred to as the East London line extension phase one, and will run south from Dalston to Crystal Palace and west Croydon (via the Brunels’ refurbished tunnel).

The £1bn project has involved the conversion of 9km of the old East London line to suit mainline Electrostar trains, which means that in February next year, when the section from Dalston to Highbury & Islington is completed, the extension will from a vital link in the circle. This section will connect Dalston to the old North London line – which runs from Richmond in south to Stratford in the east – dramatically relieving traffic to the Victoria line in the process.

The East London line extension has always been a race against time. Since the line was closed in November 2007, a train depot has been built at New Cross, as have four new stations at Dalston, Haggerston, Hoxton and Shoreditch High Street. Then there are the three new bridges, the upgrading of the abandoned Victorian viaduct at Broad Street, the refurbishment of existing stations, all the new signalling and power infrastructure – not to mention those 9km of new track. On 23 May, all this will be ready for public service.

It will take in 20 of London’s 32 boroughs, stretching from Watford Junction in the north to west Croydon in the south

“Taking a railway off the drawing board and in about six years procuring it, building it, completing the stations, procuring the rolling stock, testing it and getting it open is very quick by British and European standards, especially through such a built-up urban area,” says Howard Smith, London rail chief operating officer for Transport for London.

After the section from Dalston to Highbury & Islington is completed in February, the final part in the loop is to connect the London overground services west from Surrey Quays around to Clapham Junction. Funding has been secured for this project, known as the East London line extension phase two. Valued at £75m, it is significantly smaller than phase one and mainly uses existing Network Rail track.

There is also the potential for a new station at Surrey Canal Road, north of Peckham. There are still question marks over where the £10m funding might come from. “We’re not going to rule it out and we’ll build the railway with passive provision for it,” says Smith. “Three to four years ago the presumption was we’d go ahead with it but now times are a bit tougher you have to be a bit more selective.”

Work for phase two is due for completion around 2012. Speed of completion is less crucial than it was for the earlier work, says Smith, and the priority will shift from outright speed to cost. By 2012 though the work will be complete and for the first time passengers will be able to travel around the capital without having to journey through the belly of the beast …