With an influx of huge construction projects being readied across the world, and a shortage of people to build them, working outside the UK seems like a sure-fire route to a better pay packet. But is the reality so straightforward? Louise Dransfield looks at the Hays International Salary Survey 2016 to find out, with detailed salary tables 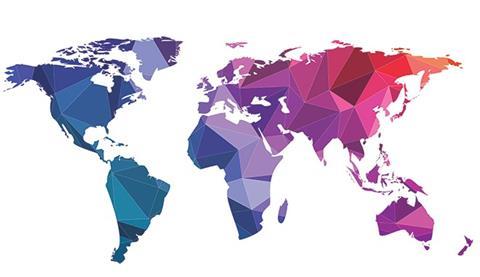 Following a resurgence of the global construction industry over the last couple of years – after a recession that saw little new blood enter the sector and many more workers depart – the dust has begun to settle and large, long-term projects are starting to take shape.

Key projects such as New Zealand’s mammoth Waterview motorway connection scheme in Auckland are coming on stream, while high-speed rail projects are springing up from Sweden to Singapore and airports, such as Hong Kong International, are being improved and expanded.

Governments, it seems, are bent on huge infrastructure programmes, catching up on schemes after the belt-tightening years that began in 2008. Salaries, therefore, are expected to rise as these projects gear up and those responsible for them fight to secure the best talent from what has become a very limited pool.

This year’s Hays International Salary Survey data – based on salaries of candidates placed by Hays within the past 12 months and salary expectations for UK expats – shows that salaries abroard are already a good deal higher than in the UK. For example, project managers of five to 10 years’ experience are now able to command up to £18,000 more in Singapore, while quantity surveyors of 10 years-plus experience can find themselves being offered up to £31,000 more in the UAE.

Meanwhile, salary growth in the UK has slowed, according to Richard Gelder, director of Hays’ property and built environment division.

He says: “It’s still really busy but people are just in a much more sensible position in terms of being able to control what they do with their businesses.

“There’s been more selectivity about which jobs they take on and these things feed through to more of a considered way of running a business,” he adds.

So if money is on your mind, heading overseas could be a great opportunity to increase your earning capacity. At the same time, while salaries remain low, the UK is lining up a number of massive schemes that could provide great experience. So should UK professionals chase higher pay abroad, or stay here and benefit from the kudos of having worked on some high-profile UK-based schemes?

Jason Brooks, international director at WSP Parsons Brinckerhoff, says: “Competition for global talent is almost as strong as it’s ever been.

I think that’s because there’s a bit of a shortfall but there’s also a whole series of major infrastructure programmes, in particular, being implemented around the world as people see that as part of the economic recovery.

“There will be quite a battle between the different countries for the real talent around some of these major project areas, to make sure that they get their fair share,” he adds.

This glut of infrastructure work abroad also means salaries can shoot up by as much as £40,000 for British civil and structural engineers outside of the UK.

But returning to the UK can prove difficult – and unaffordable. “If you step outside the market for too long, it is hard to come back,” Steer says.

Expats want to return, Arcadis’ Maynard says, especially from countries in the Middle East, but are finding they will face significantly lower pay packets. “They can’t afford to,” he adds. “They go over there, they earn higher salaries and it’s difficult to get away from that.”

There will be quite a battle between the different countries for the real talent around some of these major project areas, to make sure that they get their fair share

People coming back to the UK take “what you would class as a reasonably substantial hit to their income,” confirms Christian Moffatt, the managing director of Mace People, the recruitment arm of the contractor.

Professionals coming back from Australia are also having to think whether it’s worth it. Maynard says: “We’ve tried to bring people in from Australia and we do find there’s quite a disparity between what they’re earning there and what they could be earning here.”

But the UK has other draws – the new wave of major projects that include the government’s massive programme of upgrade works for its Westminster estate, infrastructure programmes such as Crossrail 2, HS2 and large commercial builds such as Arena Central in Birmingham, Airport City in Manchester and Silvertown in London.

This is presenting a choice: earn more abroad or stay put and work on high-profile schemes that could provide better experience and more credibility to your CV. Steer says he is definitely seeing fewer people willing to head overseas at the moment as there are “exciting projects and decent jobs” in the UK.

“They [construction professionals] want the legacy of a great project, or they want a challenging or interesting one with a blue-chip client,” Moffatt says, adding that an employer’s reputation is important when it comes to deciding whether to jump ship.

“If you’re a construction professional you want to work in what you see is a business with a great reputation and, certainly for your career development, projects are what attracts construction people to certain businesses,” he says.

However, those recently qualified can help progress their career by heading overseas for a couple of years, Steer says, adding that it can be the “best thing you could possibly do” as it allows people to learn and gain more responsibility than they might have in the UK.

But for those UK construction professionals eyeing up their next job abroad, Moffatt says they might not have it their own way in the future. There’s competition from the oil and gas sector, where the collapse in oil prices is seeing professionals seek safer working havens. “We’re being inundated with people coming from that background and applying for positions,” he adds.

So, while work in the UK is looking increasing attractive, foreign jobs still offer a dramatically better pay packet, especially for those early on in their career. Perhaps the biggest question facing those looking is – where do they want their next career move to take them?

Several large projects are slated to begin in Canada over the next year including the new light rail transportation system and the CA$150m (£78m) Chaudière Falls hydroelectric project in the country’s capital, Ottawa. There are also plans from Windmill Development Group and Dream Unlimited Corp to redevelop 15ha of industrial land spread over a cluster of islands between the provinces of Ontario and Quebec.

The projects reaching construction stage are creating a need for personnel who can manage and oversee them, with many also requiring specific skills and experience, which Hays’ Canada office expects will force employers to look further afield once local talent is exhausted.

Fit out and refurbishment continue to be the busiest sectors in Ireland’s construction industry, but there has also been a significant increase in both private and public new-build projects.

Demand is high for construction professionals with three to eight years’ experience, particularly architects with commercial and residential experience, while M&E and main contractors are undergoing large recruitment drives for building services engineers of all levels.

Demand for expats is expected to increase as France’s economy improves and big projects start in Paris, but French language skills are essential. The Grand Paris Express, for one, will see the creation of four new metro lines in the capital and modernise the city’s existing transport network. Despite not having seen a skyscraper mark its skyline since the 1970s, two major projects of note in the capital are Herzog & de Meuron’s 180m-tall Tour Triangle, which is expected to create 5,000 jobs during its construction, and the Hermitage Plaza, which will see two slender, 320m-tall mixed-use towers added to the La Defense business district.

A good local economy has kept up demand for construction professionals consistent in the country. There has been particular requirement for senior project managers and site managers. However, for most projects knowledge of the Swedish language is required.

The Swedish government currently has a 10-year infrastructure spending plan worth around €50bn (£38bn) for road and rail projects, including the development of a high-speed railway between the metropolitan regions of the country.

In the coming months, the HK$142bn (£12.5bn) expansion of Hong Kong International Airport is expected to begin, with specialist skills in design, construction and implementation required as it seeks to reclaim 650ha from the sea to create a third runway.

The government has also announced investment in hospital projects, which is creating a shortage of project managers and engineers with relevant experience. These upcoming projects will replace Hong Kong’s rail operator MTR’s projects, which are heading for completion.

A notable shift towards property and infrastructure has taken place Down Under in the last couple of years as Australia’s mining industry continues its downward spiral – a ripple effect from China’s economic slowdown.

This shift has seen a rise in demand for construction professionals as several large infrastructure projects, including New South Wales’ Sydney Metro Northwest and the West and NorthConnex motorway projects are hitting peak labour requirements and have already soaked up local resources.

In particular, quantity surveyors are heavily in demand as the flow into Australia of UK-qualified candidates has slowed, according to Hays’ Australia office.

In demand: All areas of construction and engineering

Demand is high for construction skills in the Land of the Long White Cloud as schemes such as the Waterview connection motorway in Auckland progress and the rebuilding of Christchurch continues five years on from the earthquake that all but flattened the city on the south island.

There has been particular necessity for quantity surveyors over the last year in Christchurch and project managers in Auckland on the back of the country’s second city’s housing boom.

The collapse in oil prices has affected government funding but the country’s more diversified economy has protected it better than some of its neighbours from the fallout from market conditions.

The Expo 2020 world fair is one of the projects guaranteed to proceed as is the infrastructure around it including the $32bn (£22bn) expansion of Al Maktoum airport, expected to handle the bulk of visitors due for the event.

As work picks up on these projects, it is expected that demand for UK expats will rise again.

In demand: Rail and tunnelling specialists

Following the Singaporean government’s intervention to avert a property bubble, the market has readjusted towards commercial building and infrastructure.

This has seen demand increase for construction personnel with rail and tunnelling experience as several rail projects gear up, including the 330km high-speed rail line between Singapore and Kuala Lumpur.

The Hays Construction International Salary Guide 2016, in association with Building, is based on salaries of candidates placed by Hays within the past 12 months and salary expectations for UK expats. UK figures are typical salaries reflecting the findings of the Hays UK Salary & Recruiting Trends 2016. The guide is compiled by staff worldwide who understand the local markets and are specialists in the built environment. The salaries are typical annual salaries for permanent positions and are guide figures only due to possible discrepancies in terminology, purchasing power and local variations. They also do not take into account local government tax regimes, hours of work and currency of payment. The salary figures have been converted into £GBP, based on conversion rates applied in May 2016 and have been rounded to the nearest £250.