Why is Hinkley delayed and overbudget? 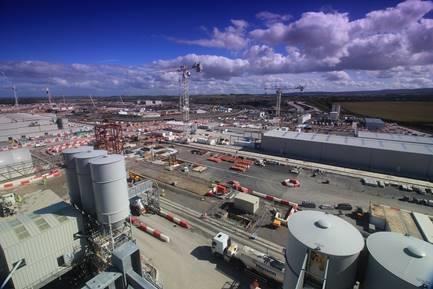 What happened: In 2012 EDF estimated the cost to build Hinkley as £12bn, way above the government’s 2008 estimate of £4bn. This grew incrementally to the most recent announcement that costs will now be £21.5bn-£22.5bn. It said the risk of a delay of 15 months to construction of the first reactor and nine months to the second had increased.

The earthworks at Hinkley Point C required excavation of 2.3 million m3 of mudstone with limestone bands, to depths of up to 34m on a site the size of 240 football pitches. Sprayed concrete, strengthened by an estimated 112,000m of ground nails, was used to retain the excavated slopes.

An EDF spokesperson said that ground investigation before starting showed “weathered rock in places, with a number of faults.” As work progressed, “it became apparent that the extent of the faulted zones was more extensive than envisaged.

“In addition, the areas of highly weathered rock degraded quickly, despite tight controls in terms of the maximum duration it could be exposed prior to blinding with concrete. These issues have led to additional excavation, additional ground nailing and additional substitution/replacement concrete.”