4
How bad can it be? The nineties recession vs the noughties crunch
Focus

How bad can it be? The nineties recession vs the noughties crunch 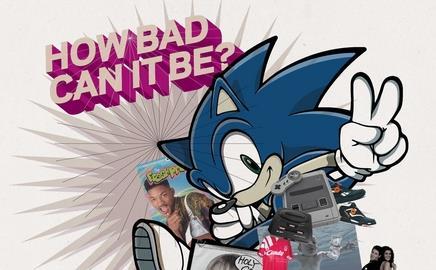 Remember 1991? For those now starting their careers, it may have been a time of cartoon turtles and spinning hedgehogs, but for older workers it was all about a recession that left the industry on its knees. Emily Wright spoke to both old and young to find out how they’re handling today’s downturn

‘The fear keeps you looking at your money’

The fear experienced during the last two recessions keeps you looking at your money very carefully. The lesson is to stick rigidly to your tried-and-tested business plan. I won’t gear Berkeley up, because it has taken me all these years to realise that running it for cash is the best model. Why grow and grow and grow?

One of the lessons I have learned from the previous two downturns is to make sure everyone is working efficiently. That doesn’t mean taking a Big Brother approach, but we’re putting in time-recording software to see who is doing what, for example. You don’t want people making themselves look busy.

Also, sort out your staff balance. You need a few old hands on high salaries, but some junior members, too. A boom can cover up inefficiencies, but in a recession inefficiencies get teased out.

While many millions have been made over the past few years, many more will be lost in the weeks and months ahead. The rules of the game have now changed.

In a period of unprecedented uncertainty, one thing is certain – property is a long-term business; the survivors will be those with financial flexibility.

I believe recessions speed up what is already happening in an industry, so that 10 years’ normal evolution takes, say, two years. This period of rapid change is an exciting time to run a business. In the early nineties, we went into the recession with the fifth largest market share in fit-out and came out with the second largest. Adversity breeds success in an organisation that is not afraid to be different.

The benefit of repetition is that it gives you the chance to learn from the past. I only hope that we are not forced to lose a whole generation of potential construction and design professionals as we have done in past recessions. That would prove to be a tragedy in the long run.

‘The downturn is a real learning curve’

I’m not old enough to have worked in a downturn before, so I suppose I have a youthful naivety. I work in the education sector and we have had some timely wins. On the other hand, I keep reading depressing news about the construction industry and talking to architects who are no longer in work. I hope the current political agenda investing in educational facilities continues to see my sector through.

I think I would be finding my job easier at the moment if I had lived and worked through a recession before. The commercial bargaining position between landlords and tenants is very difficult in the current climate and experience of the best approach to take would be helpful.

We still have clients doing deals, mainly cash-rich, medium-sized investors looking to capitalise on falling prices. For me, the downturn is a real learning curve.

I haven’t worked through conditions like this before and I’m not sure what to expect. I do feel, however, that our role is becoming increasingly important to ensure that risks in property transactions and building projects are managed efficiently. It’s much harder now for our clients to make an easy return, but investment will continue and we will need to be able to react to changing demands.

In 1991 he was … eight, playing Sonic the Hedgehog

Boom and bust is a fact of financial markets. I don’t think you need to have lived through a downturn to realise that.

I can’t imagine enjoying a market that was flat for 20-30 years at a time. It would provide a stable environment, but there would be no room for the large profits we all enjoy when the markets turn.

Hard times call for sound minds and, more often than not, a huge amount of patience. This environment is clearly a more difficult one in which to do business but that allows for more creativity in putting deals together.

3 million Capital Economics’ prediction for the end of 2010

56 Lombard Street Research’s affordability index in 1991. This compares house prices to the average disposable income of UK households.
One-hundred points has been the average affordability level since the early sixties. A lower figure means prices are more overvalued

83 The affordability index’s current value, suggesting houses are only mildly overpriced, but still at its lowest level since 1991

£16.8bn Construction output in the second quarter of 1991

Original print headline: How bad can it be