How to be cool: Tackling overheating in UK homes

Overheating in homes is set to become an increasingly urgent issue, especially in the capital, as global temperatures rise. With energy legislation demanding that buildings become ever more airtight, what is the best way for designers to respond? 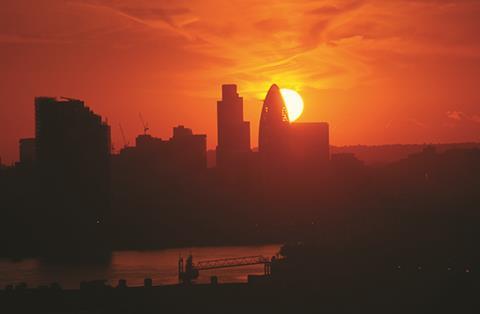 Overheating might not appear to be the most pressing environmental concern in temperate Britain with our cold winters and traditionally tepid summers. But it is a problem that many predict is set to get a lot worse. According to Andrew Mellor, environmental partner of PRP Architects, “Overheating occurs in London an average 21 days a year but it is likely to be 22 to 50 days a year by the 2020s and 25 to 90 by the 2050s.”

The Zero Carbon Hub quotes from CIBSE Environmental Design to define overheating as “conditions when the comfortable internal temperature threshold of 28˚C is surpassed for over 1% of the time”. The results can lead to extreme discomfort for occupants, particularly vulnerable people such as the elderly or young children. In the summer heat wave of 2003, recorded annual UK deaths due to heat exposure increased by 2,000. Some predict this could rise to as much as 5,000 by the 2080s.

Some meteorologists have predicted that by 2050, global temperatures could rise by as much as 4˚C. In Britain, this could potentially lead to successive summer heat waves and pronounced temperature rises in dense, heavily populated urban areas, where overheating problems are already at their worst. Moreover, due to the heat island effect - the environmental phenomenon by which cities develop their own hotter microclimate due to heat being stored in hard surfaces and a greater concentration of people, buildings and movement - summer temperatures in London can already be 10˚C higher than rural areas around the city.

Ironically some believe that energy legislation, with its emphasis on high insulation and airtightness, may not only be exacerbating the problem but actually leading to greater energy inefficiency.
Neil Smith, group research and innovation manager at warranty provider NHBC, which has compiled research in this area, explains the conundrum: “As new homes become more energy efficient and constructed to achieve higher levels of airtightness, the issue of overheating becomes ever more crucial. Not only is overheating a potential risk to health but the discomfort of living in an overheated house could lead occupants to offset the energy efficiency of their home by using fixed or portable air-conditioning units.”

As new homes become more energy efficient and constructed to achieve higher levels of airtightness, the issue of overheating becomes even more crucial

However, not everybody is convinced about the link between overheating and tougher energy legislation. Pete Halsall of the Good Homes Alliance (GHA), which last month published a key overheating report, insists that design and not legislation is the key. “The industry can’t just blame the government over this - the crucial issue is not more insulation but smarter design. And that can’t come from housebuilders alone; it has to come from the design community. A few tweaks to the design of a facade, particularly with regard to windows, shading and ventilation, can make a huge amount of difference.”

Clearly, windows play a significant role in the “tweaks” Halsall is referring to. Thousands of years of construction evolution have not altered the simple fact that opening a window often remains the cheapest and most effective way to ventilate a room and prevent overheating.

But other concerns, such as climate, noise and security, particularly within densely populated urban areas, mean that this simple option is not always practical or possible. A variety of design responses is therefore called for to address the problem. A selection of those responses are compared and explored below.

It does not take a great deal of environmental expertise to appreciate that a single-aspect flat is more susceptible to overheating than its triple-aspect equivalent. Cross-ventilation is one of the most effective means to naturally cool a dwelling and a single-aspect plan renders this impossible.

And yet, it has been expedient for several years now for housebuilders to cram scores of single-aspect properties onto city-centre developments to meet density and commercial targets. Perversely, this practice exacerbates the risk of overheating at precisely the urban locations where it is most likely to occur. Pete Halsall of GHA struggles to name a single UK urban, high-density, new-build residential development that has successfully tackled this problem. He maintains that “if developers choose to continue to build like this in order to make huge sums of money then they have a responsibility to make sure that the overheating issue is directly addressed.”

However, such are the cost and commercial benefits that single-aspect flats can bring when it comes to footprint efficiency and site optimisation that it remains all but impossible to imagine a scenario where they are universally abandoned for environmental or any other reasons. Therefore the more likely practicable solution to preventing overheating will probably stem from a combination of other window-related factors.

In recent years there have been significant advances in glazing technology and the evolution of smart glass could help to address the overheating problem. Smart glass is essentially glazing that can be either manually or automatically adjusted to control the amount of light, glare or heat that passes through.

It takes many forms: electrochromic glass applies a low-voltage electrical charge to composite glass panels infused with electrodes that oscillate to vary opacity and thermal permeability; liquid crystal glass acts similarly but with polymer dispersal. As well as these ultra-sophisticated examples, applications such as the low solar emissivity coating or embedded micro blinds used on the Shard also regulate heat conductivity and thereby limit overheating.

One problem with many of these glazing solutions is that, while smart glass costs are falling, they can still be prohibitively expensive - sometimes up to three or four times the cost of conventional glazing. This makes their use far more likely in commercial rather than residential developments.

For Halsall, the residential market needs to aspire to the more “sophisticated environmental commissioning codes and standards” of the commercial sector in order to address the overheating problem prevalent in housing. 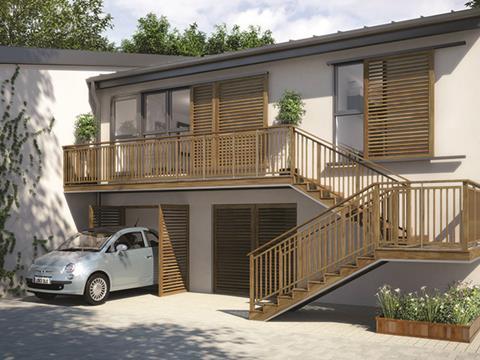 Louvres and shutters over windows offer the twin benefit of preventing overheating and also conveying design character. But these are just one element of a growing body of research into how more intelligent and interactive facades can be used to tackle overheating.

Intelligent facades incorporate variable and often automated devices that can be controlled to moderate internal climate exposure. Protecting facades from solar glare and overheating is a topic that has been extensively researched by Dr Paul Littlefair, principal lighting consultant at the BRE and an enthusiastic proponent of solar shading as a means to prevent overheating. “With retrofitting solar shading, it is a win-win situation. It is a lower cost to fit compared with air-conditioning, but you also get the energy savings too.”

Furthermore, where air-conditioning has already been installed Littlefair has still been able to identify a further carbon benefit of introducing both external and internal shading, as his environmental simulation model of a typical air-conditioned office has demonstrated: “Additional CO2 savings were obtained with automatic control of shading of around 3% compared with simple manually controlled or fixed systems. Overall an automatically controlled shading system gave building CO2 savings of 9% with internal blinds and 8% with external blinds.”

The use of external shading appears to be a growing force within housing architecture and several recent schemes imaginatively incorporate shading as a fundamental aspect of the facade design. These include schemes like Derwenthorpe Village in York by Richard Partington Architects and Hanham Hall in Bristol by HTA Design.

Building or room orientation is one of the biggest determining factors when assessing risk of exposure to overheating. Put simply, in the UK, south-facing rooms are most affected and north-facing rooms least. An orientation trajectory of between 60° and 90° towards the south can increase the risk of overheating by up to 20%.

Therefore the key orientation design challenge and a familiar tenet of passive design is to orientate rooms or buildings to take full advantage of sunlight but to minimise overheating and solar glare. As Littlefair puts it, “People value windows and daylight, but they need glare control. Having user control is generally the best approach to take.”

Other approaches often involve the application of secondary shading or ventilation apparatus such as louvres, brise-soleils or double- or triple-skin facades. Another design solution, as adopted at Foster + Partners’ Greater London Authority building (2000) is to create a spherical building envelope, which minimises external surface area and thereby reduces solar gain. 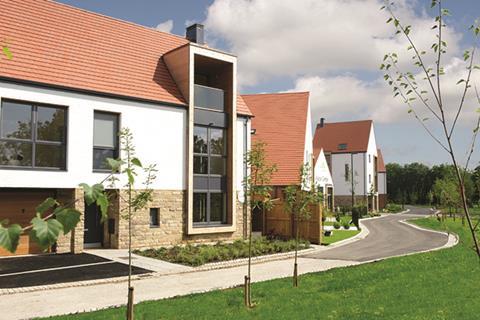 The extent of glazing, or size of windows, presents a conundrum when attempting to prevent overheating. Large expanses of windows or the aspirational floor to ceiling height glazing that is sometimes seen as a benchmark of exclusive city centre residential developments, obviously increase solar gain and therefore make a property far more susceptible to overheating. Accordingly, one of the misconceptions about Passivhaus is that it actively encourages smaller windows in order to prevent this.

Conversely however, large windows also admit daylight and sunlight which are essential for the comfort, health and well-being of occupants. Glazing ratios are one of some of the tools that seek to find equilibrium between these two positions. Some countries, although not the UK, specify that glazing must occupy a minimum percentage of overall surface area in newbuilds, in France it is 17%. In the United States, many designers adhere to glass-to-mass ratios which state that when glazing exceeds 7% of total surface area, additional mass is required to offset the risk of overheating.

However with advances in glazing technology the extent of glazing in itself is increasingly being seen as a less significant overheating determinant than the type of glazing used. According to the European Commission 44% of Europe’s windows are still single-glazed and the addition of double or triple glazing can dramatically reduce risk of overheating. As can the combination of the solutions discussed here such as shading, smart glass, solar control or low emissivity glazing.