Interserve: Waste not, want not

Interserve’s energy-from-waste crisis has prompted fears of another Carillion-style collapse, as the company takes drastic action to rebalance the books. Dave Rogers reports on how the firm is fighting its way out of the mess 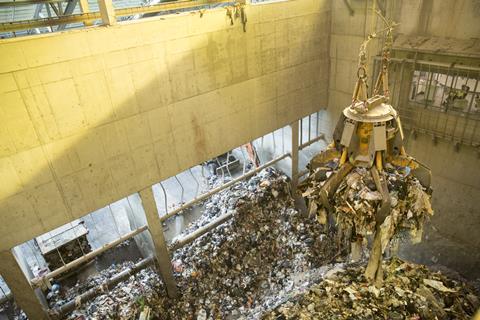 For those with an eye on the small print, page 13 of Interserve’s 2017 results statement made for eye-watering reading. Between 2015 and 2017, the firm’s losses from its energy-from-waste business have rolled up to £216.6m – which works out at more than £70m a year. “It’s been a sobering experience,” says Gordon Kew, the boss of Interserve’s UK construction arm, which accounts for just under one-third of the firm’s total revenue.

Chief executive Debbie White must have been wondering what her predecessor Adrian Ringrose had got the business into when she took her up post at the beginning of last September. By October last year, less than two months after she joined, White recalculated that it would cost another £35m on top of Ringrose’s previously estimated £160m to pull the business out of the sector.

City watchdog the Financial Conduct Authority also wants to know why the cost kept jumping, last week announcing an investigation into the way the firm disclosed information over a seven-month period up to Ringrose’s announcement last February that the cost of getting out of the sector was going to be £160m.

All this trouble has had a company-changing effect. It has forced a refinancing and heralded a major restructuring of the group.

Interserve is hardly alone in coming a cropper on a bad punt. Earlier this year, Galliford Try unveiled a rights issue to cover the expense of ballooning costs on its scheme to build a bypass around Aberdeen. So far it has raised £144m.

And back in 2013, steelwork contractor Severfield was forced into an emergency rights issue after seven problem jobs – notably its work on the Cheesegrater building in the City of London – saddled it with a company-threatening debt pile.

“We were quite explicit,” said Severfield’s new chief executive Alan Dunsmore, who took over from Ian Lawson earlier this year. “Without the shareholders contributing the £45m, we wouldn’t have survived.” For Interserve, energy-from-waste has had a similarly transformational impact. 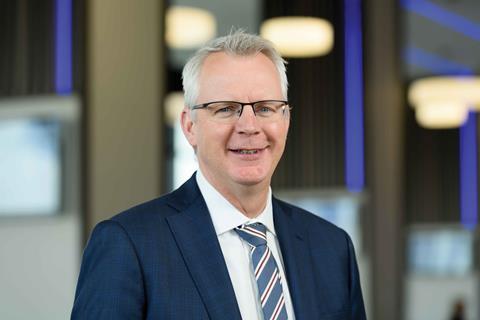 When it signed its first deal to build a facility in Glasgow in July 2012, Ringrose said the £146m facility would “make a real difference to Glasgow and the surrounding area and we are proud to be involved”.

Interserve stated the scheme would be able to handle between 175,000 and 200,000 tonnes of rubbish a year. This would have meant that 90% of the rubbish collected by Glasgow’s bin lorries would have avoided ending up in landfill and would have been able to generate up to 15MW of electrical power. At the bottom of the announcement, the firm added, somewhat unfortunately given the future, that its vision was “to be the trusted partner of all our stakeholders”.

However, in November 2016, Ringrose said he was stepping down and just a day after, Interserve told the Stock Market it had been served notice on the Glasgow job.

Such was the scale of the mounting losses from energy-from-waste that the firm decided in October 2016 to separate out its exited business,  with Kew’s predecessor Ian Renhard taking charge of the mess, and reporting directly to main board director Dougie Sutherland.

Kew says: “Having it as a separate business allowed me to run the rest of the [construction] business unencumbered.”

But Kew has not been immune to having to deal with other problem contracts, as the firm flagged up problems on a handful of schemes that helped to send the division to an operating loss of £19.4m last year from 2016’s operating profit of £25.2m.

Kew says the four loss-making jobs are a mixture of building and civils work. He adds: “Like everyone, we had problems with some jobs won in the recession. We won a few large, complex projects.” He says that work on the jobs, which the firm has declined to name, was complete but negotiations on final accounts were continuing.

Margins are better in civils, Kew says, and adds the business is eyeing margins of 3% by 2020. Anything more would be difficult, he admits. “I don’t think the way the market operates in the UK [that a higher figure] is achievable.”

After its bruising energy-from-waste experience, the firm wants more bread-and-butter work. A few years ago, the firm found itself preferred bidder, along with China State Construction Engineering Corporation, to build the £1bn One Nine Elms twin tower scheme in London, designed by US architect KPF.

The news left some in the industry scratching their heads at the fact that Interserve, not known for high-rise work in this country, had won the job ahead of more obvious tower builders. It was Chinese developer Dalian Wanda’s debut UK project and so a little more high-profile because of that. But this puzzlement became academic after Interserve was replaced, first by Balfour Beatty, and eventually by Multiplex to carry out the work, after failing to agree costs.

Interserve does have experience of high-rise towers at its international arm but Kew admits: “It’s not a job we particularly pursued – they came to us. I maintain we’d have delivered it [but] if the situation arose today we wouldn’t bid for that type of work.”

The company’s largest ongoing project is a £200m scheme to build a new facility for the Defence and National Rehabilitation Centre at Loughborough in Leicestershire.

Kew says turnover at UK contracting will have dropped this year and adds that he is comfortable with income of anywhere between £700m and £1bn. He wants more work with fewer clients, and in the wake of Carillion’s collapse is hoping for something of a sea change across the sector. “The main contractor-client relationship is about a balanced and appropriate sharing of risk,” he says.

The firm has taken on some of Carillion’s former staff. “They’re well-trained, experienced members of the industry. In terms of the demise of Carillion, it’s extremely sad. They go back to the Tarmac days,” he comments. “I do hope the industry learns from this and behaviours are moderated.” 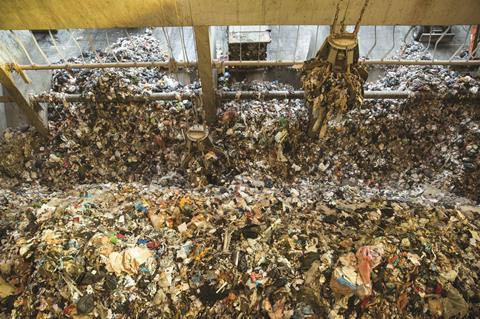 Chief exec Debbie White has implemented a restructuring plan that promises £50m annual savings, helping the firm recover from the losses of its energy-from-waste ventures.

Mention of the C-word has had some wondering whether the energy-from-waste debacle will force Interserve into a fire sale of some of its more profitable parts of the business – the star performer is its equipment services division, RMD Kwikform, which posted operating margins of 23.8% last year.

Ringrose mulled over selling the business a few years ago, but instead the firm decided to withdraw its equipment services business from less attractive markets such as Colombia and Singapore and pared back its product range.

Cenkos analyst Kevin Cammack has previously said Interserve might have to look at selling off RMD. The recent refinancing has bought it some time but Cammack warns with that with debt set to peak between at £650m and £680m in the first half of this year, a sale could still rake in cash if it fails to get debt down sufficiently.

“The obvious issue with Interserve is how it pays down the debt,” he said in a broker’s note earlier this month. “[With] scheduled repayments of the term loan aggregate £130m in financial year 2019 and financial year 2020 […] It seems to me that at the macro level, Interserve has two years’ [funding] grace, by which time it will raise new equity or be forced to make a strategic business sale [of equipment services].”

White’s “Fit for Growth” restructuring plan is promising annual savings of £50m from 2020. It has already seen the firm spend more than £16m on redundancy payments in 2017  – and White was only at the firm for four months last year.

Cammack says White, who picked up close to £526,000 in salary and benefits for her four months’ work last year, “is adopting a sensible and plausible recovery strategy from an operational point of view” and adds that, if nothing else, her and finance director Mark Whiteling’s decision earlier this month to buy a pile of shares in the firm “at least sends out the right message that new management have faith in their recovery plan – and their own ability to see it through”. 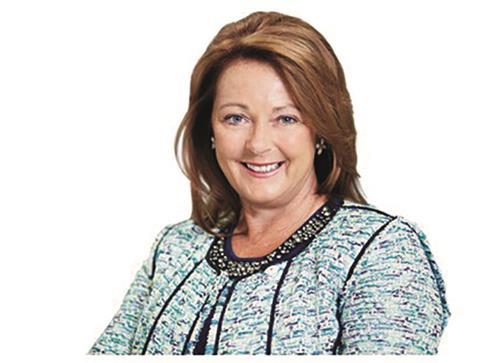 But he says the firm’s debt levels means it will have to generate more than £200m in the next couple of years and adds: “In short, Interserve needs to find circa £100m of disposals or new equity.”

It has begun marketing its stake in a £200m property scheme in Edinburgh where the firm had been working with Tiger Developments to build offices, hotels and retail outlets on a former goods yard next to Haymarket railway station.

But Cammack adds: “The PFI cupboard is now pretty bare so eyes once again will turn to equipment services, the one unquestionably valuable asset in its portfolio. The prospect of new equity could start to haunt the share price if progress on disposals and cash flow prove to be slow.”

Jitters surrounding energy-from-waste are never far away and Viridor’s parent company, the listed water utility Pennon Group, said in March it was in discussions with Interserve “with regard to the contractual settlement”. However, Kew says: “We don’t concur with their view of life and it’s a position we’re entirely comfortable with.”

The firm has completed work on all six of its energy-from-waste schemes apart from its job at Dunbar in Scotland. It is on site carrying out commissioning work at plants in Derby; Margam, south Wales; and Rotherham, South Yorkshire.

Kew says the firm expects to be finally out of energy-from-waste by the end of the year. He adds: “We went into a new sector that we’d thought we’d prepared for and clearly we hadn’t.

“[It’s] forced a refinancing and it’s a major catalyst as to why we had to undergo restructure of the business.”

Kew admits the firm came unstuck when it agreed to carry out complex process engineering work at Derby and Glasgow, with Interserve becoming responsible for making sure the plants produced their stated MW output. “There was definitely a capability gap.”

He says the firm won too many jobs too quickly and adds: “We do process work in other sectors but we hadn’t lived and breathed it. It’s a tough old market.”

Asked why Interserve has had to repeatedly revise upwards the amount of money it has blown on energy-from-waste, he says: “In my experience, once you’re in a difficult position on a loss-making job, it’s very hard to bite your lip […]. Sometimes you can spend too much money trying to recover a lost cause.”

Historians of recent UK construction history can point to many examples of catastrophic decisions made with good intentions, from those that plagued John Laing – when it was put up for sale by the Laing family back in 2000 the hope was it would fetch £100m; it ended up being flogged for £1 – to Carillion more recently. What happens in the coming months is unclear, but the keener historians on Interserve’s board will know the energy-from-waste saga is not over yet.