7
Lasting impressions: why they won Sustainable Project of the Year
Focus

Lasting impressions: why they won Sustainable Project of the Year 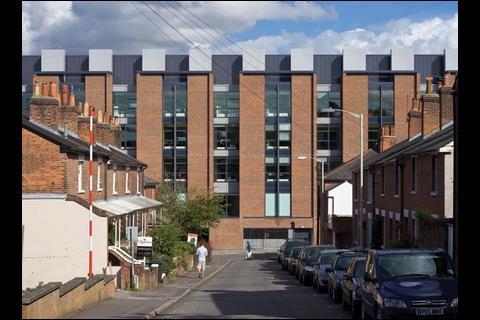 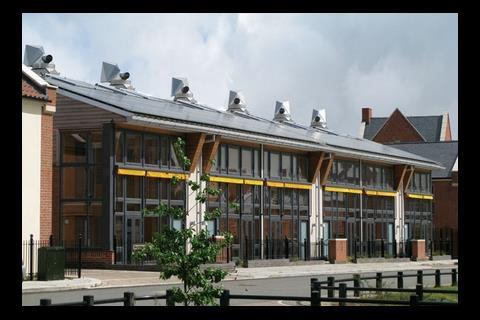 What set the two winners of Building’s Sustainable Project of the Year awards apart from the rest of the crowd? Stephen Kennett asked the judges to explain their verdict

BREEAM “Excellent” ratings; an “A” on their energy performance certificates; structural timber frames that don’t require glue or nails; pioneering energy generation systems powered by passing traffic; zero-carbon developments … In this sort of company, deciding what makes any one project more sustainable than the next is a pretty tough call. But this was the dilemma faced by the judges deciding which two projects should win the Building Sustainable Project of the Year award.

The projects fell into two camps: those under £2m and those over. There was a broad mix of schemes, including housing, offices, schools, warehouses and visitor centres as well as new build and refurbishments. It even included two speculative City developments by big league developers that look set to rewrite the rulebook for green offices.

So what caught the judges’ eyes about the two eventual winners and what makes a truly sustainable building in the eyes of the experts?

Sustainable Project of the Year (projects over £2m)

The completion of Elizabeth II Court in Winchester couldn’t have been more timely. Just as everyone has been talking about how the UK needs to tackle its existing building stock if it has a chance of the meeting its carbon reduction commitments, along comes a scheme that lays down a blueprint of what can be achieved.

“The thing that really stood out was that it was absolutely on target with what has to be done across the building stock in the future,” says Andy Ford, founding partner of Fulcrum Consulting. “And it is being done by a local authority. These are the clients who need to take the lead and they did it really well.”

The building in question was Hampshire council’s HQ in the centre of Winchester, a sixties concrete monolith sitting on top of four storeys of car parking. After 40 years, the council decided it was time to knock the building down and start again – the building guzzled energy, leaked water and its interior was a maze of dingy corridors. But a feasibility study revealed that refurbishment was going to be much cheaper and easier than a new building.

The original building had a measured performance of 95kg CO2/m2/year. The cautious target for the refurbished building was 39kgCO2/m2/year and over time the project team is confident the building will achieve 30kgCO2/m2/year or lower, which would be equivalent to a new build edge-of-town office and compares to a new mechanically ventilated building of about 55-60kgCO2/m2/year.

“It was the only scheme that took on a large-scale refurbishment,” says Ben Cartmell of Southfacing. “So many local authorities have these types of buildings from the fifties, sixties and seventies and this scheme demonstrates that giving it a treatment like this you can end up with a modern building with much lower emissions.”

John Alker of the UK Green Building Council (UKGBC) says what impressed him was that they looked at installing renewables but found much more could be achieved through intelligent application of passive design measures. Installing renewables was studied extensively, but, while contradicting much current policy, it was calculated that spending the equivalent amount on natural ventilation and improving the building fabric resulted in at least a fivefold better reduction in carbon emissions than on-site generation.

To date, naturally ventilated offices are associated with out-of-town new-build developments. However, the design team managed to implement it here despite the city centre location. “They integrated natural ventilation and that was ambitious, I think,” says Ford. “It shows that just because it’s an existing building, innovative things can still be introduced; you don’t have to knock things down and redesign them from scratch”.

It’s a view echoed by Julie Hirigoyen, managing director of upstream sustainability services at Jones Lang LaSalle. “The fact that it is an existing building, and specifically the age of the building and its challenging location, probably puts very significant limitations on what could be done. But what is usually a barrier was genuinely overcome with a really outstanding result against all odds.”

Sustainable Project of the Year (projects under £2m)

These are the first homes on to the market that have been formally certified to level six of the Code for Sustainable Homes. The development at Upton in Northamptonshire includes two homes for rent, two for shared ownership and two for sale – and they’re exempt from stamp duty.

According to Jones Lang LaSalle’s Hirigoyen, it stands out because it demonstrates what can be achieved. The units have been designed as zero fossil energy buildings. They use a low embodied energy glulaminated timber frame to support thermally massive walls and floors – typical U-values for the walls are 0.15W/m2K and 0.1W/m2K for the roof. A sunspace is used as a thermal buffer zone, allowing the buildings to capture warmth from the sun in the winter months, as well as providing additional amenity space. A 3.2kW array of photovoltaics provides enough electricity to exceed the entire electrical load of each building over a year, balancing out the energy needs.

“The absolute performance of this development is very impressive compared to other new building projects,” says Hirigoyen.

The UKGBC’s Alker says you couldn’t argue with its credentials. “In terms of carbon mitigation it was hard to beat and it came across as a really well designed community in which sustainability was central to the concept”.