Leaderflush Shapland: They’ve got the key 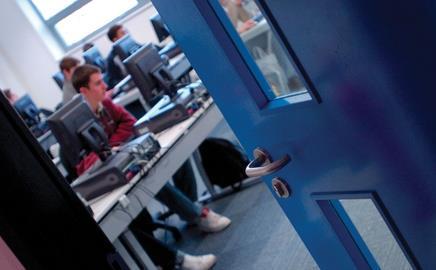 Leaderflush Shapland makes timber performance doors and doorsets for industries ranging from education and health, to commercial and high-tech industries.

The Shapland half of the firm was established in 1854 as a furniture maker. Leaderflush was formed in the thirties as a building contractor, which then began manufacturing doors during the post-war boom. The two companies merged in 1998 and today LS employs about 700 people, manufacturing in Sheffield, Birmingham, Nottingham and Barnstable, Devon.

In 2005 it was acquired by the Sheffield Insulation Group. Turnover last year was £46m, up from £39m the previous year.

Most growth came from healthcare and education. Adam Butler, Leaderflush Shapland’s marketing director, outlines what these booming sectors mean for his business.

Describe what you do and your market

Our top four sectors are commercial, education, healthcare, and sports and leisure. We see the education and health sectors continuing to grow this year.

We manufacture all our product ranges in house. The product requirement is usually for a fire rating, say 30 or 60 minutes, an acoustic rating of between 25 and 40 decibels, a specific high security requirement or a radiation requirement. All these performance standards have third-party verification. Our main specification route is through architects or with main contractors on large PFI projects.

What products are most popular for healthcare?

We’re a bespoke manufacturer so we don’t carry stock products. One of the key drivers in the health sector is creating a hygiene-free environment. The discussion at the moment is all about infection control. To respond to this we developed Hygienilac, an antibacterial coating that can be added to the wood lacquer or the powder coating on the ironmongery, and kills most types of bacteria including MRSA, Salmonella and E coli. Unlike a lot of these types of coatings, it doesn’t use silver ion technology. The advantage of this is it will also kill C diff, which is one of the main killers in hospitals.

Guidance from the NHS, sitting on their technical committees, as well as feedback from architects and the hospital trust.

In terms of education, we’ve recently launched a new specification guidance document called All You Need To Know About Doorsets. This is to create a rationalised range of doorsets that architects and contractors can use to cut out a lot of the design and specification process, as well as the design interface issues between ironmongery and doorsets.

What developments are coming up?

We’re about to launch a product called Sentinel, which is an integral antifinger-trap system for doorsets in schools. This prevents children crushing their fingers between the door and the frame.

What changes can we expect in the future?

We are also becoming more involved at the design stage, whether with the technical performance or the aesthetics. I can also see a trend for lead times, which are typically six to eight weeks, tumbling dramatically.