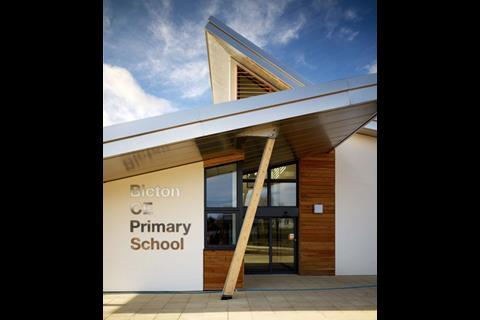 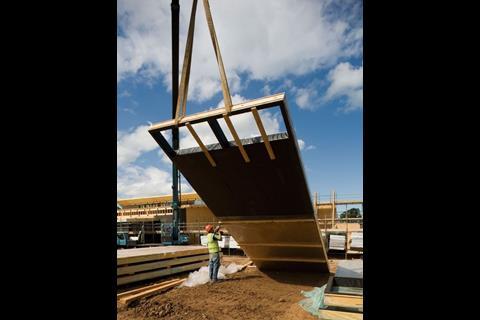 The superstructure uses a panellised system

When Shropshire council decided to merge two primary schools in Shrewsbury into one new building, its key criteria were sustainability and speed. Having won beacon status for its work on sustainable energy, the council insisted that the £2.8m, 1,500m2 Bicton primary school reflect its environmental values.

How did you come to work on the project?

da Cruz The council invited Framework to put together a team and come to interview. As we’d worked well with him before, Dave approached us to see whether we’d join a bid against at least three other teams.

Madgwick Yes, I first met Marco at an awards dinner. We talked at the time and shared ideas. Subsequently, we worked together. So when the Bicton project came along, we were keen to take it and get Marco on board.

How did you plan to meet the client’s demands?

Madgwick It was the council’s vision to provide the most sustainable primary school in the shortest time, maybe through off-site methods, but they expressed no particular preference. We reviewed the footprint of the site and suggested amendments that wouldn’t compromise the overall aims of the project, such as reducing the building’s height from two storeys to one and changing the pitch of the roof. The council agreed.

How does the system work?

da Cruz The superstructure is based on a panellised system. Each panel – for the floor, wall and roof – has a timber skin either side of a softwood frame. Keys lock the system together and an acrylic render is applied. It can come together in about two-and-a-half weeks.

Madgwick We made the superstructure and first-fix services off site, then married it with traditional systems on site. We do bespoke, sustainable prefabrication and this project, like all the structures we do, used timber. As a natural material, it replaces traditional materials that have higher embodied energy. The timber we use is locally sourced larch, a fast-growing, renewable softwood.

da Cruz Because we’d worked with Framework before, we were realistic about what we could achieve with their system, so we didn’t have to make many compromises once we’d started to design the building. But Framework did make suggestions on spans, module sizes and which walls needed to be load-bearing; that affected the design from the outset. We also decided that to be more in keeping with the surroundings, we’d reduce the apex height from 9m to about 5.5m.

Madgwick We looked at different spans and arrangements to maximise floor space. Based on M&E subcontractor advice on heat and ventilation, we suggested modifications to the proposed brise-soleil system. Developing the design to incorporate as much natural light as possible was also collaborative – our input into building orientation and layout was significant.

Were there any design compromises?

da Cruz Not too many. We wanted a flat sedum roof but the acoustics wouldn’t allow it, so we went for mill-finished aluminium.

What was the impact of the Building Regulations?

da Cruz Part L was most significant as we wanted to pre-emptively insulate to the new standards. In addition to the timber, which insulates well, we used thick

Rockwall to give high U-values. Acoustic performance – Part E – was also important. The ventilation system had to be designed to avoid sound transferring from the plant to classrooms.

Madgwick Our system was developed in 2000 but because we foresaw the changes in the 2005 regulations, we built in allowances for tougher requirements of airtightness, acoustics and thermal insulation.

da Cruz We had a restricted budget but still managed to create an excellent building.

Madgwick It’s a fantastic building. The clients were pleased, too. Even though the opening of the school was delayed by a term – for reasons outside our control, like moving a newt colony, removing asbestos in existing pipework, and bad weather – the building probably took half the time it would have taken if built traditionally and was completed in December. We’ll put the team back together for future projects.