On your marks: Countdown to 2012, London's Olympic stadium 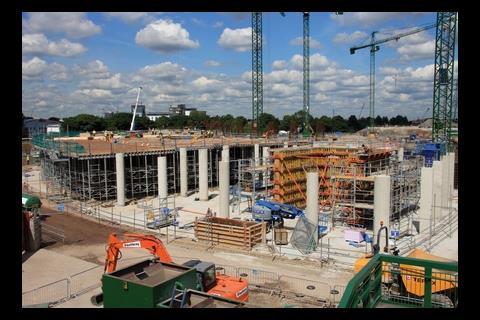 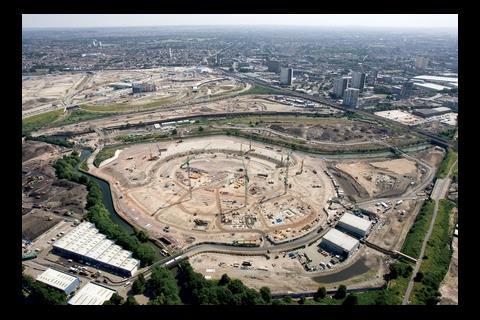 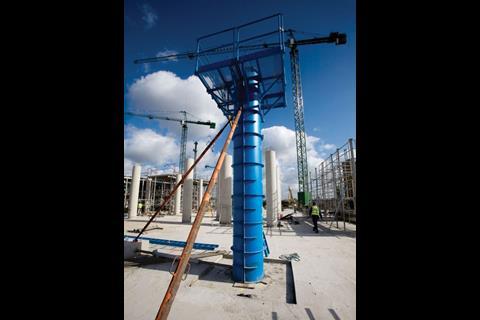 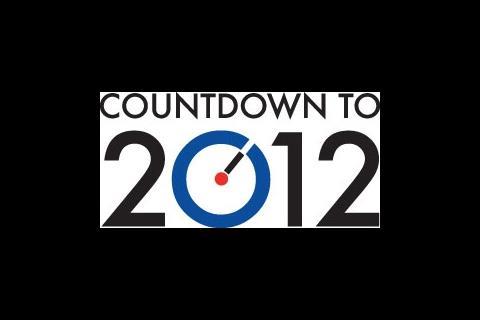 No false starts here. Construction at London’s 80,000-seater Olympic stadium has got off faster than Usain Bolt (well, almost). Martin Spring watches the sprint towards that now famous deadline

When Beijing’s mayor, Guo Jinlong, handed the Olympic flag to Boris Johnson on 24 August, the four-year clock started ticking for the London Olympics. But for Ian Crockford, the Olympic Delivery Authority’s project manager for the £496m, 80,000-seater stadium, the starting pistol was fired at the end of 2006, when bids were invited for design and construction teams. The Games’ immutable starting date of 27 July 2012 was deeply engrained on his mind.

“Time is the biggest challenge in building the stadium,” he says. “And we can’t do an FA Cup in another stadium, as happened in May last year,” he adds, referring to England’s other Olympic stadium at Wembley, which caters for football rather than athletics, and which came in more than a year late. In fact, the Stratford project’s actual completion date is due a full year before the start of the Games so that it can host test events.

Yet already time pressure is having a visible impact on the stadium’s 16ha site in Stratford, east London, where a forest of concrete columns, beams and floor slabs is quickly taking shape. In the first in a series of visits to the 40-acre stadium site as we count down to 2012, Building found that, since construction began on 7 May, the Olympic park’s largest venue is also its furthest advanced. To date, a circle of tower cranes has been erected and about 3,500 of the 4,000 permanent piles have been sunk. Even before that, 33 buildings were demolished and 800,000 tonnes of soil – enough to fill the Royal Albert Hall – were removed to make way for the stadium.

As well as an immutable deadline, Crockford and his design and construction team have a few more Olympian challenges to contend with. The first is that the stadium site is tightly hemmed in on all sides by two branches of the River Lea and a 143-year-old embankment containing north London’s main sewage artery. The second is that the stadium will have to be drastically scaled back to just 25,000 permanent seats once the Games have ended. Third, the construction of the stadium has to hold its own as just one component in the Olympic park, which is now the largest construction site in Europe with a government-approved budget of £8bn.

The ODA decided to tackle all these problems together by first appointing an integrated team of consultants and contractors with a track record of delivering top-notch sports venues. “Team Stadium”,

made up of contractor Sir Robert McAlpine, architect HOK Sport and structural engineer Buro Happold, delivered Arsenal’s 60,000-seat Emirates ground on time and to budget in 2006. The same team (without HOK Sport) put together the Millennium Dome in 2000, and converted it to the O2 (with HOK Sport) in 2006. It took over the Olympic stadium on 7 April, and since then all 200 members of staff have been housed together on the site.

Once in place, the team set about devising solutions to the problems of the tightly enclosed site and the eventual scaling back. To prevent the stadium stretching out over the waterways, it was gutted of its public concourses and facilities. Cafes, restaurants, fast-food outlets and shops will all be housed in free-standing pods strewn around the site. On top of that, the underlying slope of the site was built into the design by locating the athletes’ changing rooms and warm-up areas in a semi-basement at the lower end of the slope beyond the bowl.

After the Games, the stadium can be reduced in size by simply dismantling the upper tier and roof. For this, the team came up with an innovative hybrid structure, with its permanent lower part made of concrete and the demountable upper levels in lightweight steel. Only about 10,000 tonnes of steel will be used, making it the lightest Olympic stadium to date. The upper demountable steel structure will he held together by a series of ingenious connections, and the semi-demountable design will give the stadium its distinctive appearance.

This leaves the problem of how the stadium will hold its own while the aquatics centre, velodrome, Olympic village and a multiplicity of other facilities take shape all around it. Managing the entire Olympic park site is the responsibility of the ODA and its logistics contractor, CLM, which between them they employ 450 people. At the stadium, Crockford acts as interface between his team and the larger organisation.

For a start, access through the whole site has been limited to a single road, with just one entrance at either end. Along this road, a 10-minute bus service shuttles staff to and from their respective sites, and there is a constant stream in both directions of gargantuan dumper trucks and supply lorries.

We’ve been very careful to ensure there’s good supply chain management in the project. We’ve made sure the 50-odd subcontractors and suppliers are soundly based financially

Clearance of the park site was entrusted to Edmund Nuttall and Morrison Construction, which between them demolished 192 buildings and excavated more than 1 million m3 of soil. All of that then went through a “soil factory”, where it was washed and biologically treated, while toxic waste, such as asbestos and heavy metals, were removed and disposed of. The cleaned soil was then dumped in the northern end of the park to create a raised plateau for the athletes’ village.

To further centralise works, the ODA set up a communal concrete batching plant, which serves all the projects. Otherwise, each project is relatively self-contained, with its own site compound, plant and canteen.

With these problems under control, the overriding concern for Team Stadium will be meeting the deadline. Tony Aikenhead, the Sir Robert McAlpine employee who is playing the role of project manager, says this is being done through the use of fast-track design, procurement and construction techniques, much of it borrowed from the Emirates stadium. “That means that we standardise the design with an established grid and a lot of repetitive components and then prefabricate as much as we can,” he says.

Fast-track construction is certainly evident on the site. In the five months since Team Stadium took over, the piles have been driven by Keller GE into the ground up to 20m deep, more than 100 cylindrical concrete columns have been cast in situ to make up the semi-basement changing rooms and much of the first-floor slab has been cast on top. To one side of the site, a precasting plant operated by Byrne Brothers is busy turning out standardised raking beams. Simultaneously, out in Somerset and Peterborough, Tarmac is precasting terrace units, while in Bolton, Watson Steel is prefabricating the steelwork for the upper tier and roof canopy.

The project’s final and most unpredictable challenge may still lie ahead – that is, the looming recession. But Crockford is not fazed. “We’ve already been through price inflation, and now the market has eased a bit,” he says. “Even if it deteriorates again, we’ve been careful in ensuring there’s good supply-chain management in the project. We’ve made sure the 50-odd subcontractors and suppliers are soundly based financially and haven’t taken on too much other work in the Olympic village.”

The confidence of the team seems to suggest there’s little chance of anything going wrong. We’ll have to wait until the handover deadline in summer 2011 to find out whether that confidence is justified.

Biological remediation was used to treat the 800,000 tonnes of soil removed from the stadium site to the base of the Olympic village