Specialists vs the downturn: the UK's top subcontractors 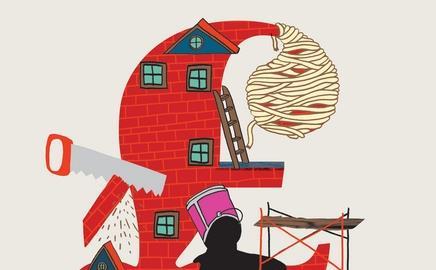 For the first time ever, we have a list of Britain’s top subcontractors, ranked by turnover and specialisation. Roxane McMeeken finds out how they’re tackling the downturn.

‘Contractual periods of 28 days are being stretched just far enough not to involve legal proceedings,” says Hugh Minett, business development director at Squibb Demolition. This is making life difficult, but his biggest fear is “the return of 75-day payments, where the middle of the line – firms like us – get squeezed. Our subcontractors depend on us to get paid quickly so they don’t fall foul of their bankers”. The knock-on effects could be huge.

This is an anxiety shared by most of the firms in our rankings of top specialists – the first comprehensive league tables of the nine main specialisms, exclusive to Building.

Like Squibb, these firms are the stars of their sector, ranking in the top 20 by turnover. But even the most successful specialists are not immune to the downturn. Squibb is one the most profitable companies in the top 20 demolition contractors, with margins of 6.6%, compared with the sector average of 4.5%, turnover of £25.4m and 116 staff. Yet Minett is worried about the future. “You think if you do a good job you’ll survive, but whether that turns out to be the case, I don’t know.”

So how exactly is the downturn affecting specialists, and what are the top firms doing to ensure their survival?

As our rankings show, many specialists are still bringing in healthy returns. The most profitable specialism, our research found, is scaffolding and access, with the top 20 firms raking in average operating margins of 6.3%. The number one scaffolding firm is Cape Industrial Services, whose operating margin is 7.1%. Peter Hughes, regional director of business development, says one of the reasons the sector is so profitable is that there are a limited number of firms offering the service on an industrial scale. He says: “It’s a capital-intensive business, so you need to be of a certain size to operate in this market.”

Another factor, says Hughes, is that Cape deals directly with the end client “so the security of our debt is better”. What is more, those clients are in the energy sector “which means our customers are doing okay. Also the work we do for them is repairs and maintenance, which can’t be delayed”.

For the steel specialists, success is down to other factors. Derek Tordoff, director general of the British Constructional Steelwork Association, says a milestone for the steel industry has been gradually getting rid of retentions. “Payment didn’t used to start until the steel had arrived on site, by which time you’ve done 90% of the work. Even before it gets to our workshop we’ve had to pay for the steel. But we made a vast effort to explain to clients that it’s not worth doing retentions with us because the product is manufactured offsite, which means there are fewer problems with it.”

Effects of the downturn

Yet even steel firms are feeling the effects of the economic turmoil. Tordoff says “double tendering” is on the rise. This is where a specialist teams up with a main contractor to tender for a job, then if the main contractor wins it goes back to the specialist and demands that they tender again.

Minett says: “It’s patently unethical. The main contractor goes out to subbies at the tender stage and probably wins the job owing to their low prices, then comes back and asks you to drop your price further. Or worse, he drops you and brings in his mate instead. It’s always gone on, but it comes back with a vengeance in tough times. All you can do is refuse to tender but that’s easier said than done when you’re moving into a recession.”

Our top specialists agree that payment periods are lengthening. Minett says his clients – both main contractors and developers – are holding on to money two or three weeks longer than they did before the downturn. He says, “Payment has slowed up, no question, and it’s very tough on cash flow.” He adds that, despite the fact the Construction Act was supposed to eradicate this sort of thing, he is haunted by the prospect of 75-day payments.

Specialists are also sensing that there is less work around. It is affecting those whose work is at the start of the construction process, such as demolition and groundworks companies, more than those who come in later, such as roofing and cladding firms.

Paul Bland is preconstruction director at McGee, which the second-biggest demolition firm in our rankings, with a turnover of £47.1m and an operating profit of 4.9%. He says: “The market has hardened for us in the past 12 months, particularly in our traditional core markets – residential and commercial.”

Tom Haughey, chief executive of Severfield-Rowen, the biggest steel contractor in the UK with an operating margin of 14.2%, agrees. “We do have concerns,” he says. “Projects that were on the radar are slipping in timescale. We have not had a single job cancelled, but it’s clear that the future pipeline of work is diminishing.”

But both McGee and Severfield-Rowen have strategies that they believe will allow them to weather the storm. Bland says McGee’s tactic is to move into infrastructure, where the stream of work is steadier. One of the company’s key infrastructure contracts is the King’s Cross shed service yard, which it is carrying out in partnership with Taylor Woodrow. The move, which was under way before the downturn has “given McGee a head start”, says Bland.

Apart from moving into other sectors, another survival strategy is to spread the net wider geographically. Haughey says Severfield-Rowen “will be exporting products to the Middle East by the end of 2009”. The firm has also just opened in India.

Minett says Squibb, which mainly operates in the south of the England, also plans to move into new sectors and regions. “We are looking at moving into Wales and Scotland for the built environment, and looking at other markets, such as energy, transport and even abroad.”

Across all specialist sectors, including concrete, the top companies say innovation is another way to stay profitable. Brian Morrisroe, managing director of 10th-placed AJ Morrisroe, says this is a factor behind the 3.5% operating profit of his business. “We need to be more innovative in a downturn. We need to look at a design and think about an alternative that would save us and the client money.” He says it might mean, for example, offering post-tensioning instead of traditional concrete. “It can save on materials and foundations and is quicker to build.”

Cape’s Hughes agrees. “We’re looking at ways to save money. If the customer comes to us and asks for scaffolding, instead of simply doing it, we’ll investigate whether we could use ropes instead.” He adds: “Innovating can cost more money at first, but in the long term, it’s what you have to do to stay in business.”

Tordoff adds that specialists must do all they can to get paid as early as possible. “In the last recession, most companies went under because they didn’t get paid.” He advises getting advance payments wherever possible and doing credit checks on clients.

But all things being considered, Tordoff is hopeful that specialists will cope better with the coming recession than they did with the last. “They’re more attuned to the situation this time. We’ve seen it coming for six months.” He reckons that through a clever mixture of diversification, innovation and strict management of cash flow, specialists can survive the downturn and return to the high profits they have enjoyed in recent years.

The lists of top specialist contractors set out in the tables were derived from a wide variety of sources, including Companies House, trade associations, the companies themselves and Hewes & Associates’ in-house data. Well over 500 firms were reviewed, more than 300 company reports were analysed, and close to 100 companies were contacted.

The aim was to identify the main companies involved in the provision of specialist contracting services. Thus, the tables have tried to quantify contracting and not manufacture or hire activities. However, this has not always been possible and in several instances we have had to report a firm’s total turnover, including its non-specialist contracting and other work. As a result, the listings are not an exact measure of a company’s contracting turnover, or even their ranking, but more an indication of their importance in the marketplace. This is particularly the case in the scaffolding, building envelope, flooring, fit-out and steel categories, where many firms make and/or supply as well as installing. Therefore, in some areas, one company may have a larger contracting activity than another, but appear lower in the rankings owing to the fact that other firms have a larger combined turnover.

When compiling the data, there was also the issue of companies that undertake operations in two or more markets. This was particularly the case in the ground engineering and concrete frame categories, where a number are active in ground engineering and concrete structures. In these cases, we have assigned companies to that category of work viewed as their main activity.

Finally, while compiling the data it was evident that some companies reported a specialist activity, but failed to provide disaggregated data. Where we failed to obtain data, companies were, depending upon their size, excluded.

While we have tried to be as inclusive as possible, this is a new exercise, and we welcome readers’ comments. Please forward any to Martin Hewes of Hewes & Associates on 01428-641518, or email hewesinfo@aol.com.