13
The attainment of zero
Focus

The attainment of zero 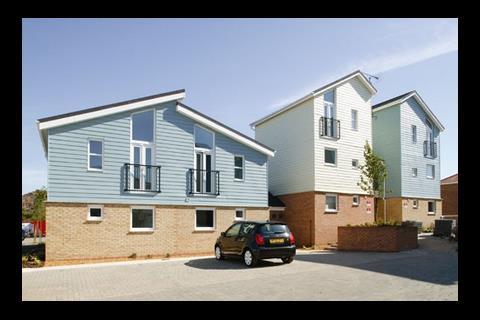 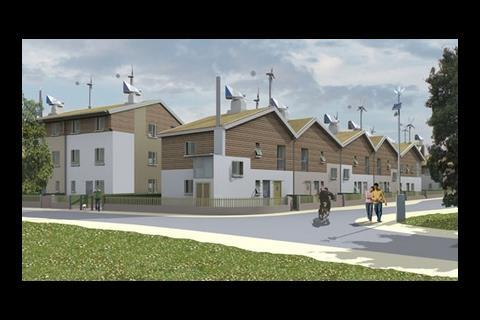 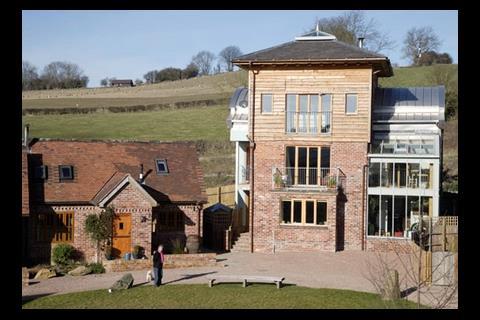 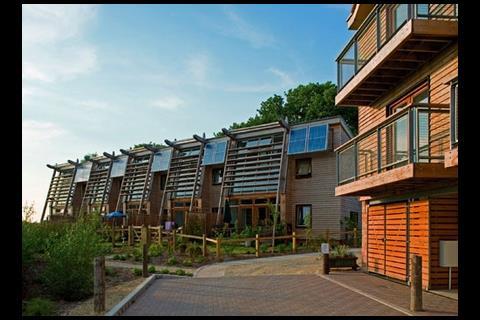 Housing The industry clearly has a lot of work to do to achieve carbon-free homes by 2016. Jan-Carlos Kucharek looks at four projects that are working out how it can be done

Yvette Cooper’s Code for Sustainable Homes has thrown down the gauntlet to UK construction. The industry has little choice but to comply with the government’s demand for housing to be zero carbon by 2016.

The code’s definition of zero carbon is still being clarified, and there is uncertainty over how the concept will be quantified and who will monitor it. Until a simplified method of calculation is decided on, progress in cutting emissions cannot be made. Gavin Killip, a senior energy researcher at Oxford University’s Environmental Change Institute, says: “We need to treat carbon quotients as if they were money, with credit and debt, so we all take responsibility for our accounts.”

Moves are being made to develop an empirical tool to calculate carbon footprints for housing. In the Fenland towns of March and Chatteris, BRE and English Partnerships are monitoring two housing developments in a project known as SmartLIFE.

The initiative, which began in September 2006, aims to compare and quantify energy use and waste generated by traditional building methods and modern methods of construction (MMC). “We want to know how innovative products and methodologies can push MMC, but we’re looking at hard data to improve the process,” says Oliver Novakovic, BRE’s technical director.

But although the study focuses on energy use of all kinds, from the origin of materials to transportation and waste production, the research does not pin down the embodied energy of construction materials. As Novakovic says: “The project conception preceded the Code for Sustainable Homes. We are not measuring their carbon footprint.”

Clearly, the industry has a lot of work to do. But here, we look at four other developments that are trying to reach the holy grail of zero carbon.

BIOMASS IS THE KEY

Architect Bill Dunster has played a key role in pushing the sustainability agenda in housing. Six of his firm’s RuralZed modular houses, built for the Metropolitan Housing Trust, are about to go on site in Upton, Northampton, and 80 more are planned.

The housing designs are one aspect of a wider agenda. The architect’s ZedFabric website also offers a one-stop shop to sourcing components. It takes a “mix and match” approach to photovoltaics, grey water recycling, boiler, wind-turbine and cowl systems, using a kit that can be applied to any house or development, old or new.

The website claims to take the effort and cost out of sourcing sustainable systems by using economies of scale in the supply chain. Products of mainly Chinese and German origin are imported by shipping container.

The site came about in response to clients’ reluctance to use green technologies in developments. “We got fed up with trying to integrate systems into projects, and clients saying they couldn’t afford it,” says Dunster. “The site aims to prove that sustainability can be straightforward.”

Dunster thinks that, despite the lip service from government and the industry about R&D, most products are sourced overseas. ZedFabric highlights the failure of UK manufacturers to profit from the growing market in sustainable technologies in the face of cheap foreign imports.

Dunster wants houses to meet all heat and power requirements by generating from within their site boundary, using 150-200kg of biomass per head a year.

In the absence of investment in renewable energy, argues Dunster, the government must throw its weight behind biomass.

Pushing the boundaries of sustainability and affordability for volume housebuilders, Redrow Homes has been pursuing the sustainability agenda through its Debut developments.

Conceived more than two years ago – well before John Prescott’s £60,000 house concept – Redrow used BRE’s EcoHomes rating system to assist in benchmarking and targeting its design approach. It wanted to establish high levels of sustainability at a cost that would not freeze out first-time buyers.

Its housing developments’ environmental impact rating for a mid-range home is 79, placing it just below the BRE’s band B. Five sites have achieved BRE Eco Homes’ excellent ratings – and that is without the use of on-site renewable energy.

Using a galvanized lightweight steel frame, the system is less weather-dependent than traditional construction, which reduces building times. An external envelope can be constructed in traditional and modern materials.

The approach typically yields a U-value of 0.27 for walls and 0.16 for roofs. Water is conserved by using low-flush toilets and flow restriction methods in the plumbing system, and rainwater is harvested.

Heating and hot water are supplied from plant rooms that serve up to 12 homes. This means that high-efficiency, low-emission boilers can be used. The hot water heaters can be maintained by a management firm to ensure proper operation.

Recyclability has also been factored in. The system’s galvanized steel frame and tiles contain recycled material and are 100% recyclable. All the timber products are sourced from Forest Stewardship Council-managed, sustainable sources.

WE WANTED 21st CENTURY, NOT POUNDBURY’

Great Bow Yard in Somerset is a small waterfront development of 12 eco-houses, part of a programme of 85 to be built over the next two years. The scheme was designed by Bristol architect Stride Treglown, selected by the Somerset Trust for Sustainable Development because of its track record in sustainable building.

Trust director Charles Couzens did not want the rural location to restrict design. “We wanted the homes to be high-performance, but also to be a statement,” he says. “We wanted 21st century rather than Poundbury.”

The designs differ according to orientation. Forest Stewardship Council-certified timber frames are used throughout, but south-facing homes have dense blockwork with a high recycled aggregate content to provide additional thermal mass.

Insulation is recycled or CFC-free, helping to bring down the overall U-value to 0.12. Some components are made off-site and brought in. Homes achieve standard assessment procedure ratings of 105-117.

There are solar-thermal panels on all south-facing elevations, which the trust says cuts annual water-heating costs by £100.

Wood-burning stoves have been installed to lower the demand on boilers. A couple’s heating bill is said to be £300 a year, compared with £500 for a typical 2001 three-bedroom home.

Rainwater harvesting supplies water for toilets, cutting water consumption by 20,000 litres a year, and wind turbines and photovoltaics can easily be installed in all homes.

Couzens says the response by residents to their homes’ superinsulation has been very positive. “Some can’t believe that in winter, with the passive solar design, you hardly ever need to put on the heating,” he says.

LEARNING TO LIVE IN SUPERINSULATED HOMES

The Living Villages Trust was formed in 1993 by Bob Tomlinson in response to the industry’s reluctance to take up sustainable methods of construction.

It was not just concerned with promoting building sustainability but also addressed social and lifestyle issues. The trust started with a small development of homes, Six Bells in Shropshire, and is now developing 40 houses at The Winkles, also in Shropshire. Another three developments are planned in Scotland.

Tomlinson says: “The homes are highly efficient, with high levels of airtightness, heat recovery, passive solar gain and gas-condensing boilers. We were getting standard assessment procedure ratings of 118 until our on-site use of butane was added in to the equation.”

Tomlinson is pushing towards zero carbon by incorporating more solar-thermal, wind turbines and biomass. But he insists that lifestyle is as important as technology. “People need to learn how to live in these superinsulated homes. Any carbon footprint is affected only marginally by the building, but more by the occupants.”

Site layouts are dictated not only by the orientation of homes for solar gain but by designs that encourage social interaction using walkways, sheltered and considered communal spaces.