The Olympic village is the last main 2012 venue to be completed and as a symbol of regeneration its success is crucial to legacy plans. But have its designers played it too safe? Building reports 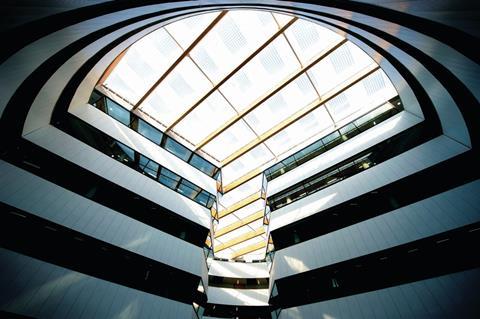 London’s Olympic village is due to be finally handed over at the end of the month and it is the last of the main 2012 Olympic venues to be completed. The £1.1bn development will house 17,000 athletes and officials during the Games, and their accommodation will be converted into 2,818 homes afterwards, 1,379 of which will be affordable. Although the village has now been sold to a private consortium and a registered social landlord (Qatari Diar/Delancey and Triathlon Homes respectively)it was built by public finance and is by far the biggest housing construction project a British government has underwritten for decades.

For some, this may well be a welcome resumption of a devolved political role that many believe should be at the core of governmental responsibility: providing mass housing. For others, it may equally smack of two toxic words still capable of striking terror and prejudice into buyers, estate agents and developers across the land: “council estate”. For those of the latter persuasion, the village is determined to prove that design quality, committed long-term investment and no small helping of Olympic stardust can banish cultural stigma and transform a conventional housing development into an exemplar contemporary urban quarter.

So, the design team took their cue from the grain and character of London and tried to recreate it at the village. Three thousand trees have been planted. As well as the residential accommodation, a whole array of urban amenities has been woven into the masterplan, including public spaces, communal gardens, shops, a medical centre and a 1,800-student academy. And crucially, unlike the autocratic public mega-housing of the sixties, a stellar collection of respected architects was assembled to design individual components of the site. This reads like a veritable pantheon of contemporary architecture, (big names and small) and includes Make, dRMM, Glenn Howells and Piercy Conner.

It is these overarching design and social ambitions that arguably make the Olympic village the critical component on which London 2012’s much vaunted regeneration legacy depends. If the Olympic village succeeds it will prove that the Olympics has truly transformed a formerly deprived part of London and built the foundations on which future inward investment can flow. If, however, it fails, it will lay waste to any credible claim London 2012 can make with regard to urban regeneration and civic renewal. The stakes could not be higher.

Conceptually, the Olympic village is perhaps the only Olympic venue that required retrofitting for Games mode and not legacy mode. This is because plans for a housing development on the site pre-date London’s Olympic bid by several years. When London’s bid eventually won in 2005, Lend Lease took over the development of the site while the adjacent area was developed concurrently by Westfield, opening last autumn as the Westfield Stratford City shopping centre. Previously both sites were primarily derelict industrial land.

The masterplan was designed by Fletcher Priest, which also prepared a “design guidelines” document for the site in conjunction with Patel Taylor. The village is split into 11 plots that comprise a total of 67 buildings. Seven plots have been designed by a single architect while the remaining four are the product of a combination of architects. The blocks are interspersed by a series of wide boulevards and public spaces among which there are two principal squares.

The masterplan itself is an inflexible rectilinear grid in the regimented manner of Barcelona or Manhattan. This is one of the first elements that openly defies the alleged “village” typology. It also casts aspersions on the masterplan’s claim to reflect the grain of London, a city with a famously undisciplined and organic layout. Nevertheless, the imposition of such formality here is not without basis and Jonathan Kendall, director of Urban Design at Fletcher Priest, explains that the priority was to create “legibility, connectivity and simplicity”.

The buildings themselves follow a similar form and are bulky, rectilinear slabs of eight-to-12 storeys. The only significant exceptions in massing terms are a nautically aligned, prow-like triangular wedge by DSDHA, AHMM’s glazed rotunda for Chobham Academy and, in what is probably the most immediately striking building on the site, Penoyre & Prasad’s health centre, a pale, pitched and punctured silo in the muscular yet subdued manner of acclaimed Portuguese modernist Alvaro Siza.
Each plot is normally configured as a series of blocks arranged around a private courtyard, again intended to evoke the typology of the historic London square and the private communal gardens of areas such as Maida Vale, although the Barbican is a more obvious precedent. The courtyard is raised on a single-storey podium under which lies the car park.

Despite the height of the blocks and density of the development, the courtyards do not feel oppressive and their mass is further alleviated by the glazed winter gardens sliced into their facades. Reassuringly, balconies are also in strong evidence throughout the development and they all appear extremely generously sized.

However, the main problem with the village is the nagging sense of repetition and monotony evoked by the relentless surge of squat, rectilinear blocks. The fact that the internal arrangement of placing flats above townhouses is expressed externally on multiple facades also makes them appear top-heavy. And as with much of British volume housebuilding, the design tends to play it safe at most opportunities. While largely inoffensive, it lacks the spirit to create truly visionary, exhilarating architecture.

Significant attempts are made to soften the grid and animate facades. In a praiseworthy gesture aimed at recreating the visual diversity of London, an ambitious palette of colours and materials is employed to relieve the preponderance of pre-cast concrete panels and reinforce the presence of multiple architects. Blocks by CF Møller and Lifshutz Davidson Sandilands, clad in pale brickwork and a jazzy combination of render, brick and metal respectively also stand out. And while they teeter precariously on gimmickry, the bas relief replicas of the Elgin Marbles that cover Niall McLaughlin’s block like a stone cushion are nevertheless beautifully crafted.

So while the quality is undeniable and the scale of ambition undoubtedly heroic, the Olympic village’s flaw is perhaps one of conviction. The blocks may not look the same, but constrained by the straitjackets imposed by massing, form and grid, their differences resemble tokenistic, cosmetic flourishes that fail to suppress the sense of the formulaic standardisation that lurks within.

It is not design alone that will determine the success of the Olympic village but, as with all housing estates, management, connectivity and community will all play their part. Management is settled by Qatari Diar’s decision to retain ownership of its properties and only offer them for rent. Connectivity is trickier to ascertain at present due to the fact that the outer rim of the village, namely that which interacts with surrounding neighbourhoods, will largely be developed after the Games.

Consequently, despite enticing views out towards the Olympic park, at present the village feels disconnected from London - Westfield’s mammoth service wall next door doesn’t help either. So it is only when the masterplan has been fully implemented that we will be able to see how well it integrates with other neighbourhoods and whether the mixed and vibrant community that is critical to its success has been achieved. 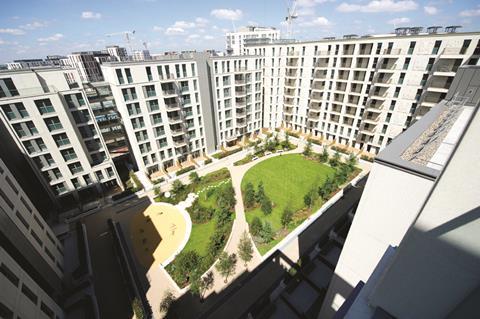 The village comprises 11 plots, several of which are arranged around private landscaped courtyards 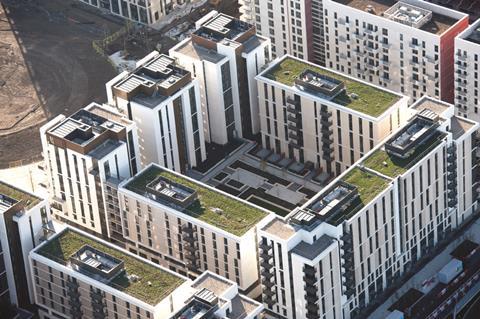 The village is divided into a rigid rectilinear grid

As athletes’ diets are strictly controlled and communal catering will be managed in a giant canteen to be built by LOCOG, at present, none of the flats at the Olympic village have been built with kitchens. Also, the car parks are sub-divided by stud walls into ancillary amenities such as laundry and storage. As Tim Urquhart, head of development at Lend Lease, explains: “The conversion process will involve stripping away the temporary partitions in the car parks and the flats, installing kitchens, restoring floors and reversing general wear and tear.” The retrofit will take place over a roughly 12-month period after the close of the Paralympic Games and will cost around £100m. 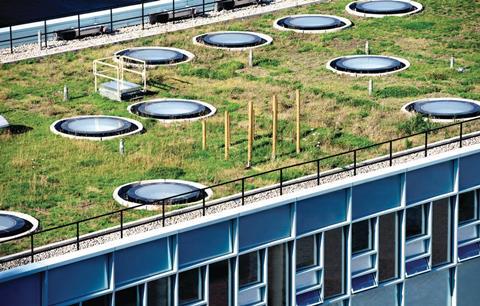 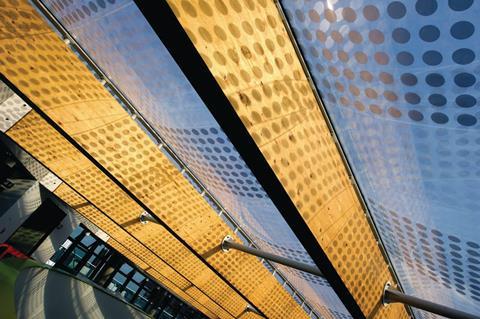 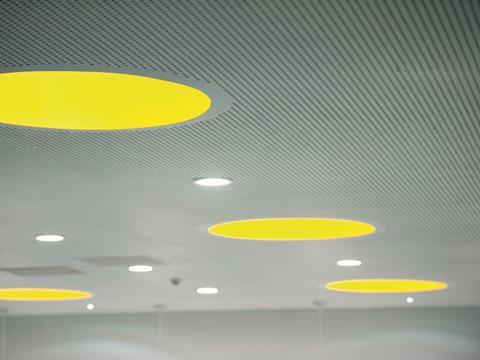 For more photos of the Olympic village go to our Facebook page http://www.facebook.com/BuildingMagazine