Recovery may now be on the cards, but did we learn enough from the recession? 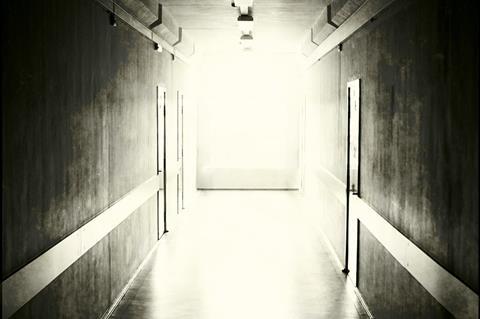 While it was only one link in the chain reaction that led to the global financial crisis, the collapse of Lehman Brothers - five years ago this week - will stand as a totem for all that followed.
Barring catastrophe (collapse of the eurozone or war in the Middle East are not entirely fanciful possibilities), the slump from which we are slowly - painfully, fitfully - emerging should be the worst business environment that today’s generation of construction executives has to contend with in its lifetime. Well, here’s hoping.

So as we begin to emerge into the still-dim light at last, it’s perhaps time to ask whether there is anything that we could have done differently that would have softened the consequences of that fall. It would, after all, be grotesque if the last five years didn’t provide any lessons for how we respond when the next, hopefully less dramatic, bust inevitably arrives.

By the time Lehman went to the wall in September 2008 the signs of a downturn, particularly in the housing market, had been there for anybody who had eyes to see, which it turned out amounted to very few people indeed. Construction output had already peaked in early 2007, mortgage lending was down - leading to the then ominous sounding “credit crunch” - and orders for bricks, that most prosaic of construction economic indicators, had plummeted.

But the US investment bank’s collapse tipped the balance, prompting widespread panic from trading floors to governmental offices to boardrooms the world over. All of a sudden, what had looked like a serious but manageable issue turned into a crisis that would come to be compared to - and even said to surpass - the Great Depression of the thirties. A situation that was reported in the financial pages of the broadsheets became the stuff of tabloid papers’ front covers, making economists of us all.

The impact on UK construction was profound, with output falling by 14% between 2008 and 2009. As the various tables and graphs accompanying this article make plain, not a single part of the industry escaped unscathed. To take just one measure, compulsory liquidations of UK construction firms nearly doubled in little over a year, from 209 in the first quarter of 2008 to a peak of 381 in the second quarter of 2009. 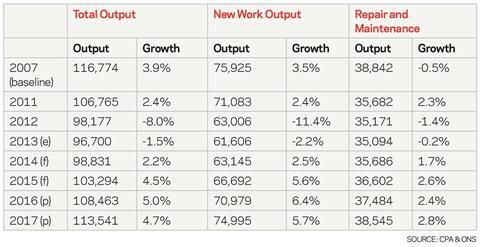 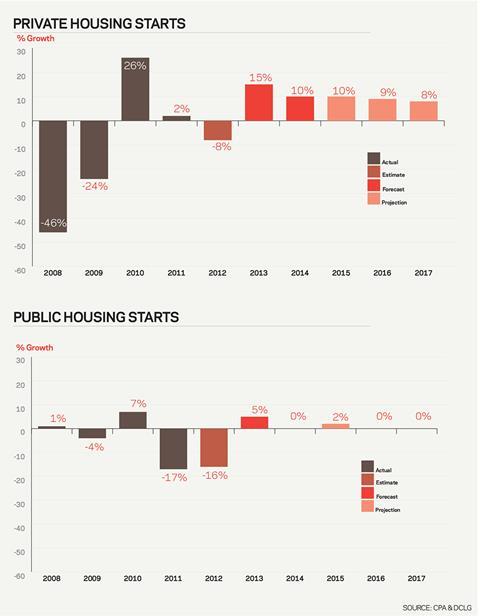 And the implications of the crisis and the ensuing public spending cuts are with us still: construction output this year is expected to be only marginally higher than in 2009. In other words, despite the much-heralded return to growth, housing aside we are still scratching at the bottom of the barrel, with at least one eye on the lookout for replenishment from above.

Looking back to the year that preceded the crash, it is striking that it wasn’t just the leaders of industry that failed to spot the crisis coming. The government, too, wasn’t just complacent about the good times continuing; it was actually worried that the construction industry would fail to keep up with the growth expected of it.

“There were concerns in the industry about whether there was enough capacity to deal with everything that was anticipated to be happening in construction,” says Noble Francis, economics director at the Construction Products Association. “I remember there was a study of ours that the government asked us to do because it was concerned that there wasn’t enough capacity.”

Even following Lehman’s collapse it wasn’t immediately obvious to all parts of the sector quite how calamitous the fallout would be. The impact was immediately felt among housebuilders, but then they had already been scaling back as a result of the credit crunch. Between the last quarter of 2007 and the first quarter of 2008, mortgage lending dropped by 53%. Overall, private housing starts dropped 46% in 2008 - followed by a further drop of 24% in 2009.

Elsewhere, the full implications of the financial crisis took time to hit home, particularly among the bigger contractors, which looked at their order books as the world markets went into freefall and saw only solid pipelines of work ahead. “I don’t think any of us realised the implications of the Lehman crash when it happened,” says Tony Williams, former banker and founder and chairman of consultancy Building Value. “When the economy tanks, there is always a delayed reaction.” At the CPA, Francis agrees, recalling a meeting in 2008 at which he was made to feel like something of a Cassandra. “I presented to » » one of the major contractors about how bad it was going to get in 2009 and they were looking at me as if I was talking about a different industry.”

As a result, when the enormity of the crisis hit home the industry panicked, ultimately regrouping in the form of a circular firing squad. “The industry could have understood the situation better and worked together collaboratively,” says Francis. “Instead, former collaborative working fell apart and you saw a tendency from contractors to bid at cost level or sometimes below.

The problem with that is that the only way it’s sustainable is if you push payment terms out. And in terms of the construction industry as a whole, that affected things just as badly as the recession.”

Williams also believes that the good years had led to complacency among construction firms as to their own efficiency - something that became all too apparent when the economy turned. “We had rising output, easy credit … if you didn’t make money and get rich in that period you were doing something wrong,” he says. “But now an awful lot of fat has been cut out. There has been a lot of action to cut costs. Belatedly the industry did cut its cloth - and that’s to its credit.” 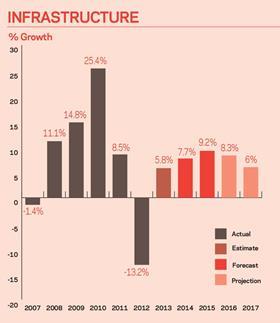 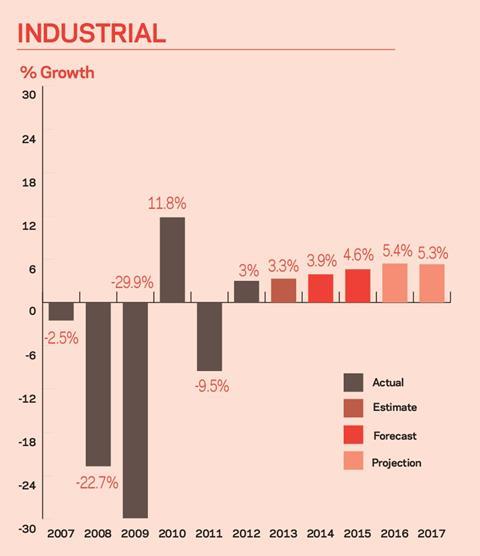 The delayed reaction to the crash also meant that the industry failed to make the case for counter-cyclical investment in construction to both sides of the House of Commons. There was a stimulus package, of course, with the then-prime minister Gordon Brown pumping money into housing and school building schemes in particular. As a result, 2010 saw overall construction output increase by 7.9% - the strongest annual growth rate since 1988.

However, the investment wasn’t sustained, and on taking office the coalition government pulled the plug, resulting in an 8% fall in output in 2012.

Analyst Brian Green argues that because the big beasts of the industry didn’t realise soon enough quite how damaging the crash would become, we have “wasted a recession”. Had the argument been taken to the government effectively, he says, the financial crisis could have provided an opportunity to confront many of the issues that we simply have to get to grips with as a country - and soon.

Housing is perhaps the best example. “The most effective thing we could have done early on was build houses,” he says. “If in 2008 they’d spent £20bn buying land and building homes, they would have ended up creating or preserving a whole load of construction jobs.”

What’s more, he says, providing the resulting homes remained in public ownership - hardly unthinkable if the government were picking up the tab - those homes could then have been put up for sale now that the market is recovering, and attracted near peak prices. Such action would have provided a return just five years after the initial investment, saved money on unemployment benefit, generated income tax revenues for the Treasury and provided much-needed new homes.

A similar case can be made for investment in transport or energy infrastructure, or in refurbishing existing homes or commercial buildings to make them more energy efficient - essential work if the UK is to meet its legally binding carbon reduction commitments. “The central point is this: these things will have to be done,” says Green. “And we could have done them throughout the recession, preserving jobs and saving the Treasury money in the long term. We didn’t make a cogent enough argument early enough.” 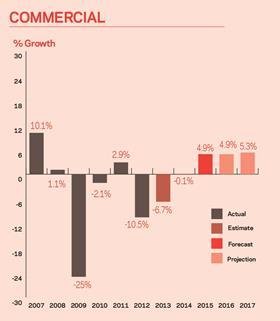 Such action would, of course, have required substantial additional borrowing, and here, inevitably, opinion is divided as to whether in 2008, let alone now with still greater levels of public debt, such investment was affordable. Green is unambiguous in his analysis: while the deficit has to be dealt with in the medium term, debt as a proportion of GDP is not a pressing issue, particularly when placed in an historical context.

But not everybody holds that line, not least the current Cabinet, which to a man maintains, publicly at least, that reining in public spending was critical to saving the nation from bankruptcy. Building Value’s Williams agrees with the government’s analysis. “I think that the government had a pot of money and what it was going to do was protect the banks and the economy - the whole financial market,” he says. “Once you do that, you can’t go spending on houses and railways and roads.”

So it may be that we missed a trick, both as an industry and a nation, but the UK’s fiscal position going into the financial crisis was far from neutral. The Keynesian proposition that the state must increase capital investment at a time of crisis to compensate for the retraction of the private sector is seductive, but it depends on governments adhering to the great man’s other, much ignored, piece of advice: that in the good times the state should retrench in order to build up a war chest for the inevitable bust.

Hopefully the next five years will bring a slow but steady recovery, even if they don’t quite bring a return to 2007 construction output levels. If that’s the case, perhaps the years
ahead will also give the industry time to develop and make its case to the government for the counter-cyclical benefits that can be drawn from investment in the built environment.