Working in Asia: Rush to the East 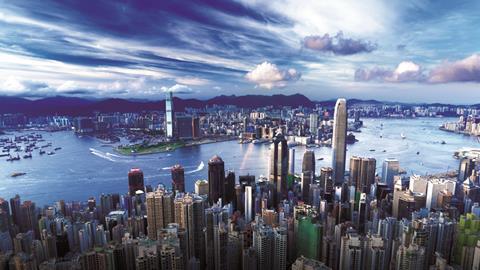 Suddenly Asia is the place to be - witness Arcadis’ dramatic expansion into the area with its purchase of Davis Langdon & Seah last week. But with so many players moving into the market, what can they do to ensure they survive? Iain Withers reports

Six months ago, Dutch engineer Arcadis was a tiny player in the vast Asian market, with just 150 staff employed across the entire region. Two major acquisitions later, however, and it’s a very different picture.

The firm’s takeover of £79m-turnover Asian quantity surveyor Davis Langdon & Seah (DLS) last week, added to its 2011 purchase of EC Harris - which draws almost a fifth of its revenue from Asia - means Arcadis’ presence in the continent has soared to 3,500 staff. Almost from nowhere, the firm is now believed to be the largest cost and project management consultant in Asia.

The expansion strategy has cost Arcadis an estimated £190m, according to analysts, who have valued the deals at about £90m (for EC Harris) and £100m (for DLS). And such aggression has suddenly upped the ante for many of Arcadis’ UK rivals, who, like the Dutch consultant, have been looking to make up for revenue stagnation in the West with growth in
the East.

So how are the other major UK consultants in Asia positioned - and what are they doing to compete in an ever-more crowded marketplace? Here, we examine the strategies of seven of the biggest players.

Asia as a proportion of worldwide turnover 26%

Strategy Sweett Group has acquired three consultants with a significant presence in Asia over the past four years - the most significant deal being
its takeover of £9m-turnover Chinese QS Widnell in 2010. Sweett’s chief executive Dean Webster says the acquisitions have put the firm “ahead of
the curve”.

The firm will target continued expansion in the region through a combination of organic growth and acquisitions. It plans to grow income across its combined Asia and Australasia division, from £25m to £40m within three years. In Asia, Sweett sees particular growth opportunities for its Malaysia, Vietnam and Thailand businesses. It is also exploring how to establish a presence in South Korea, Indonesia and Cambodia and will consider partnerships or acquisitions to enter these markets. In terms of service areas, Webster sees growth opportunities in sustainability consultancy and aged care facilities across Asia as people live longer. He also sees expansion opportunities in the retail sector in China and in the tourism and commercial sectors in Indonesia and Sri Lanka.

The company is also looking to diversify its service offering away from its traditional offering of cost consultancy, with a push into strategic advisory and project management, particularly in northern Asia. Webster believes the firm’s global rebrand to consolidate the consultant’s regional businesses under the one Sweett Group brand will help the firm achieve its expansion targets.

Asia as a proportion of worldwide turnover Not disclosed

Strategy Faithful + Gould entered the Asian market 30 years ago off the back of commissions with some of its existing multinational pharmaceutical, chemical and oil and gas clients. The consultant has since established its presence in the market, focusing mainly on cost and project management. It is targeting turnover growth of 20% in the next three to four years.
Ian Metcalfe, managing director of strategy and development for F+G, says the consultant’s focus is on organic growth, but the firm wouldn’t rule out M&A and has previously looked at potential acquisitions. The consultant is excited about “massive growth potential” in India and has also identified Indonesia, Vietnam, Thailand and South Korea as likely growth markets. Metcalfe adds that the firm had benefitted from its tie-up with UK engineer Atkins, which bought it in 1996.

Strategy Rider Levett Bucknall (RLB) is one of the most established UK cost consultants in Asia. Levett and Bailey, one of three firms that merged in 2007 to form RLB, has been in Asia for 50 years. Lance Taylor, RLB’s chief executive, says the firm has no targets to expand but says it is “growing by default” due to strong demand. Taylor sees “large growth potential in China” and opportunities to develop RLB in Indonesia, Vietnam, Malaysia and Thailand from its main south-east Asia base in Singapore, and in Mongolia.

Proportion of worldwide turnover Not disclosed

Strategy Aecom could be forgiven for thinking DLS was the “one that got away”. DLS was the Asia division of Davis Langdon until 2010, when partners at DLS rejected the Aecom takeover of Davis Langdon. They continued to work together after the takeover under a formal collaboration agreement, but the two firms drifted apart and the agreement was terminated last month to clear the way for the Arcadis acquisition. Nonetheless, Aecom has a large footprint in Asia. Its strategy is further expansion, particularly by targeting opportunities in the rail sector and the “second tier cities” sprouting up across the region.

Asia as a proportion of worldwide turnover 6.4%

Strategy The independent firm has grown 25-30% a year over the past few years and expects this to continue at least the “medium term”. Duncan Stone, managing director of T&T in Asia, says the firm could “accelerate that if we are successful with M&A”. Stone says the firm is in a “strong commercial position” to secure M&A deals and is looking in India, China and north-east Asia generally.

The bulk of T&T’s work is in cost and project management and in the property and energy sectors. But it is moving into project and portfolio management to differentiate the firm from its competitors. The other main differentiator is its independence, which Stone says goes down well with clients. The firm is looking to expand in infrastructure and mining and energy sectors. It has global relationships with some of the largest energy giants, including Shell. Stone says the firm’s strategy is to look to establish “stable long relationships” with clients.

Asia as a proportion of worldwide turnover About 10%

Strategy Neil McArthur, who will take over as chief executive from Harrie Noy when he retires in May, is bullish about the impact of the firm’s recent EC Harris and DLS acquisitions. “We’re indisputably the number one player in project and cost management in Asia,” he says. The first thing on the cards for Arcadis in Asia is arebrand of DLS. It will drop Davis Langdon from the DLS brand from next month. McArthur says the rebrand will “emphasise” Seah, which he describes as a “premier brand in Asia”. Arcadis says the link-up will allow the firm to service multinational clients in Asia and help Asian firms “looking to globalise” expand abroad. The firm will also look to leverage Arcadis and EC Harris’ built asset and project management expertise in the region and will look to service demand in the Middle East with “lower cost” resources from Asia. McArthur says Arcadis has cash left over for further acquisitions in “emerging markets”, including in Asia.

Previous M&A deals in Asia None

Proportion of worldwide turnover Less than 10%

Strategy Gleeds chief executive Richard Steer says there is “almost exponential” potential for the firm in Asia and is hoping to double the consultant’s revenue there within three years. The firm has bases in China and India, from which offers cost consultancy and project management services in the region.

Steer says the firm hopes to achieve “primarily organic growth” but will “consider” M&A. The consultant will look to expand geographically in “the medium term”, with Singapore its next likely outpost.

Steer says UK cost consultancy services are in high demand. “Cost consultancy is a strongly established service in Asia, but it doesn’t have the sophistication that it does in Europe.

Clients are now looking for more, and UK QSs can offer a sophisticated, high-value service.”

He says an Asian presence is important for Gleeds as “there’s a lot of [development] money coming out of Asia for investment in the UK and EU.”