Don't expect economics to be the answer to nimbyism

The Wolfson economics prize for a new Garden City is laudable, but rational arguments may not be enough to persuade those opposed to development 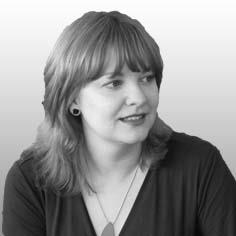 Whether or not the Wolfson Prize leads to any new towns / garden cities / villages / exurbs being built it has already had a galvanising effect on the property industry.

The Wolfson Prize starts from the assumption that by applying economic theory to a seemingly intractable and inevitable problem (i.e. nimbyism) we will be able to uncover the clear and obvious solution.

It’s true that in many cases nimbyism is, at first glance, entirely rational. In his blog on Conservative Home Miles Gibson, the prize director, outlines the three key reasons behind rational nimbyism: in a nutshell that new development is unattractive; puts additional strain on public services; and impacts upon house prices of existing residents.

Where these three things were true, then yes, nimbys are rational. But, as Miles points out, these needn’t be true, and indeed the first two are easily overcome. The third, however, is the real challenge. Faced with disruption and potential financial losses there clearly needs to be an incentive to help overcome these rational concerns. Miles proposes financial incentives, but I wonder if we can think a bit more broadly about gaining consent.

Economics is about the rational choices that people make. But the issue of choice is clearly the problem when it comes to delivering new settlements. All political parties agree that they want local people to choose to have a new settlement, rather than to impose one as was the case in the past. When the New Towns were built decisions were taken by central government as to their location, and also as to who would have the opportunity to live there. They were possible because people didn’t get a choice.

Rationally, we know that we need to use fewer resources and cut our carbon emissions, but the individual choices we make, driving to the shops, or putting off the loft insulation, don’t always match up with that

Today we make personal or lifestyle choices about the places in which we live. I’ve often thought that the built environment is the ultimate test bed for behavioural economics. How do the incentives and disincentives of the land / cityscape promote different kinds of behaviours? For example, needing to cross a three-lane highway to get a pint of milk is, for me at least, the biggest ‘nudge’ in the direction of my car.

But these consumer ‘choices’ don’t always coincide with delivering developments that are in the public interest. And here is the rub of the rationality argument for economics. The places and things and lifestyles that people choose aren’t necessarily the things that will make for a better or happier society in the long run. Just look at climate change and energy efficiency. Rationally, we know that we need to use fewer resources and cut our carbon emissions, but the individual choices we make, driving to the shops, or putting off the loft insulation, don’t always match up with what we know we should be doing.

Quite apart from how we pay for new settlements, which remains a pretty significant question mark, the really pressing question is, how do we make them popular? The prospectus talks about a local referendum, or some kind of financial compensation, but this still seems to be making palatable something fundamentally undesirable and divisive.

The real trick will be to make a new settlement so attractive that communities fight to have them in their area. Maybe the best way around this is a nationally televised competition where scheme promoters vie for a national public vote (and who knows maybe the millions raised could help fund some community infrastructure). Crazy as it may sound, it’s already been tried to great success with Restoration and Village SOS.

Without really engaging the public in the issues we don’t stand a chance of making new settlements anything more than a really good idea on paper.