London needs to fix its relationship with the green belt

Despite housing minister Brandon Lewis’ comments, the counties surrounding London cannot be protected from its growth 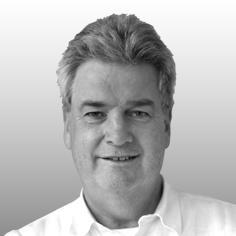 Housing minister Brandon Lewis wrote to London mayor Boris Johnson on 27 January responding to the London Plan. The minister acknowledged the mayor’s commitment to address the increase in London’s population.  But noting the GLA’s obligation to work closely with Local Authorities outside London, he warns against the expectation that those authorities may help to meet London’s unmet housing need.

Stressing that the government has no intention of ‘raising the South East Plan from the dead’, he goes further to suggest that protection afforded to the Green Belt may impact Authorities’ ability to meet their own housing need, never mind London’s.

Meanwhile in a January survey of MPs commissioned by Homes for Britain, and conducted by Ipsos Mori finds that two thirds agree there is a housing crisis and 86% think the that Government could do more to solve it.

So what might the next Government do to assist London to meet its acknowledged challenges?  Surely the answer has to be to put in place the structures that would enable a world city of London’s status and size to organise and meets its own needs. The starting point would be the recognition that the footprint of the capital extends far beyond its own boundaries. Brandon Lewis’ letter notes that past efforts to plan at this scale ‘built up nothing but resentment’.

Yet surely planning is nothing if it is not a democratic means of legitimising (and compensating for) the disadvantage suffered by the few in the interests of the many? And, as has been revealed in recent debates at the London Society on this topic, allowing the widely acknowledged success of the Green Belt to become an excuse for inaction is not helpful. Surrey CPRE’s 10 point manifesto for the next election has as its top two priorities:

Is it really reasonable to exclude the demand for housing from outsiders when unquestionably the 56,000 residents of Surrey rely heavily on London for other aspects of their lives, and not least for employment?

Indeed the failure to challenge the conflation of policies to protect the natural environment with NIMBYism, creates a taboo which makes it so much harder to develop an inspiring vision for how Londoners and their neighbours can share the natural and economic wealth that surrounds them.

Such a vision was hinted at by Professor Peter Bishop of UCL in his contribution to a London Society debate on 5th February. The relationship between London and the Green Belt, the GLA and the Home Counties should not be seen in terms of a polarised debate between city and country dwellers on whether to build homes in the Green Belt, or to prevent this come what may. Instead there is surely a way, argued Bishop, to both protect and enhance the Green Belt as one of the country’s (rare) planning successes, at the same time as meeting the housing and other needs of the capital city.

As the engineer Alan Baxter (his firm hosts London Society debates in its Clerkenwell gallery) pointed out, London’s phenomenal economic success generates all kinds of exciting opportunities and challenging demands apart from the commonly expressed requirements for housing and transport infrastructure.

Leisure, recreation, biodiversity, animal and plant husbandry, health, and psychological wellbeing can all be obtained from our relationship with the Green Belt if we protect it and invest in it appropriately. The question is how to think of the built and unbuilt footprint of the capital in such a way as to enhance the sustainable wellbeing of humankind and the natural environment at the same time.

In March, the GLA will host a conference with its Local Authority neighbours with very little prospect (despite the similar political affiliations of the Mayoralty, the outer Boroughs and the Home Counties) of a meeting of minds over the binary debate over whether to build or not to build. National planning policy imposes a duty to co-operate between neighbouring authorities but the realpolitik means there is little hope of this happening in practice.

With the abandonment by the coalition of the South east regional plan, wide disagreement on the issue, and with the desperate pursuit of votes from the political middle ground, it is too much to expect that one party or one government would be able to reach a conclusion.

It would take a Royal Commission on structures for the effective governance of the London Economic region to break through to the level of intervention and degree of compulsion required to make progress. This would extend beyond the questions raised by the current Mayoralty’s calls for more powers for local tax and spend, to propose political structures for a city capable of determining for itself where and how to set the boundary between its built footprint and an enhanced, accessible, more bio-diverse and sustainable Green Belt.