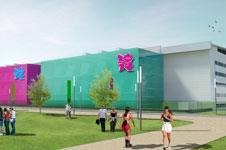 Sources close to the Olympics’ independent planning authority this week insisted that the media centre for the 2012 Games was still likely to get approval, despite receiving a drubbing from Cabe this week

A source close to the authority, which passes independent judgment on Olympic designs, said it was likely it would seek to make planning permission for the £350m scheme conditional on improving the design.

The source said: “We think it’s a very ugly building. There’s not time for it to be turned down, but we might now try to enforce some changes.”

The source added: “The Olympic Delivery Authority (ODA) keeps trying to tell us there’s not time to change it,. Well, it’s their fault the architects have designed something pretty poor.”

The ODA ripped up the original plans for the £385m scheme last autumn following concerns that the cost would rise.

Cabe this week published its view that the designs were “extremely weak”, “extraordinarily banal”, and would “blight rather than enhance the Olympic legacy”.

There’s not time for it to be turned down, but we might try to enforce some changes

Building revealed in March that Cabe had privately criticised the scheme.

Jules Pipe, the mayor of Hackney, this week joined the chorus of criticism over the building, saying it needed to improve.

Margaret Ford, chair of the special-purpose vehicle being set up to look after post-2012 regeneration, said understanding the issues surrounding the building was one of her top three priorities. She said: “I need to ensure the building is fit for purpose for legacy, and design is clearly one of those issues.”

An ODA spokesperson said the agency had worked closely with partners to agree a compact and efficient media centre. “Work on the external appearance of the buildings is ongoing and we look forward to discussing this further with Cabe and other partners.”