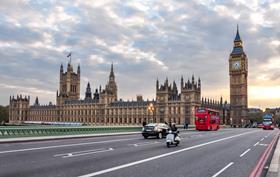 Aecom has been named MEP consultant for work to upgrade a host of buildings across Whitehall under Parliament’s Northern Estate Programme.

Wates was appointed main contractor a year ago for the work, having beaten Balfour Beatty and Sir Robert McAlpine to the blue riband deal.

The work involves restoring and upgrading several grade I and grade II-listed buildings, which will contain MPs’ offices, while renovation work is carried out on the Palace of Westminster.

Aecom previously bid to project and cost manage the works with JV partner Mace but the duo were beaten to the job by a team featuring WSP and Gleeds.

Mace is instead project managing the redevelopment of Richmond House, which will see Lendlease construct a tempoary debating chamber for MPs within the original grade II-listed façade while the work on Parliament is carried out.

The MEP consultant for Richmond House is Buro Happold. Architect on the scheme is AHMM.

The government is currently pressing on with legislation which would give a shadow sponsor board statutory power to create a delivery authority and push forward with the restoration of the Palace of Westminster.