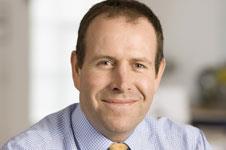 Aecom has completed its takeover of the first of two European divisions of Lend Lease.

As Building exclusively revealed in September, Lend Lease announced it was to sell two of its European businesses to Aecom.

Aecom has now taken on board a 150-strong team that handles the region’s £1bn BP Global Alliance framework.

Aecom’s acquisition of the second Lend Lease division, its Russian project and construction management business, is expected to close during the first quarter of 2013.

The BP team manages capital and maintenance projects at service stations in the UK, Austria, the Netherlands, Poland, Portugal, Spain, Switzerland and Turkey.

Aecom said it is already working with BP on 250 projects around the world as a supplier of engineering, infrastructure and environmental services.

Steve Morriss, Aecom chief executive for Europe, said: “Lend Lease’s team has an impressive track record and strong reputation. The addition of this team gives us the opportunity to grow our relationship with BP and with other multi-national clients and further strengthens our capability in project, programme and construction management in key countries for us.”