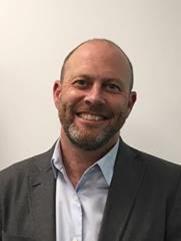 Atkins has pinched WYG’s director for urban design to bolster its own masterplanning team.

James’ previous work includes the Baldock masterplan for Hertfordshire county council, a scheme centred around a new railway station that will deliver more than 2,000 homes.

Atkins’ masterplanning work in the UK includes work at Leeds station to link local and national services with HS2 and Northern Powerhouse Rail.

Last week WYG announced that it was set to be bought by US firm Tetra Tech for £43m.