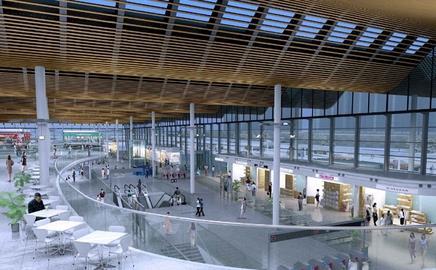 Atkins has revealed preliminary designs for the new Hung Hom Station on the Shatin to Central Link of Hong Kong’s Mass Transit Railway (MTR), on which it is now undertaking detailed design work.

The company is now moving onto the detailed design of tunnels associated with Hung Hom Station.

A key challenge for Hung Hom Station has been the development of an efficient interchange with existing and planned lines and the consequent need to work in and around an operating railway.

Hong Kong’s MTR network is among the most advanced in the world and is currently undergoing a major expansion, with the addition of several new lines.

Atkins is delivering multidisciplinary services for several sections of these new lines, including stations, tunnels and viaduct.