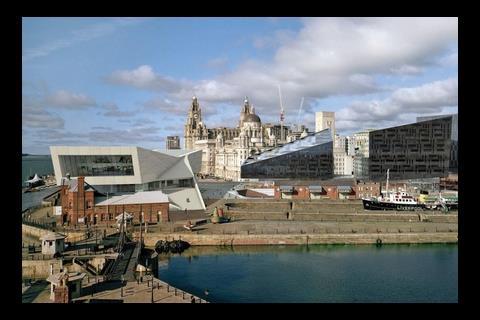 Mann Island in Liverpool. It is believed that while Manchester’s inner city housing market will feel the impact of the credit crunch, Liverpool will weather the storm 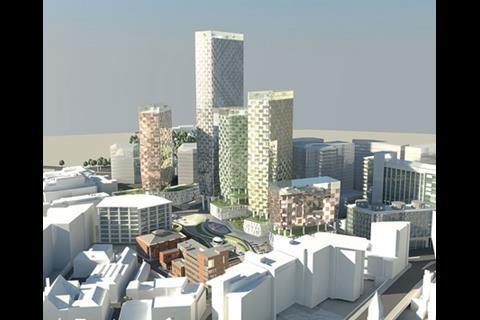 The Owen Street development in Manchester. 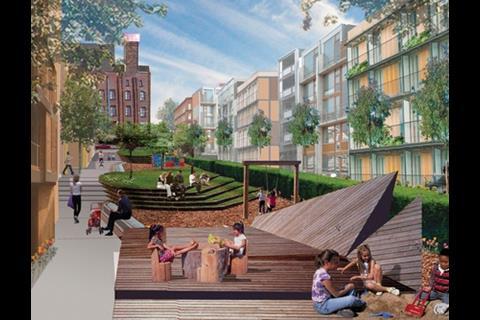 Images of Holt Town Waterfront in east Manchester, which will be the city’s largest-ever regeneration scheme 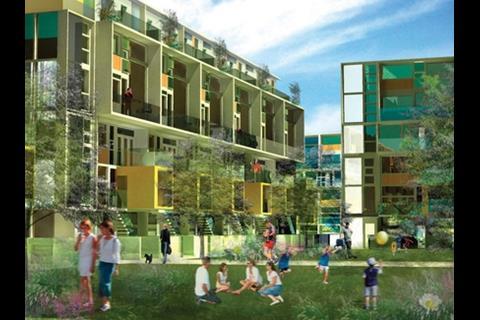 There’s a chill wind blowing through the North-west as demand for city-centre apartments plummets – with knock-on effects on land values. David Blackman looks at how the industry is responding and where best to keep warm

In the North-west of England, as in the rest of the UK, the next few weeks will show whether the recent housing market slide turns into a slump. “We won’t know how it’s going to pan out until the second or third week of February. Everybody hangs back this time of the year,” says Rob Sumner, head of new homes in Savills’ Manchester office.

Historically, the North-west has been particularly vulnerable to downturns – the region contains four of the nine areas designated for special help under the government’s housing market renewal programme. But it’s not the terraces of Burnley or inner city Liverpool that are the current focus of developers’ concern.

Instead, it is Manchester city centre – the economic hub of the region and the place where urban living reputedly came of age – that is feeling the most pain. Even before the credit crunch took hold late last year, the market was showing signs of distinct cooling, which has only intensified in recent months.

The reason is an oversupply of city-centre residential developments. Savills said last August that a total of 28 towers higher than 12 storeys were being built in the city, with even more in the pipeline. But the demand for such accommodation has slackened as the first wave of residents has begun to grow up and move out.

The problem for developers is that, unlike suburban developments, it is impossible to turn the tap on and off when building apartments. This means that, as in many other city centres, there are still a lot of cranes on the Manchester skyline.

But Warren Smith, chairman of Salford developer LPC, says he has not observed much evidence of new construction activity over the past three months. “The speed that things are going from planning to building has gone down,” he maintains.

Any deal that was agreed six months ago is being renegotiated. The market’s changing very quickly and anyone who’s agreed a deal must expect downward pressure on the land price

“Lots of issues are coming home to roost,” says Julian D’Arcy, director of northern residential development at Knight Frank. But he thinks developers who play their cards right will be fine: “Where there’s a difficult market, there is a flight to quality.”

The agency’s recently published report shows well-planned and marketed schemes are continuing to sell, whereas overpriced developments are suffering. “The people who take the time and effort to build something good are reaping the benefits,” says D’Arcy.

Perhaps as a result, many developers are going back to the drawing board in an attempt to bring schemes in line with current conditions. Richard Woodford, a partner at the Manchester-based consultant HOW Planning, says: “People are using the time to replan their schemes. Lots of housebuilders are not going anywhere near apartments and are replanning for family housing. It could be tricky for the next year or two.”

In areas like east Manchester, developers such as Gleeson and Lovells are renegotiating the split between apartments and houses, which are still selling. This will inevitably have an impact on land values. A site bought for high-density flats will not generate as much value with family housing.

D’Arcy says: “We are beginning to see a lot of renegotiation. The market’s changing very quickly and anybody who had a deal agreed six months ago must expect downward pressure on the land price.”

The result is, he says, more inventive solutions, such as overage deals under which the developer agrees to pay the landowner a basic price for the property on the condition that the latter will share some of the benefit from any subsequent uplift in value.

2006 showed a rapid drop in the number of units; the first two or three years after the moratorium, hardly anything was being built. Things fell off the cliff

Paul Spooner, English Partnerships’ regional director for the North-west, says the quango will insist that housebuilders develop in line with agreements they have made on the sites they have secured from EP, but insists that it is not all doom and gloom in the region’s housing market. “In the city-centre apartment market, things are very difficult at the moment, but in some parts of the region there is still strong demand.”

Developers and landowners are still looking for opportunities to bank land for when the market improves. In the North-west, sites have been especially hard to find because of a region-wide clampdown introduced by planners in 2003 on new housing outside of tightly defined regeneration areas.

Woodford says the impact of this moratorium was felt particularly harshly in Cheshire: “2005/06 showed a rapid drop in the number of units; the first two or three years after the moratorium hardly anything was being built. Things fell off the cliff.”

But the draft regional spatial strategy for the North-west looks set to reverse the moratorium, and local authorities will face pressure to increase housing provision because the undersupply is so acute outside the city centre. “We are telling a lot of landowners and developers to get in applications before the moratorium shackles get loosened,” says Woodford.

And although the high-end city-centre market is suffering, there’s vitality to be found in the unlikeliest locations. Smith says his company, LPC, which refurbishes council blocks for private sale, has so far secured 61 reservations on its latest 73-unit scheme.

Peter Quinn, head of business development at Lovells, tells a similar story about The Way in Beswick (see box). Such schemes, which target first-time buyers, show that the right price can still find a customer. “If we’re down to interest rates of 5% by the end of the year, I don’t think there will be a problem of mortgage affordability,” says Savills’ Sumner.

D’Arcy isn’t shedding tears for the disappearance of buy-to-let: ”We’ll see a return to more traditional buying patterns, which would be good for everybody.” But in a climate as volatile as this, what is normal? The next few weeks will be revealing

Like its nearby rival Manchester, Liverpool city centre has seen a property boom in recent years, albeit one founded on a less secure economic base.

There is confidence that the year-long Capital of Culture festival is generating a level of interest in the city that will help it weather the current housing market downturn.

Countryside Properties, for instance, has just announced the city’s biggest ever property deal – the £70m sale of the Mann Island scheme, which it developed with Neptune Properties, to investment group Dylan Harvey.

This 376-unit scheme, which is located next to Liverpool’s Three Graces, has not yet begun construction but developer Grosvenor is in talks to transfer its housing into to Plus Housing Association’s Liverpool One mixed-use scheme in the city centre, which may suggest a
lack of confidence in the private market.

Jim Gill, the boss of Liverpool’s regeneration company Liverpool Vision, is clear that the market has changed. “I don’t expect nearly as much new development to come through,” he says. “And what’s on site will slow down, where possible.”

What’s more, although construction has boomed in the city centre, little of that activity has seeped out into the surrounding inner city areas.

Bottoms up – how the lower end of the market is thriving

Although many housebuilders are reporting grim returns, those working at the bottom end of the north-west England market appear to be bucking the trend.

Of the five boroughs that have reported the biggest increases in house prices over the past two years, four are located in areas designated as housing market renewal (HMR) zones, consultant Hometrack says. Pendle (51%), Burnley (50%) and Hyndburn (44%) are in the east Lancashire pathfinder area, while Oldham reported a 36% rise.

However, some of these increases are from a very modest base. Even with the recent increases, house prices in east Lancashire are among the lowest in the country.

Peter Quinn, head of business development at Lovells, is pleased about sales at The Way, a 550-home scheme that the company is developing in Beswick, which is in the Manchester/Salford pathfinder.

Although house price rises may have cooled, affordability remains a problem for many, he points out. “There’s still a need out there for first-time buyer properties so the fundamentals for Lovells are pretty good, simply because we are in that market.”

Rob Sumner, head of new homes at Savills’ Manchester office, says large-scale regeneration projects such as The Way, or the Norris Green Estate in Liverpool, will still be successful.

“Rather than a block of flats, you are talking about 800 or even 1,000 units. You put that into an area and it’s going to have a fundamental effect,”
he says.