Architect owes creditors nearly £300,000 in county court claims despite saying that it has returned to operating profitability 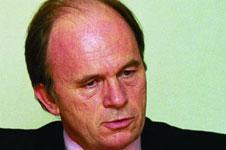 Architect RMJM still owes creditors nearly £300,000 in county court claims despite saying that it has returned to operating profitability and has paid off its £20m bank debt.

RMJM Ltd, RMJM Scotland and RMJM London have a total of £294,165 in county court judgments outstanding against them, according to a search by the Registry Trust.

The figure is a slight increase on the amount of outstanding county court judgments which Building reported the firm had two months ago. At that point it owed a total of £287,000.

Emma Miller, director at credit reference agency Top Service, said: “The amount of county court judgments is unusual for a company of that size. We continue to monitor the company closely.”

In RMJM Group’s accounts, due in January but only filed last week at Companies House, RMJM’s chairman Sir Fraser Morrison said: “Trading in the new financial year is very much better with the business reporting an operating profit in the 12 months to 30 April 2012.”

RMJM Group’s accounts reported a pre-tax loss of £11m in the year to April 2011 compared with a pre-tax profit of £1.6m in the previous financial year.

In April this year Sir Fraser and members of his family took over more than £20m of debt the firm owed to the Bank of Scotland .

It has also emerged that RMJM Group Inc owes $843,138 in taxes to the state of New York, a debt that led it to being included on a list of the top-250 “delinquent” taxpayers in the state.

Correction: This article originally stated that RMJM Ltd owed taxes to the state of New York. It is in fact RMJM Group Inc.