Work for Telford and Wrekin Council to include winter gritting 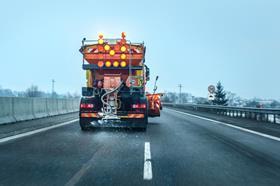 The job was won by Balfour Beatty Living Places, the contractor’s local authority partnership-focussed subsidiary, and will see the firm help maintain 626 miles of highways and 743 miles of footpaths over a seven-year period.

In addition, Balfour will help the council deliver its £20m investment in planned highway and transport upgrades in the first two years of the contract, as well as provide drainage cleansing services and winter gritting throughout.

The contract, which starts next April, contains the possibility of being renewed for a further seven years.

The council said the agreement will save approximately £200,000 a year through more efficient management of services.