The firm behind the Battersea Power Station redevelopment has rejigged its senior staff with a new man in charge of all phases of work at the £9bn scheme.

Ian Feast, currently the head of phase 3 of the project, which is being built by Sir Robert McAlpine and centres on new residential buildings drawn up by Foster + Partners and Frank Gehry, has been promoted to a newly created role of head of delivery.

He will be in charge of all phases of the work which also includes the ongoing phase 2 of the scheme which is being looked after by the outgoing Kevin Bundy.

Building revealed earlier this month that Bundy was leaving his role as head of phase 2, which is being built by Mace and is concentrated on the main building itself.

Feast started his career as a project manager at Cyril Sweett before leaving for roles at developer Hammerson and McAlpine, where he was retail director for three years. He joined Battersea in 2017 after more than eight years in the Middle East for developer Majid Al Futtaim.

Scott Grant, who was in charge of the first phase of the project, has been promoted to head of phase 3, leaving his current role of head of future phases – which centre on phases 4-8 which have outline planning.

Grant’s CV includes spells at Laing, back in the 1990s, and Mace along with two years at EC Harris where he was a partner and head of service before joining Battersea in 2012.

And Nigel Parrish has been promoted to the new position of head of commercial. Previously Phase 3 commercial director, Parrish, who has worked for Tolent and Simons Construction, will oversee all procurement and commercial aspects relating to the construction and delivery of the project.

The reshuffle comes as Battersea said chief operating officer Simon Jenner was leaving after more than three years in the role.

A former Stanhope director, Jenner was a consultant to Laing O’Rourke for 18 months before joining Battersea in September 2015.

And head of delivery Matt Lusty is also leaving after joining at the end of 2017 after nearly 18 years at Stanhope where he was development director. 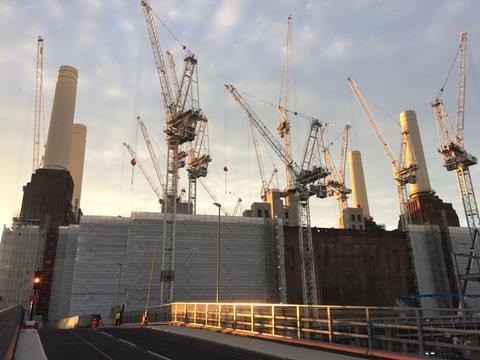