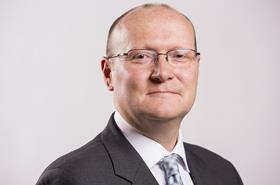 Berkeley Group has lured back its former finance boss from rival developer Quintain.

Richard Stearn will take up the position of finance director on Berkeley Group’s board before the end of April 2015.

He will replace Nick Simpkin who left the post with immediate effect last month after 12 years with the firm.

Stearn is currently finance director at Quintain and before that he was finance controller at Berkeley.

Berkeley said he would receive a basic salary of £350,000, plus benefits.

He will also receive over 45,000 Bekeley shares and a cash payment of £359,842 in lieu of his entitlement to Quintain shares.

Rob Perrins, managing director of Berkeley, said: “We are delighted that Richard has agreed to return to Berkeley as Finance Director and very much look forward to working with him in this role.”