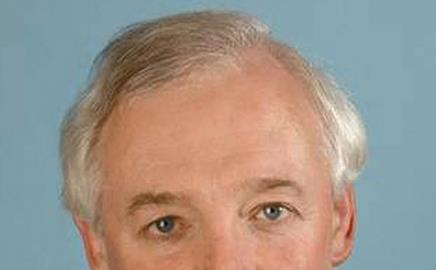 A sharp fall in construction orders over the past three months is likely to lead to a slowdown in the housebuilding sector in the next year, casting doubt on government targets.

Construction orders have fallen more than 8% over the past quarter, according to official figures released last week that have added to concern over problems in the financial markets.

Two large housebuilders have also warned of falling completions, suggesting that the turmoil is taking its toll on consumer confidence.

The statistics, published by the Department of Business, Enterprise and Regulatory Reform, showed housebuilding has been hit particularly hard by the drop-off in orders, with a 12% fall from the spring quarter.

The figures come a week after consultant Davis Langdon said housing was one of the areas most at risk from the credit crunch.

Analysts said the fall in orders would hit only housebuilders because the wider industry had a bulging order book.

A City source said: “Contractors are still in the golden age. They have got two years of growth already booked in. Housebuilders are in serious crisis that looks likely to last at least 12 months.”

The weekly survey of members conducted by the Home Builders Federation (HBF) shows that customer reservations have slipped 30% on the previous year, according to City rumours. The HBF refused to comment on the leak. A separate City source said things were “turning apocalyptic”.

Malcolm Harris, chief executive of Bovis Homes, said the sector was now feeling the cumulative effects of interest rate rises, the credit crunch in the US and the Northern Rock crisis.

“It’s no surprise that the market’s been pretty slow,” he said. “Confidence is a problem. The weekly sales have been quite reflective of the news agenda. People don’t really know what a mortgage is going to cost them and are worried.”

Tony Pidgley, chief executive of Berkeley Homes, agreed that prospects were gloomy and that press coverage of the financial problems was affecting buyers. He said: “If the press keep banging on it’ll knock confidence further. It’s a tougher market.”

House prices are predicted to remain static, but the number of buyers will drop sharply. Housing consultant Hometrack said buyer registrations had fallen 17% in the past four months. In the longer term, analysts and housebuilders agree that housing demand has not changed. Gordon Brown’s target of 3 million new homes by 2020 is based on this.

But Richard Donnell, director of research at Hometrack said the latest data presented a serious problem for the government. He said: “It’s hard to see where any increase in building will come from, when all the metrics point to weakening demand.”

For more on housing go to www.building.co.uk