Billington upbeat on the back of strong second half

The firm announced £41m of new contract wins in November 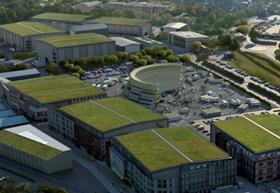 Steel specialist Billington has said it is feeling optimistic about its results for last year on the back of a string of contract wins in the second half of 2018.

The firm, which pulled off a coup last September after appointing Ian Lawson, the former boss at bigger rival Severfield, as its chairman, said it anticipates the results for the year ended 31 December 2018 to be in line with market expectations.

It said: “Following strong progress made across the group in 2018 and the awarding of £41m of new contracts announced on 22 November 2018, the current financial year has started well and the Board is pleased with the Company’s current solid workload position.”

In November the firm announced it was also working on a data storage facility in Europe and a commercial office development in London.

Billington, which posted a pre-tax profit of £4.4m and turnover of £73.5m in 2017, said it intends to release its full results for the financial year ended 31 December 2018 in early April.