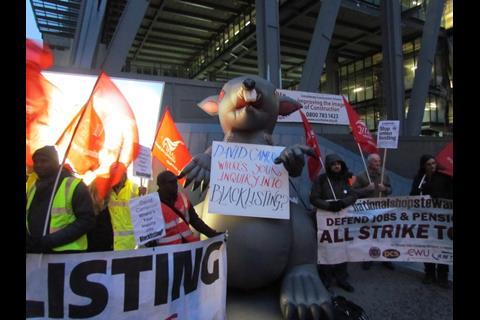 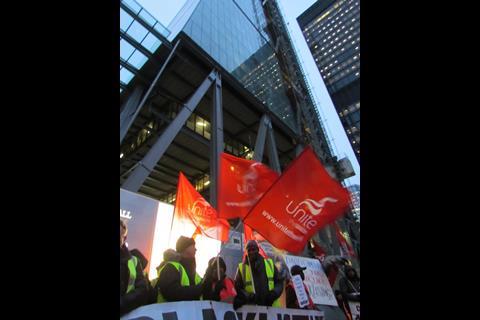 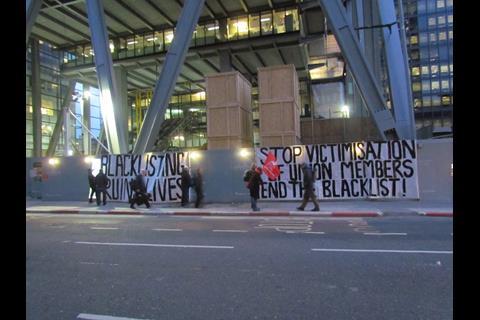 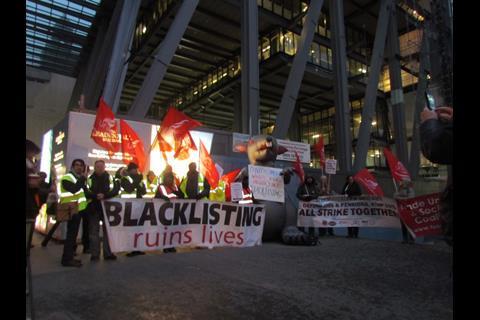 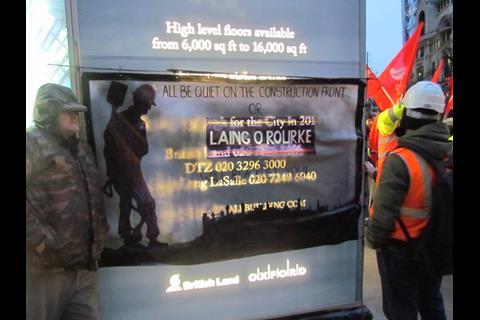 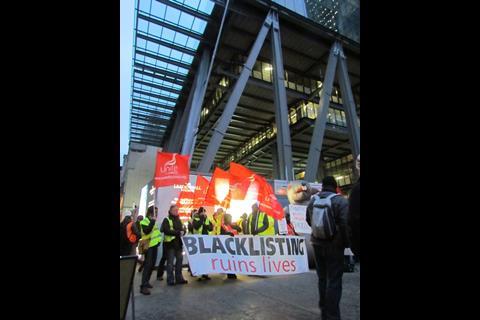 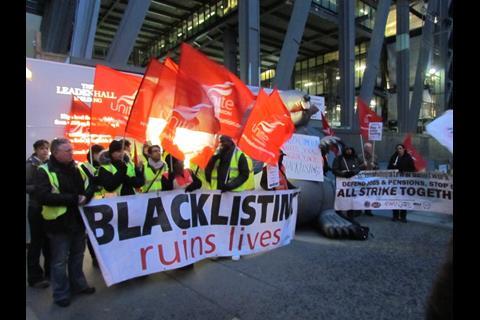 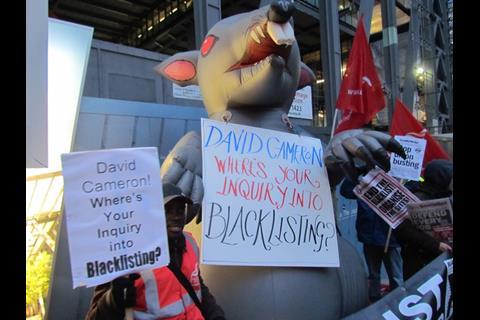 The Cheesegrater tower was the focus for an anti-blacklisting demonstration this morning at the start of a nationwide day of protest over the issue organised by the Trade Unions Congress (TUC).

Protesters from the Blacklist Support Group and Unite the union gathered at the Laing O’Rourke site in the City of London from 7am.

Unite claims that Laing O’Rourke – one of the main contractors facing High Court action over blacklisting and part of the industry’s new compensation scheme for victims of the practice - is particularly anti-union and has barred its representatives from both the Cheesegrater and the Francis Crick laboratory site.

Electrician Frank Morris, who claimed he was blacklisted on Crosssrail for raising safety concerns and recently won his job back and is working on the scheme at Moorgate, attended.

He told Building: “Laing O’Rourke has a particularly anti-union attitude and will not allow union organisers or officers on its sites. People are too afraid to speak out on health and safety.”