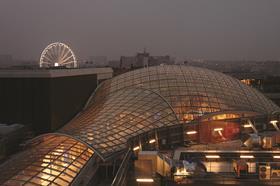 Construction activity in the commercial sector is rising at the second fastest rate since 2003, according to data from estate agent Savills.

Savills’ Total Commercial Development Activity Index recorded a net balance of 34% in January up from 28% in December 2013.

It is the second highest rate of growth recorded by Savills since it started surveying developers and contractors in 2003.

The growth was driven mostly by the growth in private commercial work, which also recorded its second highest ever growth rate, with a net balance of 44% of study respondents reporting growth.

Respondents to the survey were also very positive about the future with a net balance of 36% expecting further growth.

Simon Collett, head of building and project consultancy at Savills, said: “It’s encouraging to see that the new survey high for future expectations was driven by retail & leisure and industrial reinforcing our view that developer confidence has spread beyond London offices.”