Growth across commercial and industrial sectors makes up for slowdown in private housing, according to latest CPA survey 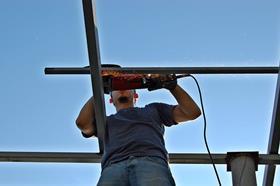 The construction sector grew for the sixth straight quarter in the third quarter of this year, according to the Construction Products Association’s (CPA) latest Construction Trade Survey.

The survey showed growth in private housing output slowed during the period, but this was offset by growth in all other sectors.

Commenting on the survey, Dr Noble Francis, economics director at the CPA, said: “Construction firms reported growth once again in the third quarter of 2014, the sixth consecutive rise in activity for the first time in six and a half years.

“The only dark clouds in construction were seen around margins, which continued to be hit hard.  Construction firms had to suffer rises in costs in Q3 once again and although tender prices also rose in Q3, the benefits of these tender price rises are only likely to be felt when the work from these contracts occurs in 2015.”